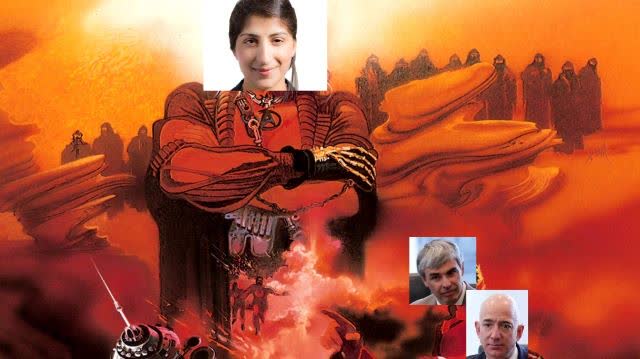 As I noted back in April of 2017, when I dismissed the idea that Kroger (KR) was a threat to Amazon (AMZN) (this was before Amazon acquired Whole Foods, incidentally), the two main risks I could think of for Amazon shareholders were a broad market correction and political risk in the form of antitrust action against Amazon and other tech oligopolies:

In our view, the two main risks for Amazon shareholders are a broad market correction (or worse) that would suck down Amazon along with other stocks, and political risk. We have no indication either is an immediate risk, but when the New York Times is recycling anti-monopoly cartoons from the trust-busting era in an article about Amazon and the other FANGs, it's something to bear in mind. 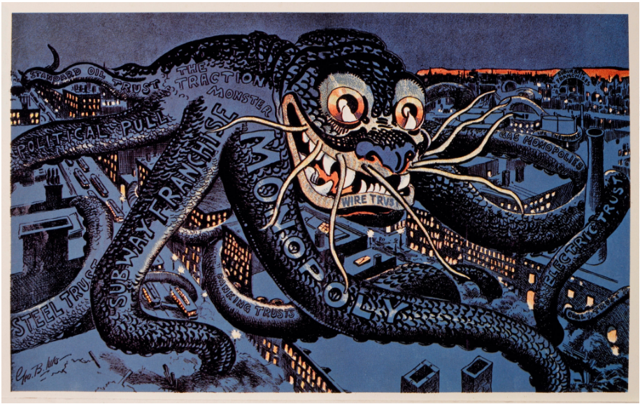 That remains my view, and I still don't have an indication either is an immediate risk.

The risk of antitrust action against Amazon, Google (GOOG) and the rest is likely still small, but now it's no longer zero. The incoming FTC chairwoman, Lina Khan, is a serious critic of monopoly power.

If you're understandably skeptical of the New York Times's credibility on this, see the reaction of Matt Stoller, a leading scholar and critic of monopolies.

In other tweets on Tuesday, Stoller was giddy at this news.

A Problem With Doom Predictions

As I wrote recently, whenever you read investment commentary, it's useful to ask what the writer is selling. In my case, I developed the hedged portfolio method and have a hedging app, so it's in my interest to write about potential risks. That said, it's also in my interest to maintain credibility by not overselling those risks. And as I wrote above, I still think the odds of material antitrust action against Amazon and the other tech oligopolies are low overall. But those odds are certainly higher now with Lina Khan as FTC chairwoman, so it might not hurt to add some downside protection to Amazon if you own it. I demonstrated an inexpensive way of doing so in the video below.