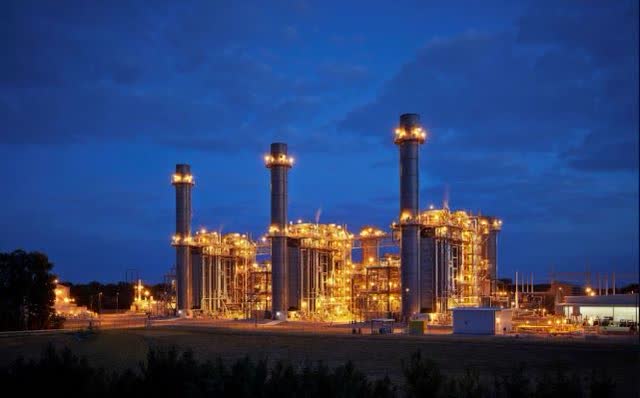 "Everyone Wants Everything, Right Now"

Commodities are back, and from pension funds to physical commodity traders, everyone is making money. The question now is whether it’s a temporary snapback from the pandemic or signals a longer-term shift in the structure of the global economy. King is in no doubt.

“We are facing a structural inflation shock,” King said. “There’s a lot of pent up demand, and everyone wants everything now, right now.”

For the first time since the pre-crisis years before 2008, the commodities boom means central banks are fretting about inflation.

After speculating about whether this may be the start of a new commodity supercycle, Bloomberg's Javier Blas gives Doug King the last word: "This is the beginning of a proper boom cycle — this isn’t a transitory spike."

A Nice Bit Of Synergy 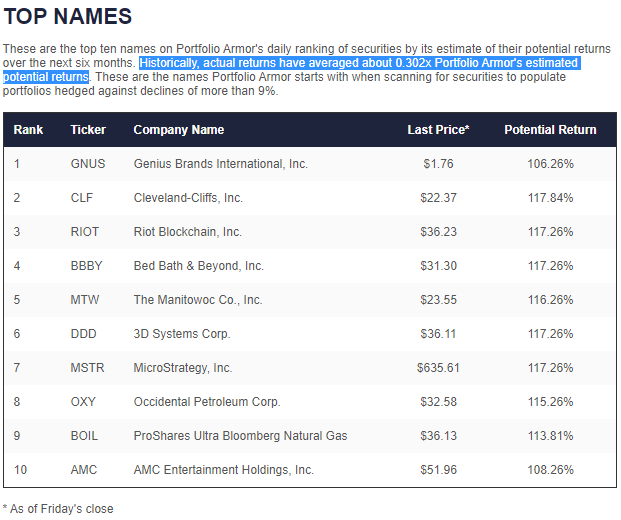 In addition to BOIL, there were two other commodity names in our top ten on Friday: the iron miner Cleveland-Cliffs (CLF) and Occidental Petroleum (OXY). Unlike the other names in Friday's top ten, BOIL is a leveraged ETF. Since our system's potential return estimates go out six months, that raises a question about whether it makes sense to hold a leveraged ETF that long.

Does It Make Sense To Hold A Leveraged ETF This Long?

Our answer is two-fold: If you're not hedged, probably not -- it's too risky. If you are hedged, it can make sense when our system is bullish on it. One example that comes to mind is the ProShares UltraShort MSCI Brazil Capped ETF (BZQ) several years ago.

In 2015 (Betting Against Brazil), our system was bullish on BZQ, which is designed to generate -2x the daily return of the MSCI Brazil 25/50 index, which, in turn, is designed to measure the performance of the broader Brazilian stock market. Six months later, that bearish Brazil ETF was up more than 17%. 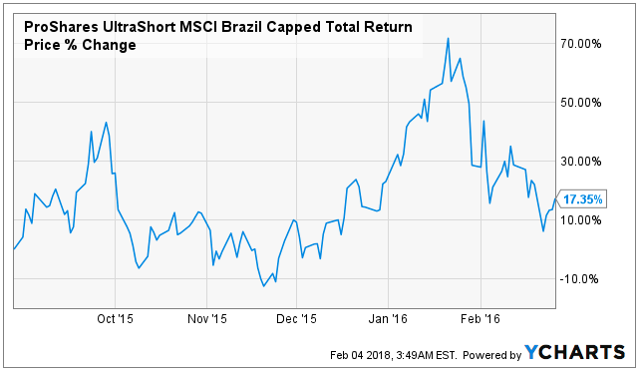 Of course, there's no guarantee BOIL will generate a positive return over the next six months. But the optimal collar below overs three times as much potential upside as downside.

BOIL was too expensive to hedge against a greater-than-22% decline with optimal puts on Friday (the cheapest puts cost more than 22% of position value then). It was possible to hedge it against a >22% drop over the next several months with the optimal collar below though, which offered 3x as much potential upside (66%) over the next six and half months. 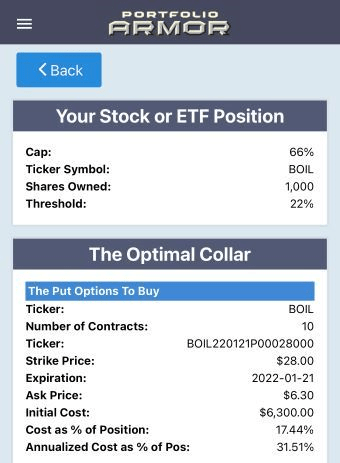 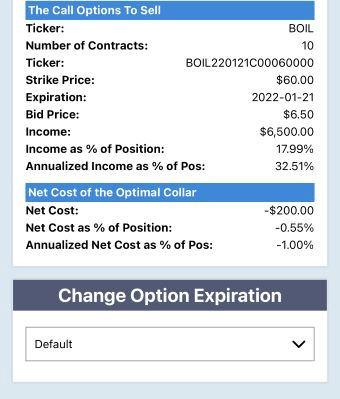 The net cost of that collar was negative, meaning you would have collected a net credit of $200 when opening that hedge on Friday. That's assuming, to be conservative, that you placed both trades at the worst ends of their respective spreads (buying the puts at the ask and selling the calls at the bid). Often, you can buy and sell options at some price within the spread, so your net credit would likely have been higher in actuality.