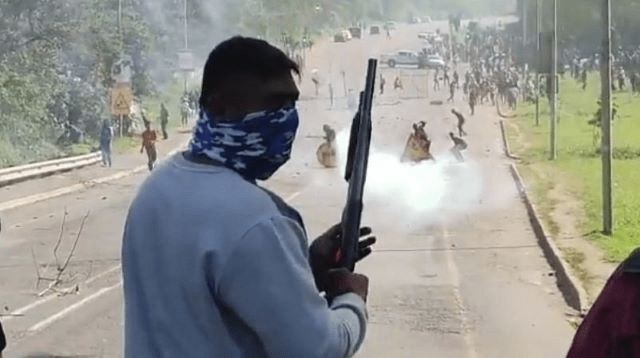 A South African wields a shotgun in an attempt to protect his community from looters.

An ongoing source of strength for the United States over the next 40 years will be its openness to immigration. Indeed, more than most of its chief global rivals, the U.S. will be reshaped and re-energized by an increasing racial and ethnic diversity.

Working to advance that trajectory, the Biden Administration announced in May that it would prioritize Africa, the Middle East, and South Asia for refugee resettlement. With that in mind, it's worth paying attention to another country which prizes its diversity, the Rainbow Nation of South Africa.

In addition to its 80% African population comprised of several different ethnolinguistic groups, and its shrinking white population, South Africa also has a significant South Asian minority. Although cheerleaders of demographic change in the United States generally don't predict we will end up with a majority African population, if we commit to continued mass immigration, and the UN projections graphed by Steve Sailer below prove accurate, it's not entirely out of the realm of possibility. 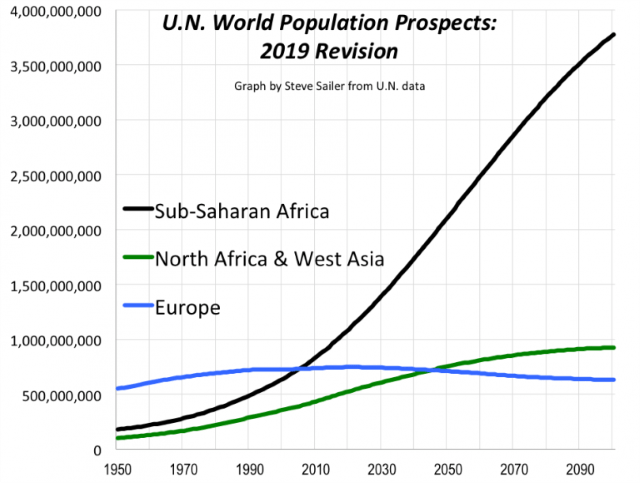 So it's worth paying attention to what's happening in South Africa now.

The arrest of South Africa's former president Jacob Zuma last week has sparked a wave of unrest in that country that makes America's rioting last year look like an amuse-bouche by comparison. Here are some scenes from the chaos, for illustration.

A shopping center in flames.

The shotgun-wielding South African pictured above and his comrades holding off looters.

Molotov cocktails thrown at the vehicles of suspected looters.

Vigilante justice administered with baseball bats in broad daylight. This is one of a number of tweets claiming there is targeted violence between African and Indian communities in South Africa now.

"KZN" in the tweet below is a reference to the KwaZulu-Natal province in southeastern South Africa.

Another widely-shared tweet includes audio claiming that police have called on armed citizens to help fight looting, with little restriction in their use of force. The Spar Group mentioned there is a South African grocery chain.

Those Who Don't Pay Attention To The Present

George Santayana famously wrote that "those who cannot remember the past are condemned to repeat it.". To that we ought to add an admonition to pay attention to the present. America seemed to pay much more attention to South Africa during the struggle against apartheid. Once South Africa had its multiracial elections in 1994, we saw that as a democratic happy ending. South Africans seem to see it differently.

We ought to listen and try to learn from them.

A South African physician named Jonathan Witt wrote a thread detailing the political situation in the country that led to the current crisis; I don't know if he would agree with Flavus's pithy summary of it here, but having read the thread it seems fairly accurate, if politically incorrect.

Also, South Africa's largest oil refiner going offline reminds us of something we wrote about in our previous gloom & doom post (America's Descent To Third World Status). There, we mentioned an investment idea related to institutional decline, the home generator company Generac (GNRC), which was one of our top ten names last Friday. Generac was our #1 name as of Tuesday's close. The video discusses that, and talks about ways to limit your risk in it in case we're wrong about its prospects over the next several months.

We used our app to scan for hedges against >17% declines in that video, for illustration purposes, but if your risk tolerance is higher or lower than that, you can adjust accordingly.