The “independent” “Home of Progressives” online news media outlet The Young Turks — backed by a $20 million investment from Hollywood producer and Clinton mega-donor Jeffrey Katzenberg to support their grassroots bona fides – is on a warpath to vaxx the children.

In a July 26, 2021 segment uploaded to YouTube on state-by-state laws requiring parental consent for vaccinations, co-host Ana Kasparian at the 9:08 mark declares:

The contributor, a Democrat Party operative named Dr. Rashad Richey (a “doctor” in education, not a medical doctor) followed up to drop the child-vaxx hammer:

“Wow, it’s so disturbing to hear that because literally, you have, um, children who are more informed, who are more scientific… and they should be able to make these kind of healthcare decisions without parental consent.”

The law – not to mention common sense – in multiple contexts, including this one, recognizes that children do not have the cognitive wherewithal to make potentially life-altering decisions.

Nonetheless, per neoliberal logic, children under 18 can’t buy a pack of Marlboros but they can – at least the “scientific” ones (whatever that means) – submit to an experimental mRNA gene therapy passed off as a “vaccine” with no long-term studies.

CNN Executive on Vaxxing Hesitant Americans: ‘The Carrot Is No Longer Going to Work’

Casually observers of the news – the vast swathes of Americans who don’t pay attention to what their government and the corporations that own it are doing to them – may mistakenly assume that The Most Trusted Name in News™ CNN© is in the news-delivery business.

The evidence of this statement of fact – much of which we have chronicled here at The Daily Bell – is legion. Nowhere, arguably, is CNN©’s non-news agenda more evident, though, than in a recently leaked internal email from Washington Bureau Chief Sam Feist on beating the unvaxxed with (a presumably metaphorical, perhaps physical) stick to get them to submit to the shot. 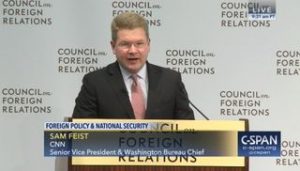 “FW: #NEWS: A majority of unvaccinated Americans say they’re unlikely to get the Covd-19 vaccine, regardless of outreach efforts”

In the body of the email, Feist writes:

“This is the point re: carrot vs. stick. The carrot is no longer going to work…”

Don Lemon Issues Fatwa: No Access to Food For Unvaccinated

“I’m sure a lot of people are not going to agree with this, but don’t get the vaccine, you can’t go to the supermarket.”

Dominatrixes Command Subs to Vaxx Themselves

“If you want to have the opportunity to session and/or film with me, you will need to be vaccinated…. If you’re not willing or able to get your vaccine, then you don’t need my feet in your mouth. It’s as simple as that.” 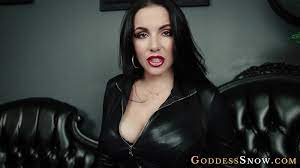 COVID variants, in the above context, are the gifts that keep on giving:

“Viruses mutate constantly. This is especially true of viruses that contain RNA as their genetic material, such as coronaviruses and influenza viruses.”

The COVID regime is carefully titrated psychological warfare used by authoritarians for time immemorial — forever turning the heat up, one degree at a time, one obscene restriction imposed on a formerly free people at a time…

Accordingly, it’s way past time, if you haven’t already, to face some hard facts. If the social engineers, headed by COVID Warlord Anthony Fauci, the federal bureaucracy, and the WHO get their way: 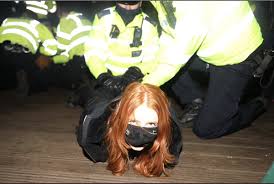 Stop being naïve: THIS IS 21st CENTURY WARFARE – what the Chinese government calls “unrestricted warfare” — waged by totalitarians against basic human dignity. And, for the moment, we — the average, decent people not only of the United States but the entire world — are losing.