Unlike other cults, The Church of Neoliberalism® represents an unprecedented existential threat to Western civilization. To that end, it enlists the support of the most powerful institutions on Earth including: 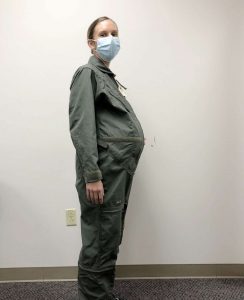 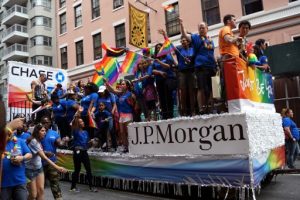 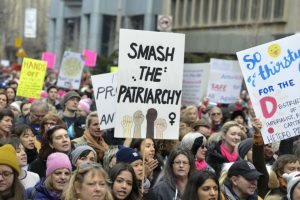 The Christian God forbade idol worship as a blasphemy. However, under Church of Neoliberalism® dogma, Christianity = patriarchy and so they reject its prohibitions.

Accordingly, idolatry is what you get: Slay Queen Pelosi and her band of Slayers – empowered, brave, pioneering. Madam Speaker. Yasss. 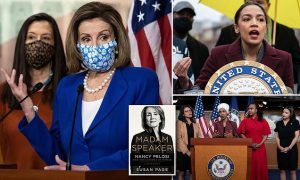 Neoliberalism® codifies into its dogma sex rituals considered in cultural contexts outside of the community to be distasteful or risqué, as nearly all cults historically have, exemplified in the case of ancient feasts to honor Dionysos, Greek god of pleasure and frenzy:

“The wild flock of maenads (bacchantes), who in their frenzy ripped apart young animals and devoured the raw flesh, was accompanied by nymphs, satyrs, and sirens, who performed openly obscene acts. In the train of the Magna Mater cult, these rites entered Rome in the third century bce. Followers of this cult not only performed sexually excessive acts, but also criminal deeds.”

The modern ritual perversion that Neoliberal Church® members can really sink their teeth is witnessed in “drag queen story hours” for public school kindergarteners wherein the pupils sit on the laps of crossdressing men to receive communion: 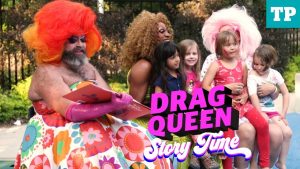 In this context — the exploitation of vulnerable children — the Neoliberal Church® follows a rich legacy of other institutions of noted public record such as the Kidwelly Sex Cult.

Fully indoctrinating new cult members requires a cleansing of the outside cultural filth, a mopping up of the remains of popular resistance to the new state religion.

This includes, critically, severing ties with naughty family members who won’t get on board – in the case of Neoliberalism®, of any #MAGA family members (the ultimate heretics). Consider Alex, a 21-year-old trans TikTok “man” with a message for her satanic #MAGA Daddy:

“I will never forgive you fully for putting this tyrant in office… You, personally, with your voting have directly limited my rights and safety.”

Normal people – who don’t brutalize their own psyches by visiting Tumblr and so still have souls – are likely to be unfamiliar with terms like “BIPOC.”

I saw “BIPOC” pop up around 2019 and ignored it for two months, hoping it would go away. It didn’t, and ultimately, I was forced to google the term.

“Some effects of racism overlap, but others, such as police brutality, remain largely unique to a specific group… The choice to use ‘BIPOC’ reflects the desire to illuminate specific injustices affecting Black and Indigenous people.”

The Neoliberal Church® is chock full of inherently self-contradictory logic which, if challenged or questioned, is tantamount to transphobia… or something:

A.] transgender people are just like everyone else and deserve to be treated the same. They just want to live their lives, transphobes.

and, at the same time:

B.] transgender people are exceptional and therefore worthy of special consideration such as the forced adoption of alternative pronouns created out of thin air

A.] gender is an oppressive social construct used to pigeonhole individuals in the patriarchy into conformity

and, at the same time:

B.] transgender people would like to force their peers to participate in the oppressive social fiction called the patriarchy by haranguing them into acknowledging their self-determined gender identity and using their ‘preferred pronouns’

In Neoliberal® dogma, feeling is substituted for thinking. Logic is suspended in Neoliberal Candyland® by divine decree.

Bigoted heretics alone point out the flaws in neoliberal logic. For example, only anti-vaxxer right-wing Infowars conspiracy theorists point out the contradictions between the “my body, my choice” rhetoric regarding abortion and the suspension of such commitments to personal autonomy where it concerns experimental COVID-19 “vaccines.” 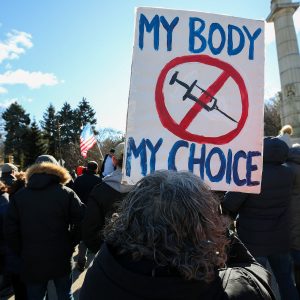 Violators, as explained in a previous section here, will suffer the same fate as the anti-woke #MAGA heretics:

“Things should get personal… People should require friends to be vaccinated to attend the barbecues and birthday parties they host. Friends don’t let friends spread the coronavirus.”

Rather than reaching an organic consensus via intra-group dialogue between equal members, cult regimes prioritize compliance by hierarchical decree.

How does that make you feel?

Not everyone caught up in a cult drinks the Kool-Aid, as it were. Some Neoliberal Church® members – disproportionately found in leadership positions – are there for the cash and fame. Or, as the poet TI put it:

That’s how all my [BLM comrades] roll”

According to the latest tally, the head BLM lady bought 4 properties totaling $3.2 million in value with the cash she made atop the movement. 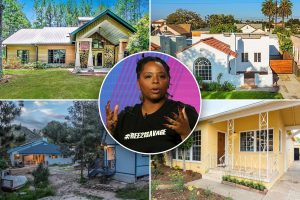 Submission, as any common domestic abuser knows, is the ultimate show of devotion. 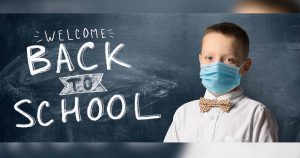 The younger the marks can be indoctrinated, the better.

In addition to inducing compliance, group submission at the altar of Neoliberalism® has the added benefits of “building community,” reinforcing the concept of collective guilt and nullifying individual identity. 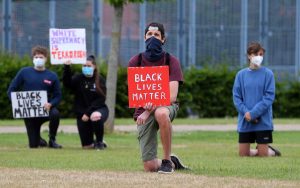