This statement of fact, once regarded as “fringe,” is no longer disputable in the face of the evidence: Beginning in March 2020, the corporate state, aided and abetted by its media lapdogs, has waged all-hands-on-deck information warfare – what the Chinese Communist Party (CCP) and its People’s Liberation Army (PLA) call “unrestricted warfare”:

“The CCP has sought to control content and dominate discourse in China’s online environment, including through censorship and propaganda that is both internal and external in its focus…

For the People’s Liberation Army (PLA), psychological warfare is an integral element of information operations… to be undertaken continuously throughout peacetime and wartime across all domains…

“Psychological warfare, along with legal warfare and public opinion warfare, known as the ‘three warfares,’ are seen as critical to seizing ‘discourse dominance’… The core concept in CCP/PLA political warfare is that of ‘disintegrating enemy forces’ through non-kinetic measures.”

In this way, when the table is set properly, a conquering force can subdue a People (even a domestic population) without necessarily firing a single bullet. When it comes to waging war on a defenseless civilian population, the CCP operates at the tip of the spear.

A few of the most jaw-dropping CCP-inspired information warfare operations that the globalized corporate state is currently conducting against its own populations include: 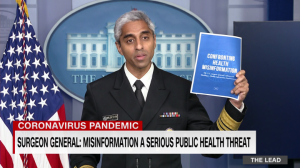 “A substantial number of people still do not feel sufficiently personally threatened; it could be that they are reassured by the low death rate in their demographic group… the perceived level of personal threat needs to be increased among those who are complacent, using hard-hitting emotional messaging.”

“Biden allied groups, including the Democratic National Committee, are also planning to engage fact-checkers more aggressively and work with SMS carriers to dispel misinformation about vaccines that is sent over social media and text messages.”

These are just a handful of the legion of previously unimaginable abuses unleashed upon the supposedly free populations of Western Europe, the Americas, and Oceania with COVID-19 as the pretext.

The noose on basic human liberties, once taken for granted, tightens by the day.

Lest the illusion remain that Western governments respect the rule of law and the principles of the Renaissance and Enlightenment that informed our systems of government, such considerations belong to a bygone era. No institutional supports for them exist in the Brave New World under construction before our eyes.

Countless academic policy papers produced in Western academia have supported, to one degree or another, the Chinese government’s COVID policies:

“Trying to eradicate the virus through comprehensive lockdown (suppression) has the advantage that it appears to work. As far as one can tell, it seems to have worked in China.”

“There’s a level of admiration I actually have for China. Their basic dictatorship is actually allowing them to turn their economy around on a dime.”

Billionaire Vice-Chairman of Berkshire Hathaway Charlie Munger, when asked about the CCP’s disappearance of Jack Ma after he attempted to deliver access to financial resources to more average Chinese people, said:

“Communists did the right thing. They just called in Jack Ma and say, ‘You aren’t gonna do it, sonny.’ And, and I wish we had a, I don’t want the, all of the Chinese system, but I certainly would like to have the financial part of it in my own country.” 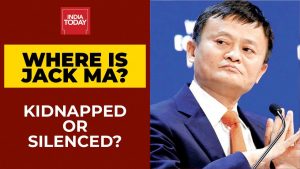 Billionaire “philanthropist,” likewise, Bill Gates said that “China did a lot of things right” in the COVID context.

On the list of things that Gates believes China “did right,” in addition to disappearing scientists among other human rights abuses, he was presumably alluding to mass internet censorship:

“Chinese social media platforms began censoring references to coronavirus and keywords critical of the government’s handling of the infection as early as December [2019].”

From the above-referenced report:

“On Feb 5, 2020, the Cyberspace Administration of China (CAC), the top-level Internet governance agency in China, issued a public statement stressing that it would punish ‘websites, platforms, and accounts’ for publishing ‘harmful’ content… related to COVID-19… saying that it would carry out ‘thematic inspection’ of their platforms.'”

Make no mistake: this is information war. Until enough of the population lays down the gauntlet, we will continue to plunge into rule by corporate-state fiat rather than rule of law, or even just of human decency.

As New South Wales Health Minister Brad Hazzard in Australia recently dictated to the locked-down public he oversees, “expect that we will have transmission from time to time and that’s just the way it is. We’ve got to accept that this is the new world order.”

Or, as unelected globalist bureaucrat WHO Director-General Tedros Adhanom Ghebreyesus declared, “There will be no return to the ‘old normal’ for the foreseeable future.” 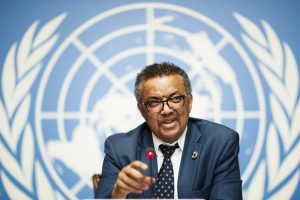 By “foreseeable future,” he means the lockdowns and mask mandates and medical credentials to access basic services will continue “as long as the rank-and-file tolerate our abuses.”

Unfortunately, as the culled Chinese people serve as the sterling model of a domesticated, subservient public that Western governments seek to recreate among their own populations, that could mean “forever” without corrective action on our part.