Left-wing billionaire George Soros is bankrolling the political arm of the Sunrise Movement, a far-left group engulfed in an anti-Semitism controversy after its Washington, D.C., chapter said it will no longer hold rallies with Jewish organizations.

As part of his eight-figure cash infusion during the 2020 election cycle Soros’s Democracy PAC gave $250,000 to Sunrise Movement’s political action committee, according to Federal Election Commission filings reviewed by the Washington Free Beacon. Sunrise PAC also received $500,000 from the far-left dark money group the Sixteen Thirty Fund, which received $9.6 million from the Soros-run Open Society Policy Center in 2019. Those two donations constituted nearly a third of the $2.35 million Sunrise PAC raised from Jan. 1, 2019, to Dec. 31, 2020.

Sunrise DC was widely condemned last week after it released a statement on "future coalition spaces with Zionist organizations." The group said it will not appear at a rally for Washington, D.C., statehood because other left-wing groups in attendance, such as the National Council of Jewish Women and the Religious Action Center of Reform Judaism, support Israel’s existence as a nation. The group said the fight for D.C. statehood was "incompatible" with Zionism.

Soros did not respond to a request for comment on his future funding of the organization. 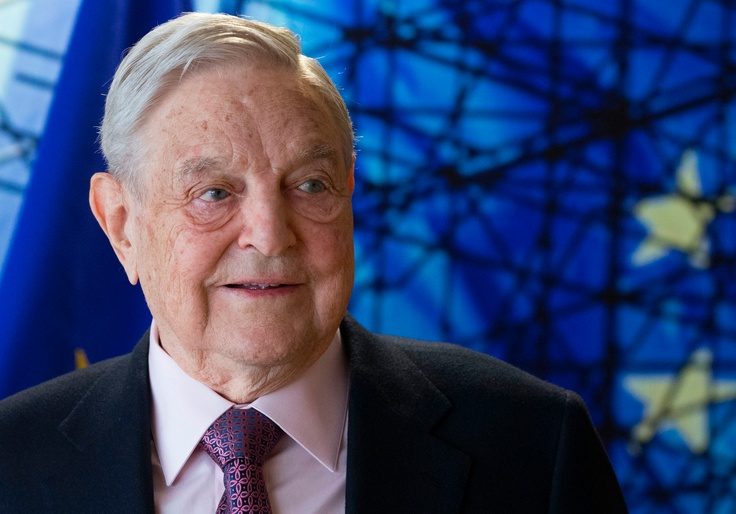 Soros and his allies have raised the alarm about anti-Semitic attacks against the billionaire, but his decision to bankroll a group purveying an anti-Semitic trope—and his silence in the face of it—raises questions about his sincerity.

For example, when Virginia gubernatorial candidate Glenn Youngkin, a Republican, mentioned Soros at a rally earlier this month, Democrats said his comments were anti-Semitic.

"Evoking George Soros as a shadowy funder is an anti-Semitic conspiracy theory," Rep. Elaine Luria (D., Va.) said in a tweet. "This is an unacceptable statement from Glenn Youngkin." Luria did not respond to a request for comment on Soros and the Sunrise Movement.

Soros's involvement in the Sunrise Movement raises questions about how he oversees the distribution of his fortune. Sunrise isn't the only anti-Semitic group Soros is known to give money to that has promulgated anti-Semitic tropes. He also funds the isolationist Quincy Institute, a think tank that employed scholars such as Sarah Leah Whitson, a former Human Rights Watch executive, who appeared to celebrate draconian public health measures used early on in the coronavirus pandemic by the Israeli government. She said whatever inconvenience they imposed on Israeli citizens was not enough to compensate for the suffering they have perpetrated on Palestinians. Whitson later deleted the tweet and said it "didn’t come out right."

Rabbi Abraham Cooper, associate dean and director of global social action at the Simon Wiesenthal Center, a Jewish organization formed to combat anti-Semitism, said Soros should cease his funding of the Sunrise Movement and other anti-Semitic organizations.

"Major funders of progressive causes as well as conservative causes have an obligation not to donate to individuals or institutions who are anti-Semitic," Cooper said. "When such bigotry is exposed, they should publicly stop further support—financial or otherwise."

The Sunrise Movement’s national chapter eventually called the decision by Sunrise DC "anti-Semitic and unacceptable." On Sunday, Sunrise DC apologized for its decision, although it reiterated that it "stand[s] against Zionism."

In August 2020, Open Society Foundations president Patrick Gaspard, a longtime deputy of Soros, defended the anti-Semite Stokely Carmichael, who once said Hitler was the only white man he could respect. His remarks came after former president Bill Clinton said the civil rights movement briefly "went a little too far towards Stokely."

"I didn’t want to tweet this during the funeral for John Lewis, but who is Bill Clinton to show up at a black funeral to attack Stokely Carmichael? Stokely was ours," Gaspard said in a now-deleted tweet. "He was targeted for destruction by the FBI and forced into exile. He gave all for us. Bill Clinton ain’t no hero.

GoldFix/Bitcoin Ask: Subscribe if you like this. It's what we're passionate about. It's what matters- providing a service people value. Helping people preserve wealth and grow families. It's $5 a month for daily reports and podcasts like this