“First they came for the grandmas, and I did not speak out—
Because I was not a grandma.

Then they came for the marines, and I did not speak out—
Because I was not a marine.

Then they came for me.”

The undisputed #1 global leader in medical rape, Warlord Fauci — who carries on the legacy of Genghis Khan in the modern age — finally got the highly-anticipated green light from a captured FDA panel to go after the kindergartners:

“The benefits of Pfizer’s COVID-19 vaccine for children ages 5 to 11 outweigh its risks, according to an independent panel of vaccine experts* that advises the FDA.”

*”Independent panel of vaccine experts” = propaganda-speak for a consortium of government-funded academics, industry insiders, and Big Pharma-funded researchers with a vested interest in serving the biomedical agenda.

“Dear Madam/Sir respected, vaunted expert panelist who relies on your status in the good graces of the public health apparatus and Big Pharma for your career and research funding, would you like to weigh in on whether we should give the very same groups that you depend on for your livelihood what they want. We need the stamp of approval of a true independent thinker such as yourself to lend scientific credibility to our injection agenda [wink, wink]. Because we respect the Science©. Your future position with the research institute or lobbying firm of your choice definitely doesn’t hang in the balance here [lol].” 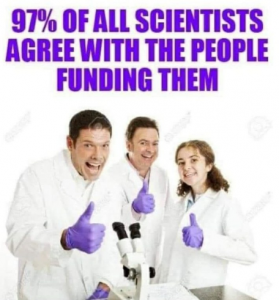 The FDA wants you to know that they are serious, trustworthy guardians of the public welfare. It’s totally not like the systemic, endemic corruption of the “trusted public health experts” in government is how Big Pharma’s business gets done (including price-fixing, looting the public treasury to fund private research, etc.) via the revolving Big Pharma/regulatory/lobbying door. That’s a dangerous MAGA-fueled conspiracy theory lie. 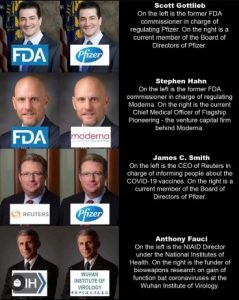 Exhibit A that the “FDA approval” game was rigged from the start: Warlord Fauci’s NIH/CDC/Pfizer medical army openly, publicly plotted to inject the children and organized the logistics to do so as early as October 20, long before the issue of shooting up the kids had yet even passed through the formal approval process.

At the 08:20 mark, they admit to already having procured enough vaccine for every single child in the US – down to the child-sized syringe needles and vials to shoot them up with. 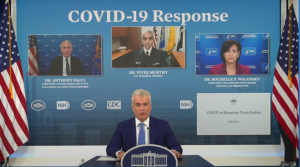 None of this, a fact which has somehow become a footnote in the larger public conversation, is medically justified. As we have previously reported, a healthy child’s risk of becoming seriously ill or dying is infinitesimally small — so tiny as to be statistically irrelevant (2 in a million).

Via the New York Times:

“For children without a serious medical condition, the danger of severe Covid is so low as to be difficult to quantify.”

Nonetheless, the vaxx agenda rolls on unimpeded by the Science©, so the White House special-sized needles that it ordered are going into the kindergartners’ tiny arms.

Someday — after the world has awakened to the horrors in the process of being unleashed upon the most vulnerable among us and the museums open to commemorate the new Holocaust are built — it will be tiny little syringes instead of the tiny little shoes currently on display at Auschwitz. 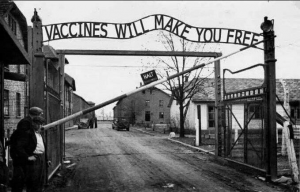 FDA Advisor: ‘We’re Never Going to Learn About How Safe the Vaccine Is Unless We Start Giving It’

On October 26, the FDA panel of “independent experts” did the standard Kabuki Theater fake news “will they/won’t they?” routine before voting 17-0 in favor of jabbing the children, to give the impression of due diligence– even though any analyst worth his salt knew back in 2020 that they would green-light these mRNA gene therapies for children after getting through the adults.

FDA panelist Eric Rubin summed up the modern ethos of the FDA:

‘We’re never going to learn about how safe the vaccine is unless we start giving it,’ Rubin said. ‘That’s just the way it goes, and that’s how we found out about rare complications of other vaccines.'” 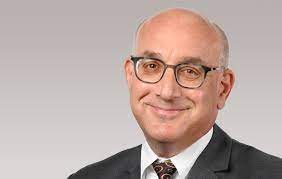 Above: Dr. Eric Rubin, FDA Panelist and New England Journal of Medicine (NEJM) and NEJM Group as Editor-in-Chief, owner of the most trustworthy face in history 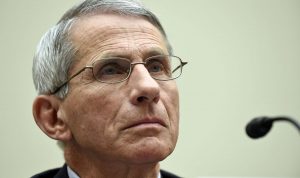 Via CNN State of the Union:

“When [FDA approval] gets established, which I believe it certainly will  … I believe that mandating vaccines for children to appear in school is a good idea.”

Of course, above is the updated incarnation of Fauci’s position on child vaxx mandates, who switches his “science-based” recommendations with the political winds. This was Fauci just last year, in August 2020:

“I don’t think you’ll ever see a mandating of vaccine, particularly for the general public… You cannot force someone to take a vaccine.”

So, what changed between then and now? Nothing except the sensed opportunity to get more shots into more slaves’ arms. Back then, the social engineers predicted mass pushback against going after the children (and the rest of the public) with mandatory vaxxes.

But their calculations changed when they realized, given the brewing culture war, how easy it would be to force the vaxx agenda on a sizeable enough portion of the domesticated left, and then to leverage that popular support to shame and threaten the holdouts into submission.

The lesson here is that they will push exactly as far as you let them – even as far as vaxxing the babies, which is where this is all headed:

Peppa Pig Sets a Good Example, Gets Wrecked by the mRNA Gene Therapy – For the Children, and For Science©

If your child goes full MAGA domestic terrorist and absolutely won’t sit still for the injection, you can reassure them that their most trusted confidant, a weird postmodern cartoon animal called Peppa Pig, got wrecked with the Fauci Ouchi too: 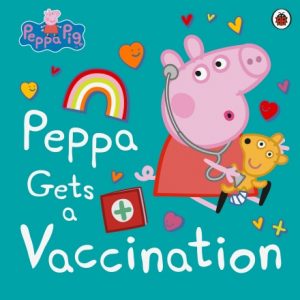 If the masks (which teachers have repeatedly been caught taping to children’s faces), the social distancing, and the endless propaganda weren’t enough, when they come with the needles, God willing, you’ll finally get it: your child’s physical and mental well-being depends on you rescuing them from the public school system and a sick society at large.

The only long-term solution here is the creation of a parallel society based on respect for individual autonomy, as envisioned eloquently by Gab founder Andrew Torba. 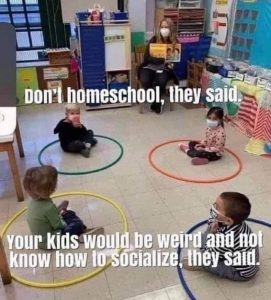