From The Author Of Our Addiction Economy

The progressive reaction to Kyle Rittenhouse’s acquittal is hard to understand at face value.

The facts of the case were well-documented and uncontroversial from the beginning — he wasn’t a counter-protestor, he didn’t do anything provocative, he retreated until retreat was no longer possible, and he never harmed anyone who wasn’t directly, explicitly, and immediately threatening his life. There’s no way of impeaching his conduct that doesn’t collapse in on itself when you apply the same standard to the people who attacked him.

Obviously if he had gone there to fight the people destroying his city, that would have been laudable, but you can at least see how there would be a culture-war angle there, a fundamental disagreement about values.

My point is not that Kyle is innocent — you know this — but that it’s not obvious why this case should have become a political flashpoint at all.

Hard to believe, given the coverage of the Rittenhouse case, but news organizations are actually capable of straightforward, local-crime-style coverage of defensive gun use — and despite the state sponsorship of the riots in general, some antifa goblins did actually catch charges from their actions.

So you can imagine a world where Rosenbaum and Huber are quietly added to the pile of nameless riot fatalities, Rittenhouse is quietly added to the Heritage Foundation’s list of “good guys with a gun” to own the libs with, and everybody moves on. All they had to do was nothing.

Instead, the progressive story is that Kyle was a Nazi school-shooter who went to Kenosha to slaughter protestors, and who was acquitted because Judge Schroeder and the jury love white supremacy and endorse mass murder as a political tool to suppress protests for racial equality. (I’m trying to convey a rough average of what I heard from mainstream commentators, not schizo tankie accounts with 200 followers on Twitter. I don’t believe I’m exaggerating.)

There are media narratives that are built on “spin” — a particular interpretation of the facts — but this narrative requires that the public have no independent contact with the facts whatsoever, even though the event was recorded from half a dozen angles and discussed in minute detail by witnesses under penalty of perjury, on a national broadcast, for weeks.

Many of our lawyer friends have noted that, in particular, the accusation of “white nationalism” is so baseless that you can probably hang a libel case on it — but before you get mad about how unfair all this is, take a minute to consider just how weird it is.

You can understand why an ordinary low-info voter would be furious about this verdict as filtered through the fascist school-shooter narrative — but the people who built that narrative don’t believe it, and they seem madder than anybody. Something he actually did — not what they said he did — makes them want this kid raped, tortured and executed.

You could say “they just hate Middle America”, or “downscale whites”, and you’d be right, but again: downscale whites do in fact defend themselves with guns, sometimes even against People of Color, on a fairly regular basis without pulling this kind of heat.

So what is actually driving the bloodlust?

The answer emerges when you consider it from the opposite view: why did this painfully apolitical kid become a folk hero on the Right? Why did we all stop work last week to feverishly consume the details of a trial that has no direct legal ramifications for anyone but Kyle Rittenhouse?

Answer: Rittenhouse exposed a discontinuity between the constitutional system that most Americans believe in, and the machinery of perpetual revolution that governs them in practice. By precisely obeying the Law, but still running afoul of the State, he revealed the difference between the two — and the system absolutely depends on that difference remaining concealed.

The revolutionary system of social control works through a combination of media manipulation, selective deployment of police, and prosecutorial discretion.

It requires both sides of the conflict to internalize, without being told, two very different understandings about what will be tolerated and what will be punished:

Rioters need to understand that as long as they stick to fists and bottles and chains, and make at least a cursory effort to conceal their identity, the law won’t touch them.

Ordinary citizens need to understand that their obligation, if they witness a protected class of crime, is to mind their business — or, if they must, call the police, who will show up 45 minutes later to take statements. (But be very careful about that, too.)

Obviously you still have the legal right to intervene and defend yourself, just as you still have the right to express Biblical positions on gender and sexuality — but anyone who contemplates this had better be punctiliously correct about it, and everything else in their personal life, or be destroyed — if not by the criminal justice system, then by the civil; if not by the civil, then by the media and Human Resources and the IRS. (For a good work we stone thee not, but for prohibited deductions!)

Well, a good man is hard to find; few of us are punctiliously correct across all of those dimensions, and even fewer could afford to prove it in court — so in practice, people learn to keep their mouths shut and mind their business. But it’s very important to the survival of the system that every decent man believes that he would be free to do this, if only he were Righteous, if only his hands were clean. Don’t try to protect your community, don’t try to be a hero: think on your sins.

They need these underhanded methods because the regime is still utterly dependent on the traditional American legal system.

Their enemies far outnumber them, dominate law enforcement and the military, and own the majority of the 400 million civilian guns in the United States. They not only need their enemies to fear and respect the written law, they need us to do most of the work of enforcing it.

They need all those normie conservatives to believe that Soros-backed communist DAs who leave a revolving door for leftist militants, and Democratic mayors and police chiefs who withdraw police protection in the middle of a riot, are actually legitimate components of the American constitutional order, rather than parasites working to overthrow it. 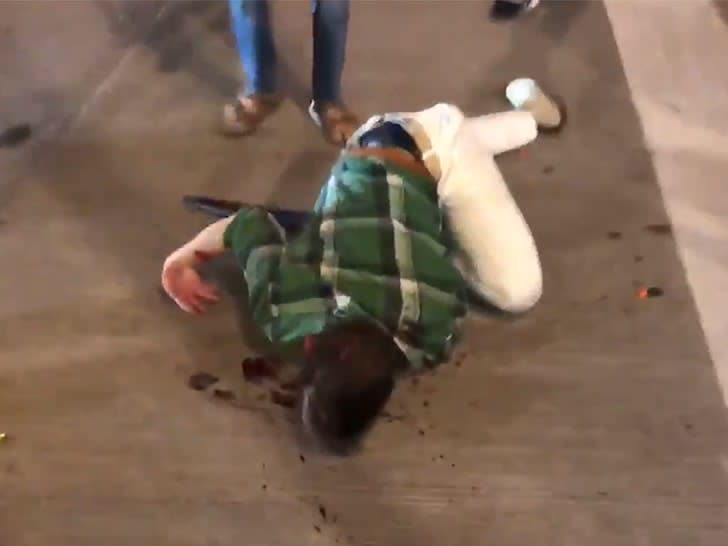 Everyone who paid attention to the case knew that Rittenhouse was punctiliously correct, ideologically untarnished, unambiguously within the bounds of the law as written.

So he essentially called the regime’s bluff, and put them in a very difficult position:

Stripped of their usual weapons, they could either continue treating Rittenhouse like a criminal, and reveal the hidden system that he had offended against — or they could decline to charge him, essentially disavowing their agents and declaring open season on leftists engaged in street violence.

As to the latter option: Trump taught them how weak their powers of persuasion (and even soft social coercion) have become. They are “watching tools for narrative enforcement fail in real time”. This is no time to abandon goon squads as a tool for public education.

So they had to make an example of Rittenhouse. But instead of admitting that he didn’t break the law, and the law doesn’t matter, they decided just to make up some crimes, and try for a conviction on MSNBC. They couldn’t control the facts the jury would hear, but they could make sure that half the country regards the verdict as “worse than the Emmett Till trial” and knows where the jurors live.

Given how long the jury deliberated, it looks like they came pretty close to threading the needle — but here we are.

They didn’t admit that Rosenbaum, Huber, Grosskreutz et al were in fact agents of the State, but they didn’t disavow them either. Apparently the plan is to blandly “respect the jury’s verdict”, make some noises about reforming the criminal justice system, and wait for a happier news cycle.

Some large media conglomerates will likely have to eat a pretty substantial defamation settlement. The risks they took are indicative of the predicament they were in. Rittenhouse’s team is not going to get a hand in Joe Biden’s pocket, but it’s fun to dream.

The regime is right to worry that the verdict will make protests more volatile, as they’ve further obscured the question of which system governs these spaces when the “state” withdraws.

Neither acquittal nor conviction would have settled anything legally, but now that the State that has integrated stochastic extralegal violence, the law matters less than public perception. (Since the regime holds the commanding heights of public perception but have not yet explicitly captured the law, this is generally the way they like it.)

Armed right-wingers at rallies will likely be more assertive, and leftist rioters will feel more threatened by them. The dark possibility is that, if the online rhetoric is any indication, some excess deaths will be caused not by legitimate fear, but by pure pique.

But the most serious consequence of the state’s failure here is that millions of people — some of whom are mentally unstable and comfortable with violence — now believe that the state of Wisconsin has given official moral sanction to fascist mass murder. It took less than 72 hours for that lie to get five people killed. There will be more.

As to the legacy of St. Kyle:

Physical courage is a rare virtue today, and if what Rittenhouse did was foolish, I hope that one day my sons will be that kind of foolish. Having said that, his deliverance was a genuine miracle. If he had acted an instant sooner or later at any of a dozen decision points, he would be dead or in prison. He clearly caught the right judge and jury — seven women and six men who defied the regime and did the right thing, and God bless them for it.

The burden of guarding civilization from these mutants can’t fall on teenagers acting alone on their own recognizance. We are waiting for courage from our leaders.

You can follow JC Bennett on Twitter here, subscribe to his Substack here, and learn about his fraternal organization dedicated to ending our reliance on corporate employment here.