*Isn’t it weird that the media – which insists on trusting in the sanctity of the “experts” (translation: “handpicked government-approved scientists who toe the forced-vaxx, pro-lockdown line”) – makes a glaring exception for a college dropout billionaire? 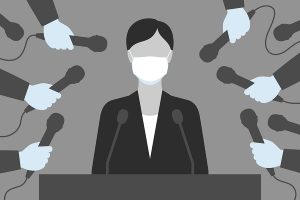 Bill Gates’ relevant expertise is in… what as it relates to COVID-19? How to monopolize an industry and leverage profit out of it?

(more on why the media worships at the Gates altar later).

Recently, Gates has diverted from the COVID hysteria to strategically fear-monger about weaponized smallpox – which, conveniently, he has the solutions to remedy: more (patented, highly profitable) drugs and more social control.

“You say, OK, what if a bioterrorist brought smallpox to 10 airports? You know, how would the world respond to that?

“It’ll take probably about a billion a year for a pandemic Task Force at the WHO level, which is doing the surveillance and actually doing what I call ‘germ games’.” 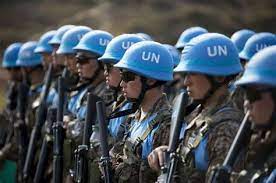 All the way back in April 2020, Gates appeared on Stephen Colbert’s Propaganda Power Hour to set the rhetorical stage for what he called “Pandemic Two,” scheduled to follow the COVID one just underway.

“The idea of a bio-terrorist attack is kind of the nightmare scenario, because they’re a pathogen with a high death rate.”

In fact, despite the fact that Smallpox has been eradicated in nature since 1977, Gates has hammered the bio-weaponized Smallpox talking point since at least his 2015 Ted Talk:

“If anything kills over 10 million people in the next few decades, it’s most likely to be a highly infectious virus rather than a war. Not missiles, but microbes.”

The essential unanswered question, though is: who is the terrorist in this scenario?

Gates never elaborates on the unnamed terrorists hatching the terror plot. He never theorizes their motivations. Despite his assurances that the threat is imminent, he never explains the mechanics of how the attack might actually occur.

Notice that his corporate media interviewers, playing their part dutifully, never follow up with the obvious questions:

Who has access to smallpox, or control over the labs**, or the funds to weaponize the virus? Who has the resources to make this happen? Most importantly, cui bono: who benefits?

**The only known depositories of the smallpox vaccine exist in Russian and US labs, controlled by the WHO:

“The World Health Organization is justly proud of the global effort that led to the eradication of smallpox; but the truth is that the job remains unfinished. Although it is almost 30 years since the last natural transmission of smallpox virus (Variola), laboratories in the United States and Russia retain virus stocks.” 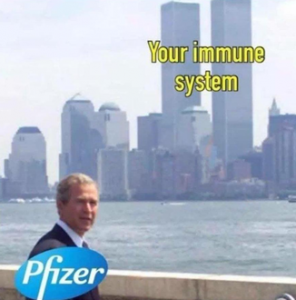 To treat a disease that has been eradicated from the Earth for over 40 years, pharmaceutical firms have poured significant resources into R&D for smallpox drugs – an odd business decision, unless, of course, they are expecting to cash out in a future outbreak.

Conveniently, just a few days after Gates delivered his dire warning of weaponized smallpox, strange vials marked “smallpox” turn up outside of a PA Merck facility – a pharma corp. that Gates has conducted business with to the tune of hundreds of millions of dollars.

Bill Gates-Funded ‘Fact Checker’, Politifact, Assures Readers Bill Gates Had Nothing to Do With Smallpox Discovered at Merck Facility

“Gates and his philanthropic foundation have been leaders in promoting vaccine research and distribution programs worldwide. They have also been frequent targets of misinformation since the pandemic began. PolitiFact has fact-checked numerous false claims about Gates and vaccines.”

“The Poynter Institute for Media Studies… is launching a new initiative to fact-check claims about global health and development through a partnership with fact-checking websites PolitiFact and Africa Check, funded by a grant from the Bill & Melinda Gates Foundation.”

Cheers to the independent journalists at MintPress News for a truly exceptional, thorough expose on the expansive “philanthropic” donations the Gates Foundation has funneled to almost literally every corporate media institution imaginable over the past 30 years.

The exhaustive list of corporate media outlets drenched and sullied by Gates money would be too long to cover here, but here are a few:

Outside of the “news,” Gates even successfully inserted his propaganda  into TV dramas:

“Gates had intervened to change storylines in popular shows like ER and Law & Order: SVU.”

If you’re consuming corporate media – news or otherwise – chances are Gates has his fingerprints all over it. The Brave New World under construction belongs to Gates; we are just living in it. Until, of course, we rediscover our human dignity, regrow spines, and #JustSayNo. 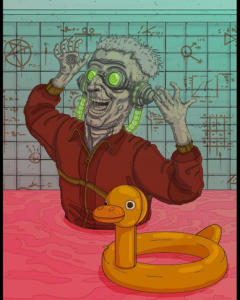 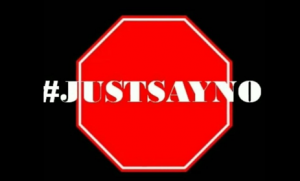 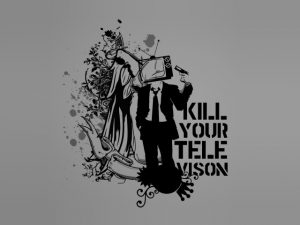