In a relatively rare break from COVID orthodoxy by the British Medical Journal, it went nuclear on the Facebook “fact check” scam. But you won’t see it in your Metaverse© NewsFeed©.

A Brief Recap of the Pfizer Fraud Backstory

We previously chronicled the under-reported Pfizer “vaccine” trial fraud, which the multinational corporation used to rush its experimental mRNA gene therapy (deceptively marketed as a “vaccine”) through the regulatory hoops.

In the exposé, a whistleblower (a regional director of Pfizer’s partner contracting firm, Ventavia Research Group, named Brook Jackson) detailed the abuses. She explained how Ventavia and Pfizer systematically skirted regulatory protocols and doctored data to cover up the mRNA shots’ side effects.

You can read the BMJ’s original piece here.

Pfizer, of course, ultimately got approval rammed through despite its criminal malfeasance. As a consequence, pharmacies across the US and the world (which largely follows the American lead) have injected billions of doses of its dangerous genetic material with no long-term safety data. Meanwhile, the corporation generated $131 billion in revenue for itself.

Instead of going after the Pfizer fraudsters in light of the above revelations, Facebook and the corporate media instead sicced their “fact check” attack dogs on the medical journal that outed the fraud.

(This is the highly ineffective “hammer the whistleblower, bury the crime” model of building public trust in institutions. It harkens back to the Bush-era targeting of Bradley Manning and Julian Assange for blowing the whistle on US government war crimes while prosecuting none of the actors who perpetrated the crimes they exposed.)

Here are a few lowlights from Lead Stories’ flimsy hitpiece:

Lead Stories doesn’t dispute the factuality of the whistleblower’s core claims. Instead, they rely on dubious “experts” who were not present for the trial to claim that the improprieties — which fly in the face of established protocol — didn’t really impact the veracity of the vaxx safety trial.

Which begs the question: why even go through the formalities if they’re irrelevant, according to Lead Stories, anyway?

Lead Stories also reports that Pfizer contractor Ventavia investigated itself and cleared itself of wrongdoing, which is presented as credible evidence of the company’s innocence. 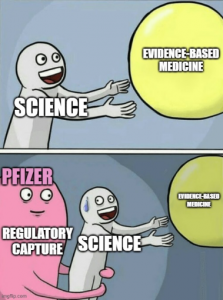 The BMJ, in reply to the hitpiece, reiterated the vital importance of their original reporting:

“In September, a former employee of Ventavia… began providing The BMJ with dozens of internal company documents, photos, audio recordings, and emails [that] revealed a host of poor clinical trial research practices occurring at Ventavia that could impact data integrity and patient safety. We also discovered that… the FDA did not inspect Ventavia’s trial sites.”

The authors go on to detail censorship that should be scandalous but is now so normalized as to be considered mundane: Facebook was actively censoring “the Science©” just because it didn’t align with Pfizer’s interests:

“But from November 10, readers began reporting a variety of problems when trying to share our article. Some reported being unable to share it. Many others reported having their posts flagged with a warning about ‘Missing context … Independent fact-checkers say this information could mislead people.’ Those trying to post the article were informed by Facebook that people who repeatedly share ‘false information’ might have their posts moved lower in Facebook’s News Feed…

Readers were directed to a ‘fact check’ performed by a Facebook contractor named Lead Stories“.

**Via Lead Stories’ “Our Funding” page:

“We do not accept funds from corporations with the exception of Facebook, which provides funding as part of Facebook’s initiative to debunk viral deceptions, and Google, which provided a one-time grant to support our COVID-19 coverage in 2020. Neither corporation seeks nor is given any control over our editorial decisions.”

So – no corporate funding except for two of the largest multi-billion-dollar, intelligence service-connected corporations in the world, Facebook and Google.

And, they insist, those corporations don’t influence Lead Stories’ editorial decisions – because Lead Stories says so on their website. The claim might lead one to believe Facebook and Google are really philanthropy societies that just want to educate and inform the public with totally unbiased information to create a better world.

Because, after all, this is a pandemic – we’re all in this together. Social media censorship is altruism.

In its rebuttal, the BMJ cites multiple specific examples of why the Lead Stories hitpiece was “inaccurate, incompetent, and irresponsible”:

That’s just a small sample of the highly detailed malfeasance that the BMJ chronicles on the part of Facebook partner Lead Stories.

They really went balls to the wall, and reading the whole report is worthwhile.

Of course, the BMJ isn’t the first, or the bravest, or the most unequivocal, entity to expose the COVID “fact check” racket, which is cynically weaponized to push Big Pharma interests and silence dissidents.

But, given the BMJ’s status as one of the most well-established medical publications in the world, maybe some liberals who “respect the science©” might pay attention this time.

But, as the corporate media has largely 9/11’d their mental faculties, don’t hold your breath. 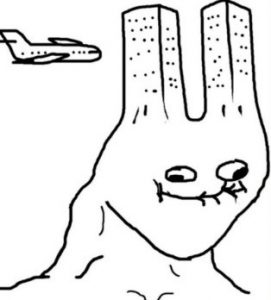