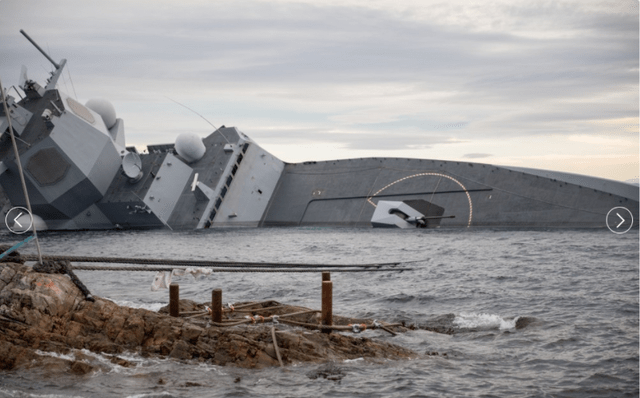 A week later, Afghanistan had been retaken by the Taliban, with nary a shot fired. So this tweet by Britain's ambassador to the Ukraine seems inauspicious:

That second tweet came to mind when reading our friend Emil Kirkegaard's post about the consequences of shoe-horning women into roles for which they aren't suited. I've posted Emil's piece in full below, but first, a quick market note. A couple of readers have asked about Nasdaq hedges; my plan was to post a couple after we get bounce. If you'd like to scan for one now though, you can use our website or iPhone app to do so (for a look at how hedging helped investors avoid most of the pain in Bitcoin's drop so far, see our previous post, Powell Pummelings Continue).

Authored by Emil Kirkegaard at Substack

Too Many Women In The Wrong Places

As women increasingly are hired into traditionally male jobs via affirmative action laws or indirect pressure via media, we see more and more incompetence. This is true whether it is academia, the military or the police. Here's a funny example from Norway a few years ago. The Norwegian navy was recruiting more women and celebrating their great success in their own magazine Forsvarets Forum (Forum of the Defense) in April 2017.

We can read a quote from one female navigator named Emilie Jakobsen Ophus:

- It is an advantage to be many women onboard. It immediately becomes a natural thing and a quite different environment, which I see as positive.

She is named a navigator on the KNM Helge Ingstad, which is, well was, a frigate. You can guess where this is going. The article also mentions that 4 out of 5 navigators onboard are female. Fast forward to only the next year and we see this headline:

You can find many sources about this accident, but the story is quite simple. They sailed into a fucking tank ship due to incompetent navigation:

The collision with the KNM Helge Ingstad left a big enough hole in the starboard side of the frigate for the warship to take on water. The crew has been forced to abandon the vessel, The Barents Observer reported. On Tuesday morning, most of the navy ship was already under water.

The warship, one of Norway’s five top modern frigates, was on her way home to Haakonsvern naval base, but it is still a mystery why the well-equipped warship couldn’t avoid colliding with the 250 meters long oil tanker just north of the oil terminal.

The weather was excellent while the waters in the area offer maritime traffic real-time shipping control. Also, there was radio-contact between the vessels when the accident happened.

The nagging question remains as to why the frigate, with all its radars and sensors, could not change course to avoid the collision.

An English summary of the events can be found here. Interestingly, the apparently only male navigator on board, the commanding officer, was asleep when the mistakes were made. The Navy is hiding the names of who were where, so we can only guess at whether everybody involved was a woman, but according to the numbers above, where 4 out of 5 were women, and knowing the CO was asleep, it would appear 100% were female.

From a HBD perspective, this stuff is gruelingly obvious. Not only are women more less interested in these jobs to begin with, but they obviously lack talent compared to men. We know this because spatial ability -- the sine qua non of navigators -- shows a large male advantage even from childhood. The same way men also dominate basically all sports relating to spatial ability, even where physical strength is not an advantage (e.g. race car driving). To quote a random meta-analysis A Meta-Analysis on Gender Differences in Mental Rotation Ability Measured by the Purdue Spatial Visualization Tests: Visualization of Rotations (PSVT:R) (2013):

This meta-analysis was conducted to estimate the magnitude of gender difference in three-dimensional (3-D) mental rotation ability and to investigate how factors related to test administration conditions play a role in varying gender difference effect sizes and threatening validity. Individuals’ 3-D mental rotation ability was measured by the Purdue Spatial Visualization Tests: Visualization of Rotations (PSVT:R). We integrated 70 effect sizes of gender differences in mental rotation ability measured by the PSVT:R which were obtained from 40 primary studies. The results indicated that male participants outperformed females on the test (Hedges’ g = 0.57). The I 2 statistic indicated 41.7 % of variation in effect sizes reflects real heterogeneity. The moderator analysis indicated that male superiority on spatial ability tasks measured by the PSVT:R is related to the implementation of time limits. The gender difference became larger when stringent time limits (equal or less than 30 s per item) were implemented.

You can even find a measurement invariance study confirming this is not due to bias, though there was never any reason to think so.

There are inconsistent reports regarding behavioral sex differences in the human navigation literature. This meta-analysis quantifies the overall magnitude of sex differences in large-scale navigation skills in a variety of paradigms and populations, and examines potential moderators, using 694 effect sizes from 266 studies and a multilevel analytic approach. Overall, male participants outperform female participants, with a small to medium effect size (d = 0.34 to 0.38). The type of task, the type of dependent variable and the testing environment significantly contribute to variability in effect sizes, although there are only a few situations in which differences are either nonexistent or very large. Pointing and recall tasks (and the deviation scores associated with them) show larger sex differences than distance estimation tasks or learning to criterion. Studies with children younger than 13 years showed much smaller effect sizes (d = .15) than older age groups. We discuss the implications of these findings for understanding sex differences in human spatial navigation and identify avenues for future navigation research.

In general, we expect a general weakening of the job performance of these jobs since the women hired are obviously subpar due to different standards in hiring. For instance, Norwegian police physical tests:

I am sure the violent criminals -- mostly young men -- will run slower and only use one arm when faced with female cops. What a joke!

Last year, the US military released their 1000 page report on some trials with women in combat units. The results are what you expect. Some results at distance:

The samples are too small to care about specific areas, but as we can see, basically all the directions are the same.

Of course, as we live in clown world with no adults in charge, the army is going forward with more women in these roles. The women are busy TikTok dancing in the barracks.