My Ukrainian wife is a nationalist. I greet her relatives in her farming village west of Kyiv with “slava Ukrainia” (“glory to Ukraine”). They reply with the standard second half: “hero emslava” (“glory to the heroes”).

All that to say: Ukrainian patriotism is a genuine, grassroots ideal of a people who have experienced unparalleled historical political oppression at the hands of various invaders for centuries. They don’t want to be dominated by the Russian state just like they don’t want to be subjugated by the Turks or the Huns or the DC Swamp.

But Ukrainian aspiration for independence is used as a pawn in a broader regional and even global struggle between the West and everything else.

No entity — other than the US Deep State and its (literally demented) puppet-in-chief Joseph Biden — wants to see a war erupt between the Russian and Ukrainian people, who are otherwise brothers that largely share a common culture and ethnicity. The historical bonds reach back centuries.

CNN and the New York Times won’t ever tell the American public the truth about Ukraine (or anything else of consequence, for that matter). Most Americans are understandably largely politically illiterate vis a vis an obscure regional struggle on the other side of the planet. The majority couldn’t find Ukraine on a map. A lot couldn’t even identify Russia, the largest landmass on Earth contained in a single polity – a tragic testament to the quality of education public school-educated kids like me received.

Ukrainians aren’t alone in favoring peace over instigating a pointless war with their neighbor to the east. US public opinion poll – despite nonstop warmongering propaganda shoved down their throats 24/7 from the likes of MSNBC:

“A poll from Convention of States Action (COSA) in partnership with the Trafalgar Group found that just 15.3 percent of likely general election voters believed the U.S. should provide troops as ‘boots on the ground’ in the event of an invasion.”

All that goes to show the state of “democracy” in the West. It has no meaning any longer. If the people don’t want war, that’s exactly what they get. Window-dressing elections don’t matter; elites do whatever they want.

“Multivariate analysis indicates that economic elites and organised groups representing business interests have substantial independent impacts on US government policy, while average citizens and mass-based interest groups have little or no independent influence.”

The defense of arbitrarily-defined “democracy” is offered by the American corporate media as justification for starting a war with nuclear-armed Russia):

“[Putin] wants Ukrainian democracy to fail… He wants his neighbors—in Belarus, Kazakhstan, even Poland and Hungary—to doubt whether democracy will ever be viable, in the longer term, in their countries too. Farther abroad, he wants to put so much strain on Western and democratic institutions, especially the European Union and NATO, that they break up.”

The corporate media consensus engineers want you to believe that Putin, a politician on another continent, is the gravest threat to American democracy, not:

The above-referenced poll of American attitudes toward conflict with Russia makes logical sense. Why would the average US worker struggling to feed his family want to kickstart a war in a far-off land that doesn’t have any perceivable impact on his daily life?

The US has no strategic national interests to defend in Ukraine. But powerful forces that set US policy do have very particular, narrow interests in starting a war over Ukraine: 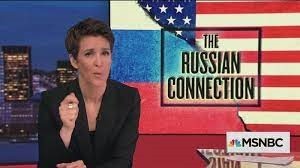 None of those imperatives help the average American, just as none of them do anything for working-class Ukrainian villagers like my wife’s family. They’ll be the ones that bear the costs of war — not Joe Biden’s crack-smoking son who sat on the board of directors of a Ukrainian energy firm despite not speaking Ukrainian or knowing anything about Ukraine or any energy expertise or business acumen whatsoever.

When it comes to sniffing out political bullshit, hard-nosed Ukrainians are exceptionally talented. Centuries of brutal occupation by foreign powers and manipulation of their internal affairs for external gain have been the rule of its history, not the exception.

The average potato farmer will be the first to confirm how corrupt their own ruling political elite are – but who corrupted them, and what broader global interests do they serve? Western puppeteers have wrecked and then commandeered the Ukrainian state to suit their own agenda – not that of its people it is supposed to serve in a “democracy.”

My wife’s family and friends have a single consensus regarding the current Cold War-style stalemate: this is Biden’s war, not theirs.

(In reality, Biden probably doesn’t have the capacity to feed himself his nightly applesauce anymore, much less devise a long-term strategy to instigate war. What they mean is that this is Biden’s handlers’ war.)

Despite the best effort of the international liberal media to stir up war frenzy in Ukraine, no one there wants it. Their overriding political wish-list includes being left alone to manage their own country and to have genuine control (not the plastic kind in which they function as the hand-puppets of Western elites) over their own destiny.

They want freedom from scheming sociopaths in faraway lands who would use them as pieces on a geopolitical chessboard.

In other words, the same thing any normal people anywhere want.

Ben Bartee is a Bangkok-based American journalist with opposable thumbs. Follow his stuff via his Armageddon Prose, Substack, Patreon, Gab, and Twitter. Please support his independent operations however you can.