by Ben Bartee Via The Daily Bell

If you follow The Daily Bell or any of the many other independent news outlets that tell the truth, you are already likely familiar with the COVID crimes against humanity that Anthony Fauci facilitated.

Abusing his role as the leading “public health” authority (while raking in the highest salary of any federal employee), Warlord Fauci:

… among many more improprieties.

Fauci, of course, is likewise intimately familiar with his moral atrocities – and he likely knows that independent journalists have only scratched the surface of his criminality. Further investigation would almost certainly uncover greater and more numerous offenses.

The well of Warlord Fauci’s sordid past runs deep. His malevolence spans the decades he has occupied the top spot at the NIHID as the bag man, doling out research funding to his lackeys.

Very often, he skirted oversight by funneling the cash through “nonprofit” groups like Peter Daszak’s EcoHealth Alliance to launder its (public) origins and obscure public inquiry into the dangerous gain-of-function research (and God knows what other types of research) he bankrolled.

And now the rat wants to jump ship – especially, as we’ll explore, given the increasing likelihood of a GOP landslide this coming fall (if the corporate state allows elections to occur even when it suspects its interests are endangered– a mighty big if).

The rat smells the danger – the great survival instinct of such a creature. It has some karmic justice coming its way, delivered good and hard.

Some GOP members have hinted – however delicately, being the cowards that most of them are – at the possibility of investigating and prosecuting Fauci if they have the numbers in Congress come 2023

“If I win in 2022, I will be chairman of a committee in the Senate. We will use the subpoena power to bring forth all the records. Right now they send us records — if we ask about their discussions, covering up where the virus came from, its origins in the lab — they white it all out, they redact all the information* and send us a blank piece of paper.”

(*Ironically, Biden’s handlers wrote him a talking point in which he promised to “bring transparency and truth back to the government to share the truth.”)

Fauci is accordingly laying the groundwork to try to jump ship in the event of a Republican takeover of Congress this coming fall:

“The recently released… poll paint[s] a grim picture for Democrats… Republicans are 10 points more likely than Democrats to say that partisan control of Congress ‘really matters.’ That difference in intensity is likely to translate into a significant turnout advantage for the GOP. “

“As the 2022 midterm elections approach, the attacks [on Fauci] have spread across the nation, intensifying as Dr. Fauci draws outsize attention in some of the most important state and local races on the ballot in November.

The Republican war on Dr. Fauci is partly a sign of Mr. Trump’s strong grip on the party**. But Dr. Fauci, both his friends and detractors agree, has also become a symbol of something deeper — the deep schism in the country, mistrust in government and a brewing populist resentment of the elites, all made worse by the pandemic.”

**”The Republican war on Dr. Fauci is because of Trump?”

Says who? Where did the New York Times get that idea from? Did they just make it up?

If anything, Trump and the GOP leadership have done nothing but cockblock the pursuit of justice against the COVID vaxx and lockdown criminals – not catalysts or leaders of such efforts. Check out my TDB article late last year on the GOP COVID cuckoldry.

Here’s Trump — who still flaunts the “success” of Operation Warp Speed to rush unproven gene therapies into unsuspecting Americans’ arms — shilling the vaxx to stroke his own ego and getting booed by his own base:

The pressure to prosecute Fauci for crimes against humanity comes from the bottom-up, not the other way around. But you would expect such inaccurate analysis by the New York Times, which hasn’t had its finger on the political pulse for decades.

Even if they were so inclined to tell the truth, New York Times propagandists couldn’t accurately analyze populist politics or gauge public opinion because they don’t know any normal people who don’t worship Anthony Fauci. They don’t know any corn farmers in Nebraska – much less what they think about things.

They barely know any single person outside of the Manhattan/DC/LA Democrat Party bubble, and the independents or republicans they do know are milquetoast good-boy cucks like Mitt Romney or Lindsey Graham. 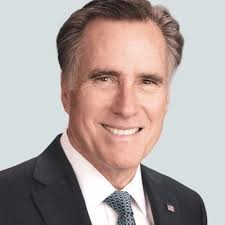 Mitt Romney: the closest thing to a MAGA terrorist  New York Times editor will ever interact with in real life

The GOP has been a miserable failure of a “resistance” party on the COVID front from the start, neutered and dutiful appeasers of the corporate state social control agenda. The vast majority of GOP members in Congress have either colluded with the biomedical state or watched from the corner in silence while Americans’ most basic civil liberties got torched.

Occasionally, the more theatrically-inclined GOP cucks have staged performances for cameras, but their words always fall short of calling for swift and severe action against Fauci, Bill Gates, Peter Daszak, and the rest of the cast of characters responsible for the near-complete destruction of civil society:

…just to name a handful.

These are mass-scale crimes, and their victims deserve merciless justice.

Vague promises of investigations into Fauci alone are not necessarily compelling reasons to vote republican.

But their increasingly vocal rhetorical support for pursuing justice against the COVID lockdown and vaxx regime shows at least that elected politicians can be made to pay attention when they feel sufficient pressure from their constituents.

Politicians, by their finger-in-the-wind nature, must be made to come to heel as a means to avoid political pain. They only respond to a forceful dominant constituency.

Rhetoric alone isn’t sufficient. GOP candidates running for Congress must be made to fear what will happen to them if they get into office and fail to aggressively prosecute Warlord Fauci and Co. They must be made to understand that they will face an increasingly enraged electorate, so businesslike in its anger that they will have to add extra security to their office if they betray it.

Such is the proper relationship between a free people and anyone who occupies a seat of power.