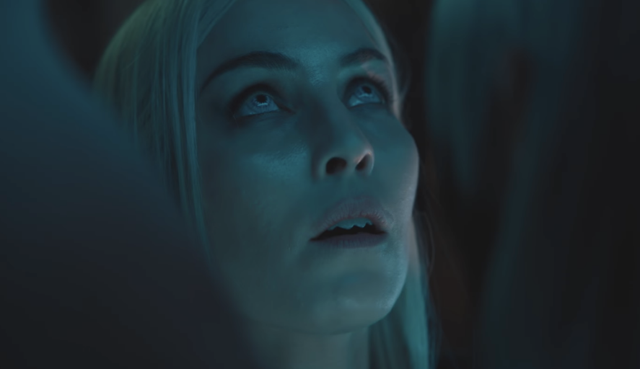 In Michel Houellebecq's 2015 novel Submission, France becomes an Islamic state under a president named Mohammed Ben-Abbes. At the time, the novel seemed dystopian; after the Netflix, Inc. (NFLX) release of Cuties by the French-Senegalese director Maïmouna Doucouré a couple of years ago, it started to seem aspirational.

Airing Cuties and similar fare appears to have been inauspicious for Netflix; since the streaming debut of Cuties in 2020, Netflix shares are down 61%.

Maybe You Bought Netflix After The Drop

Maybe you bought Netflix recently though. If you did, you were probably cheered by its 8% pop on Friday. UBS analyst John Hodulik isn't bullish on Netflix's next earnings release though (scheduled for Tuesday):

Analyst John Hodulik, who rates Netflix shares neutral, lowered the price target to $198 from $355, as he believes subscribers "tracked in-line" with management's previous forecast for a loss of 2M, due in part to price increases in the U.S. and Canada and parts of Europe.

"While [second-half] is seasonally stronger (~70% of '21; 50% pre-pandemic), we expect a cautious guide amid macro uncertainty," Hodulik wrote in a note to clients, adding that 1.3M subscribers are expected to be added in the third-quarter and 2.8M for the year.

If you're long Netflix now, and you want to hedge against an ugly report Tuesday, here's a way to do so while collecting a bit of money in premium. As of Friday's close, this was the optimal collar to hedge 1,000 shares of Netflix against a greater-than-8% drop this week, while not capping your upside at less than 7% over the same period.

Screen captures via the Portfolio Armor iPhone app on 7/15/2022.

Your net credit with this hedge was $600. That was calculated conservatively, assuming you bought the puts at the ask and sold the calls at the bid. If you placed both trades within the spreads, your net credit would have been more than $600.

Try scanning for an optimal collar with the same parameters today and see what you find.