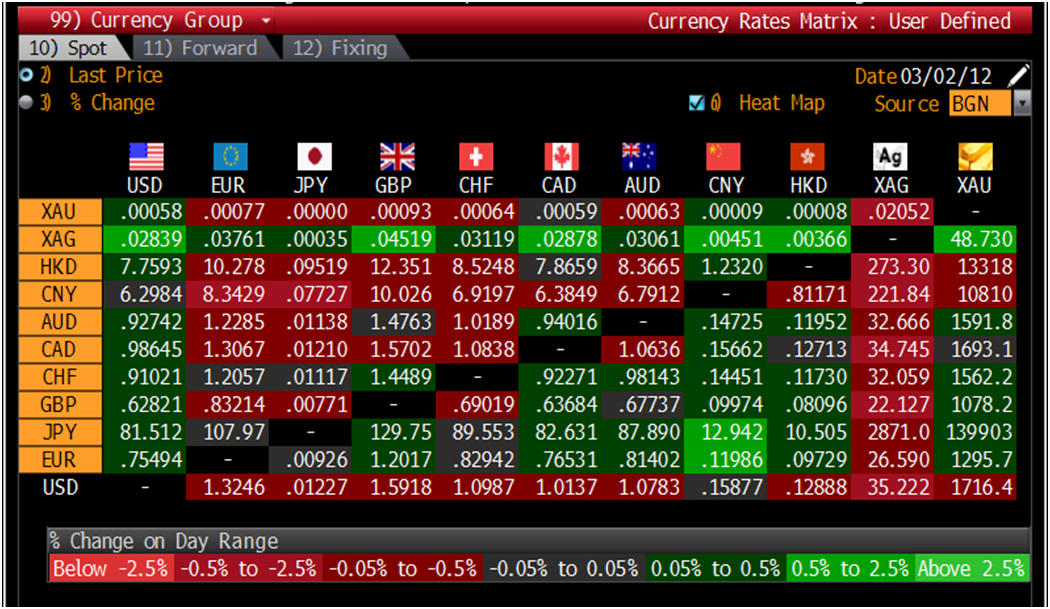 Jitters about Iran and the Middle East are keeping oil near multi month record highs which is also gold supportive.

Wednesday’s drop of 5% means that gold is set for its worst weekly performance since December which is encouraging value buyers.

Wednesday’s sell off is being attributed to one massive sell trade of 31 tonnes on the Chicago Mercantile Exchange during Bernanke’s speech. There are rumours of a large US fund selling and also that the selling may have been by JP Morgan – rumoured to be acting on behalf of an Asian fund.

Who sold off and why is less important than the fundamentals of the gold market.

Absolutely nothing has changed regarding the fundamentals of gold which remain as sound as ever with broad based demand from store of wealth buyers, institutions and central banks internationally and especially in Asia. Good volumes have been seen on the Shanghai Gold Exchange in recent days.

India remains the world’s largest buyer of the yellow metal (900 tonnes/year) but China is expected to outpace them this year according the World Gold Council.

ETF holdings gained 238,674 ounces to a record high of 70.76 million ounces, showing that institutions and investors remain keen on gold. Also, options data has not changed since Wednesday’s price falls.

The gold-platinum spread dropped to just about $15/oz its lowest since mid-September, with supply disruption in jewellery and autocatalysts production, platinum has risen 22% so far this year, versus gold's gain of 10 percent.

Market watchers focus on Impala Platinum, the world's second-largest platinum producer, which has suffered 100,000 ounces of lost production in a six-week-long strike at its key Rustenburg mine. The company said it would restart production on the 5th of March.

(Bloomberg) -- UBS Says Gold Flows to India Yesterday Strongest Since SeptemberUBS AG said its physical gold flows to India yesterday were about three times the average and the strongest volume since late September.

“A cheaper gold price on Thursday elicited a hard-to-miss response from physical players across various regions,” Edel Tully, an analyst at UBS, wrote today in a report. “Yet, it will probably take a few more days for physical demand to really come in with full force.”

(Reuters)
Gold inches up as buyers trickle back after selloff

COMMENTARY
(The Telegraph)
Gold price will plunge below $1000 an ounce, bears claim‎