All major currencies are lower against gold today with the Japanese downgrade and concerns about global growth taking their toll on Asian stock markets. While European indices have eked out gains, some selling of peripheral European debt has been seen again and yields on German bunds have risen. 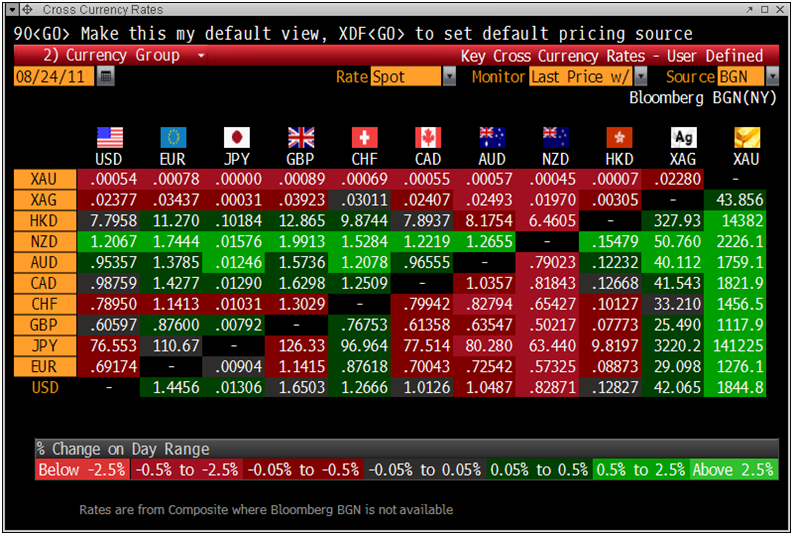 In trading terms, gold’s recent price appreciation of nearly 17% in one month had been excessive - although completely understandable given the scale of the crisis facing the global financial and economic system.

Another very significant development for the gold market took place yesterday when an influential member of Germany’s ruling coalition, Ursula von der Leyen, said that Germany should follow Finland’s lead on Greece and seek collateral for loans from bailout countries and the collateral should preferably be gold.

Ursula von der Leyen is a senior German minister; deputy chairwoman of the Christian Democrats (CDU) and is a potential rival to Angela Merkel. It is unlikely that she would have made a solo run on this if she had not had a prior discussion with Merkel or at the very least with her government colleagues and lawmakers.

Government officials and anonymous government sources were quick to distance the chancellor and her government from Ms von der Leyen’s demands but Merkel herself did not comment and did not reject the call.

CDU finance spokesman Michael Meister said the call for periphery nations to give their gold reserves as loan collateral was a distraction. “The most important thing is that central banks retain independent control of their own gold reserves,” he said.

However, German officials were in full damage limitation mode.  The maxim ‘never believe anything until it is officially denied’ may be appropriate.

Germany is likely to push for European gold reserves to be used as collateral. The Deputy Chairwoman of the Christian Democrats is an astute woman and politician and knew exactly what she was saying.

Indeed, she echoed other senior lawmakers who in May called for Portugal to consider selling their gold.

Two leading governing party members - Norbert Barthle, Germany’s governing coalition budget speaker and his counterpart Carsten Schneider from the Social Democrats, the biggest opposition party, urged Portugal to consider selling some of its gold reserves to ease its debt problems. They called for a review of Portugal’s request for financial aid to include gold and other potential asset sales.

Some of the PIIGS (to use the unfortunate and unfair acronym) have very sizeable gold reserves – especially Italy which alone has some 2,452 tonnes of gold. Portugal has 421.6 tonnes, Spain 281.6 tonnes, Greece 111.7 tonnes and Ireland has just 6 tonnes.

The ‘German PIIGS gold collateral’ story is a very important one that is unlikely to go away. Indeed, it may be the story that helps educate those not familiar with economic and monetary history and with monetary economics and who do not understand gold and why gold remains valuable and remains a safe haven asset and currency today. 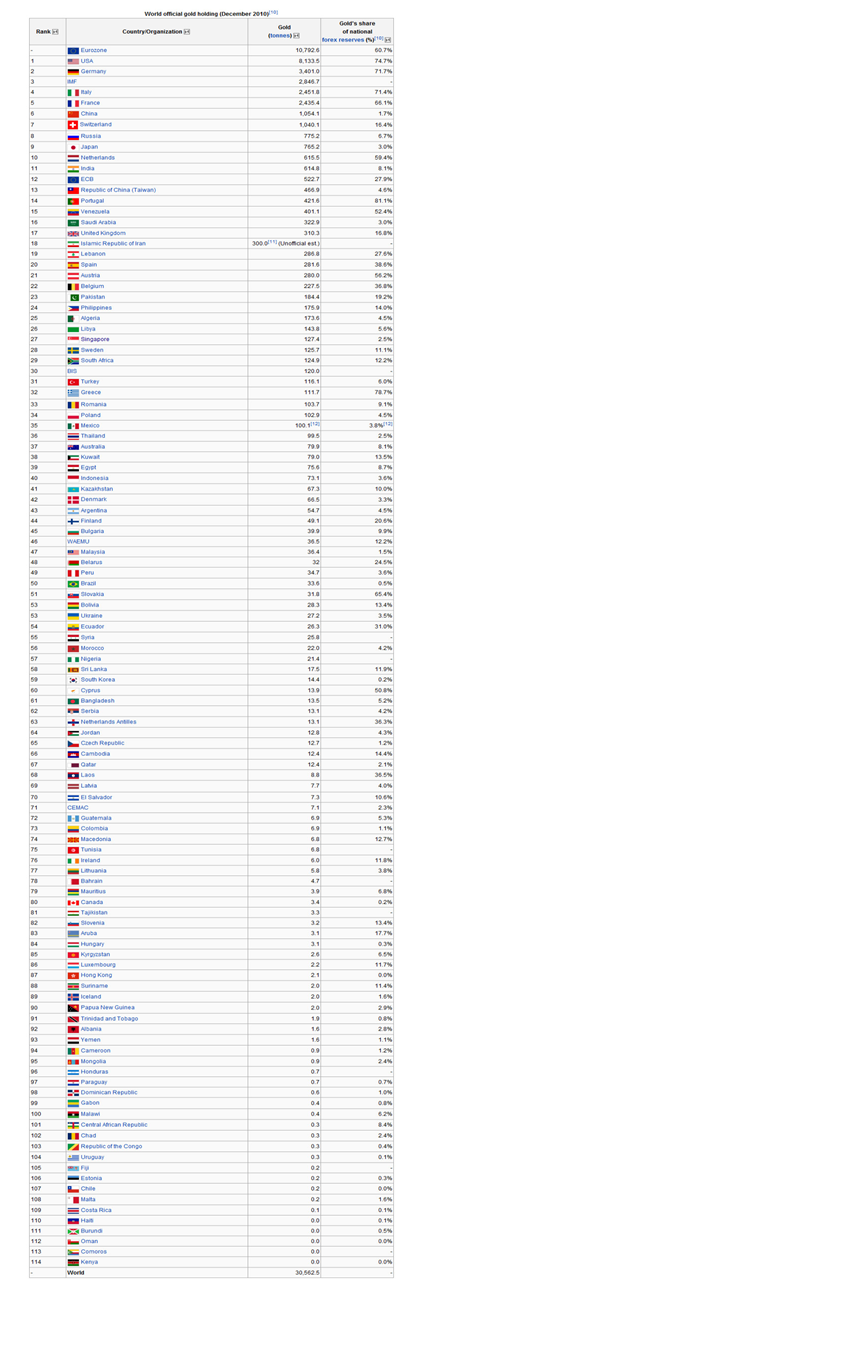 Misguided ‘Gold Bubble’ Callers Out in Force Once Again
Gold remains overbought in trading terms and due a correction but the continuing simplistic talk that gold is a bubble is again misguided. It is a simplistic call based on assumptions and not based on the fundamentals of the gold market.

Some of the people calling gold a bubble today have been saying gold was a bubble when it reached $850/oz in early in 2008.

The fact is that those who claimed gold was a “barbaric relic” and a “useless commodity” have gotten gold spectacularly wrong.

This is because gold is not just a commodity. It is much more than that – it is money. Money that cannot be created at a whim and debased by politicians, bankers and central bankers.

It is also a safe haven asset and safe haven currency that has no counter party risk as it cannot default.

This is why gold is in demand today by astute people, governments and central banks.

This is why central banks internationally were net buyers of gold in 2010, and will be in 2011and 2012, and almost certainly throughout this decade.

This is why the People’s Bank of China is building their gold reserves without declaring it to the world and is encouraging their citizens to buy gold.

This is why overnight Kazakhstan has given its central bank a ‘priority right’ to purchase all domestically mined gold "in full".

This is why Chavez has nationalized the Venezuelan gold industry and is repatriating Venezuela’s gold reserves.

This is why Bild, the best selling daily newspaper in Germany urged their readers to buy gold two weeks ago.

This is why senior German government officials are calling for the gold reserves of European countries such as Greece, Portugal, Spain, Italy and Ireland to be used as collateral for future loans.

Importantly, gold is a store of value unlike other assets, and unlike fiat currencies such as the US dollar, pound and the euro.

(The Telegraph) -- Relax, Central Banks Can Still Save Us

(ZeroHedge) -- Doug Casey: Exiting The Eye Of The Storm