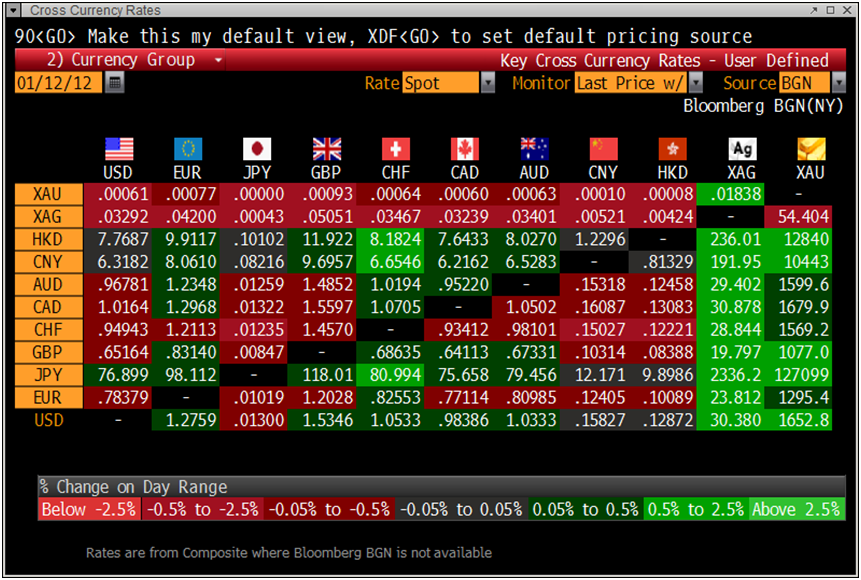 All eyes are glued to the European Central Bank’s monetary policy and interest rate announcement scheduled later today.  Gold rose above $1,650 an ounce in Europe on Thursday as the euro climbed against the dollar after a well-received auction of Spanish bonds, but its gains were limited by uncertainty ahead of a European Central Bank interest rate decision later in the day.

Economists polled by Reuters say the ECB will take a breather this month after unleashing back-to-back interest rate cuts, so they can assess the impact of the their actions in the final two months of 2011.  The wording post announcement will be closely watched for any suggestion of further monetary easing, however.

Worries that the Eurozone is still stuck in its debt crisis at a time when the US economy is improving has pressured the euro and lifted euro-priced gold.  Gold in euro terms has outperformed the yellow metal this year, rising 7.4 percent against dollar gold's 5.6 percent. 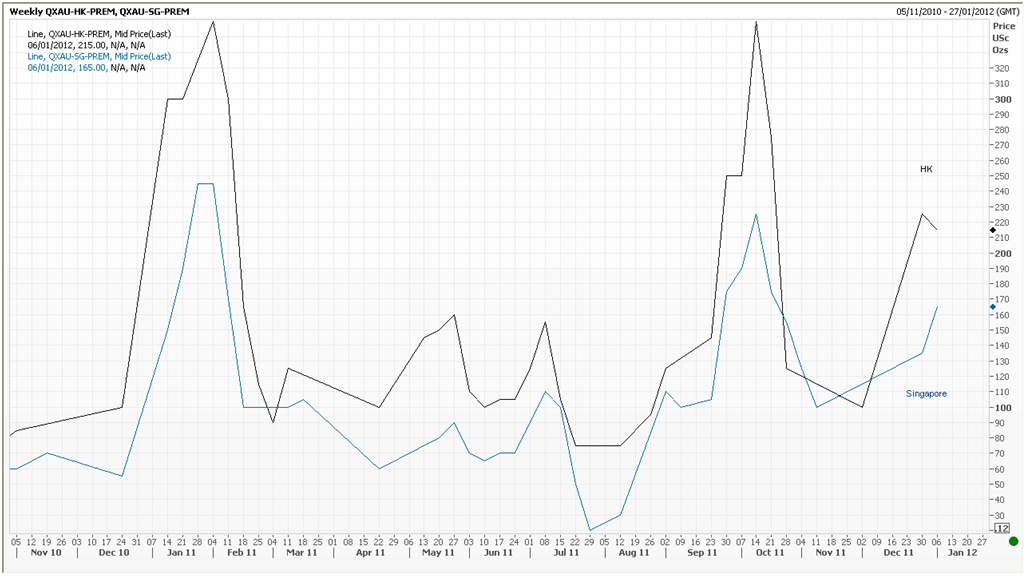 Demand in Asia continues to be strong.  China remains the world’s largest producer of mined gold.

Premiums for gold bullion bars in Asia are rising again and are at their highest since October in Hong Kong and Singapore. Premiums are at $2.15/oz in Hong Kong and $1.65/oz in Singapore.  Bullion’s strength was also attributed to the euro’s 16 month low, with Fitch warning the ECB to purchase assets to try to stabilize the euro.

A stronger rupee has boosted the purchasing power of gold bullion consumers in India.  This is in the run up for the Indian Wedding Season which resumes January 15th and continues until April, leaving a  few weeks break for a period that is considered bad luck for nuptials.  Chinese demand will weaken next week as many factories and businesses are set to close for the Lunar New Year’s celebrations.

Eurozone leaders will come and go but gold cannot be printed like paper money from central banks. Investors here in Europe who have had to survive austerity measures, cuts in social services, rising prices on consumer goods and unemployment are losing faith in the politicians that represent them.  Gold bullion still represents a positive play for any diversified portfolio.

Silver & Platinum
Demand for silver coins has been strong at the start of 2012, with the U.S. Mint reporting American Eagle silver coin sales of 4.257 million ounces in January, a higher volume than recorded in any of the previous three months.

U.S. Mint gold coin sales have also been healthy at 82,500 ounces so far this month, already 26% higher than in the entire month of December.

Platinum climbed for a fourth day on Thursday, on track for its largest weekly gain since October with a rise of 7%.

(ZeroHedge)
Iran: Oh, No; Not Again

(MoneyWeek)
The Wart on the Skin of Capitalism