Guest Post: You Ain't Seen Nothing Yet - Part One

You Ain't Seen Nothing Yet - Part One

“Human history seems logical in afterthought but a mystery in forethought. Writers of history have a way of describing interwar societies as coursing from postwar to prewar as though people alive at the time knew when that transition occurred.” – Strauss & Howe - The Fourth Turning 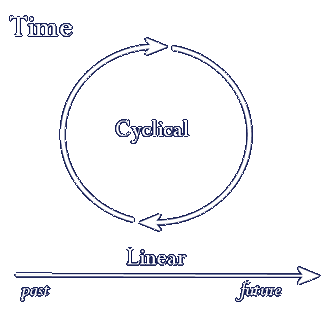 Watching pompous politicians, egotistical economists, arrogant investment geniuses, clueless media pundits, and self- proclaimed experts on the Great Depression predict an economic recovery and a return to normalcy would be amusing if it wasn’t so pathetic. Their lack of historical perspective does a huge disservice to the American people, as their failure to grasp the cyclical nature of history results in a broad misunderstanding of the Crisis the country is facing. The ruling class and opinion leaders are dominated by linear thinkers that believe the world progresses in a straight line. Despite all evidence of history clearly moving through cycles that repeat every eighty to one hundred years (a long human life), the present generations are always surprised by these turnings in history. I can guarantee you this country will not truly experience an economic recovery or progress for another fifteen to twenty years. If you think the last four years have been bad, you ain’t seen nothing yet.

Hope is not an option. There is too much debt, too little cash-flow, too many promises, too many lies, too little common sense, too much mass delusion, too much corruption, too little trust, too much hate, too many weapons in the hands of too many crazies, and too few visionary leaders to not create an epic worldwide implosion. Too bad. We’ve experienced horrific Crisis periods three times in the last 250 years and winter has arrived again exactly as forecasted by Strauss & Howe in 1997. The linear thinkers will continue to predict a recovery that never arrives. We have awful trials and tribulations, dreadful sacrifices of blood and treasure, and grim choices awaiting our country over the next fifteen years. Linear thinkers will scoff at such a statement as they irrationally view the world as a never ending forward progression towards a glorious future. History proves them wrong. We stand here in the year 2012 with no good options, only less worse options. Decades of foolishness, debt accumulation, and a materialistic feeding frenzy of delusion have left the world broke and out of options. And still our leaders accelerate the debt accumulation, while encouraging the masses to carry-on as if nothing has changed since 2008. Sadly, millions of lemmings want to believe they will not drown in the sea of un-payable commitments. Truth is a scarce resource on the planet today.

Entire populations taking comfort in their illusions transcends centuries. This is because all humans are driven by their emotions and react to events and danger in a predictable manner depending on their stage of life. Strauss & Howe in their 1997 opus – The Fourth Turning – utilized decades of studying generational dynamics to anticipate when our next Crisis would arrive and what core elements would precipitate it:

“The next Fourth Turning is due to begin shortly after the new millennium, midway through the Oh-Oh decade. Around the year 2005, a sudden spark will catalyze a Crisis mood. Remnants of the old social order will disintegrate. Political and economic trust will implode. Real hardship will beset the land, with severe distress that could involve questions of class, race, nation and empire. The very survival of the nation will feel at stake. Sometime before the year 2025, America will pass through a great gate in history, commensurate with the American Revolution, Civil War, and twin emergencies of the Great Depression and World War II.” – Strauss & Howe - The Fourth Turning

The American people are mentally ensnared by their decades of indoctrination from propagandists in government and on Wall Street, spoon fed to them by the corporate mainstream media. Many are afflicted with the diseases of normalcy bias and cognitive dissonance.  Normalcy bias refers to a mental state people enter when facing a disaster. It causes people to underestimate both the possibility of a disaster occurring and its possible effects. The American people are mentally incapable of accepting the facts of our impending economic collapse. They somehow are able to convince themselves these facts as normal: 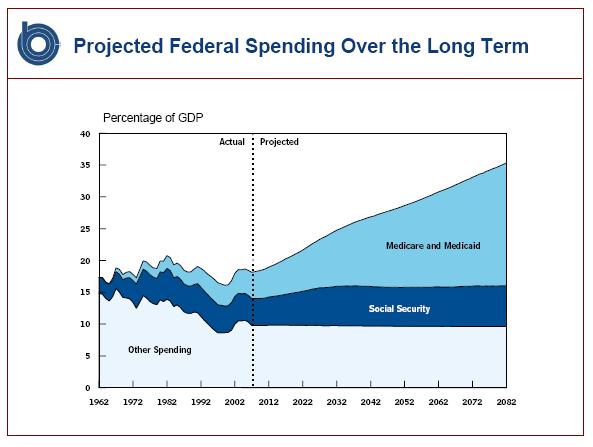 Anyone with an ounce of critical thinking skill would conclude our current situation is far from normal. We’ve become a cognitive dissonant nation. We convince ourselves the best way to solve a debt problem is to create more debt. We believe we are made safer by attacking foreign countries. We have convinced ourselves it makes sense for Too Big to Fail Wall Street banks that create systematic financial risk to get even bigger, after their fraudulent frenzy of greed virtually crashed our economic system. We actually believe the two party political system offers us a choice, when both parties genuflect to Wall Street, gratify corporate special interests, fight never ending wars, and spend money they don’t have.  We choose to believe government statistics that claim inflation is running at 3%, when our everyday reality attests it to be 10%. We trust the Federal Reserve to maintain price stability even though their policies have resulted in a 97% depreciation in the U.S. dollar since 1913. We believe the future will be bright, even though 60% of workers have less than $25,000 in total savings. 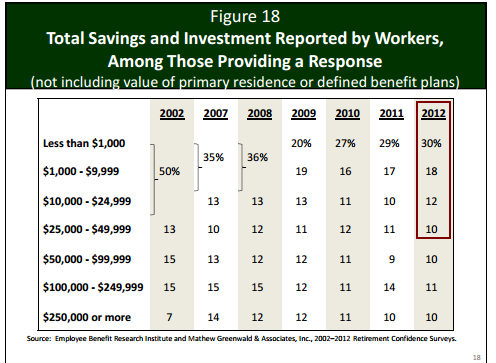 In the ultimate example of cognitive dissonance the majority of Americans scorned and ridiculed the young people being beaten, maced and arrested for protesting the rampant criminality of the Wall Street 1%ers while supporting a billionaire banker bailout, 0% interest rates that punish senior citizens and savers while encouraging further debt accumulation, and not be outraged that not one criminal banker has gone to jail. They somehow are able to observe the data in the table below and still believe that America offers equal opportunity to everyone. Americans have thus far been unable to deal with the reality of our desperate circumstances. They remind me of people who see the ocean recede from the shoreline and curiously venture out where the sea had flowed to pick up trinkets and pretty shells with no sense of what is truly happening. The deadly 20 foot high tsunami headed their way will be a complete shock when they are swept away in a torrent of bad debt and worthless currencies.  We are about to enter phase two of this Fourth Turning Crisis still in denial and terribly unprepared for the frightful trials that await our nation. It’s not as if it hasn’t happened before, just like clockwork. William Strauss and Neil Howe were able to document turnings in Anglo-American history dating back to the 15th century. The life cycles of human beings and the moods of generations at different stages of their lives are consistent across time, resulting in predictable responses to events during a particular time frame. Fourth Turnings are a time of Crisis, danger and vulnerability. The Crisis periods in modern history are as follows:

Using a seasonal analogy, the Crisis is the wintry bitter dark era, where deadly blizzards rage and the citizens are pushed to the brink. In retrospect the three previous American Crisis periods seem easy to predict, but one year prior to their onset NO ONE could have predicted the epic sacrifices and horrific casualties of war to follow. In 1772 there were few people expecting America to declare independence and fight an eight year war for independence. In 1859 virtually no one expected the election of Abraham Lincoln as president and an ensuing war that would kill 700,000 American men. In 1928 no one imagined the stock market losing 89% of its value, an eleven year depression, and a world war resulting in over 60 million deaths. History is only logical in afterthought. The mystery of forethought is where we find ourselves today.

“I believe the catalyst occurred in 2008. The year 2008 marked the onset of the most serious U.S. economic crisis since the Great Depression. It also marked the election of Barack Obama, which could yet turn out to be a pivotal realignment date in U.S. political history. In fact, if I had to give the catalyst a month, I would say September of 2008. The global Dow was in free fall. Banks were failing. Money markets froze shut. Business owners held their breath.” – Neil Howe – Dating the Fourth Turning

Howe uses the term catalyst to describe the trigger or event that initiates the Crisis. Strauss and Howe determined that a Crisis progresses through four stages during its life cycle, as described below:

We have countless valleys to cross and mountains to ascend before reaching our ultimate destination. There are no guarantees the outcomes will be positive or that the nation as we know it will even exist. It is certain that in twenty years the social order of this country will not resemble what exists today. The transformation could be positive or negative, depending upon whether we make the right choices during this Crisis.

“The nation could be ruined, its democracy destroyed, and millions of people scattered or killed. Or America could enter a new golden age, triumphantly applying shared values to improve the human condition. The rhythms of history do not reveal the outcome of the coming Crisis; all they suggest is the timing and dimension.”  – Strauss & Howe - The Fourth Turning