Gold continues to consolidate above $1,600/oz after its 4% surge Friday on the appalling jobs number which led to a 3% gain for the week.

Gold again showed its safe haven status on Friday and for the week. Gold had its biggest daily percentage gain in more than three years and its 3% gain last week contrasted with the S&P being down by 3% for the week and other stock markets were down by more.

Euro gold surged Friday and is back above €1,300/oz and the record high of €1,375/oz looks set to be challenged again in the coming weeks after the period of consolidation seen since last September (see chart).

Global gold demand continues to surprise to the upside – especially sizeable demand from the Middle East and China.

Confirmation of continuing huge demand in China came yesterday with data showing that Hong Kong shipped 101,768 kilograms of gold to mainland China in April, up 62% on the month - marking the second-highest monthly exports ever.

While demand from India continues it has fallen from the record levels recently but demand from other Asian countries is robust with reports of demand in Thailand, Vietnam, Malaysia and Indonesia.

A new and potentially significant source of demand is that of demand from Iran.

Iran imported a massive $1.2 billion worth of precious metals from Turkey in April alone.

Turkish exports of gold, precious metals, pearls and coins to Iran rose to $1.2 billion in April from a tiny $7,500 a year earlier, according to figures released by the state statistics institute in Ankara yesterday.

This is a massive increase in demand and suggests that there may be official involvement in the imports from the Central Bank of Iran.

This trend continued in May when Turkish gold imports leapt by 150% in May due to unrelenting demand from sanction strapped Iran.

Turkey imported 19.47 tonnes of gold in May, up from 7.78 tonnes in April, according to data released by the Istanbul Gold Exchange on Friday.

Foreign trade data showed Turkey earned $1.27 billion from exports of 23.9 tonnes of gold in April, dwarfing the $75.4 million earned from sales of 1.65 tonnes last year. Some 95 percent of the total gold exports went to Iran in April.

Some of the increase was also attributable to the onset of the wedding season and regional tensions related to the 14-month-old uprising in neighbouring Syria. Although, official buying from Syria is not suspected.

The export data showed Iranian buying from Turkish gold traders has been the crucial factor.

Sanctions to force Iran to curb its nuclear programme have targeted its energy and banking sectors and new measures from both the United States and European Union take effect in July.

Indeed, Iran was prohibited from using the global payments system, SWIFT, by the US.

Iran announced last week that it has designed and implemented a replacement for the Society for Worldwide Interbank Financial Telecommunication (SWIFT,) which facilitates the bulk of global cross-border payments. SWIFT cut off Iranian banks blacklisted by the European Union over Tehran's nuclear program in March after an EU order and pressure from the United States.

The chairman of a leading Russian bank has criticised the United States for imposing sanctions on Iran, stressing that the U.S. sanctions against the Iranian banking sector violate international laws.

The U.S. financial and economic sanctions against Iran violate the charter of the International Monetary Fund (IMF), which demands free trade between all member states, Chairman of Russian Vneshtorgbank (VTB) Andrei Kostin said on Friday.

The sanctions and economic war have made neighbouring Turkey an ever more important channel for the Islamic republic.

The scale of the buying suggests that some of the gold imports are official and possibly from the Central Bank of Iran.

Gokhan Aksu, vice president of Istanbul Gold Refinery, believes Iran is holding some of its oil revenues in gold. 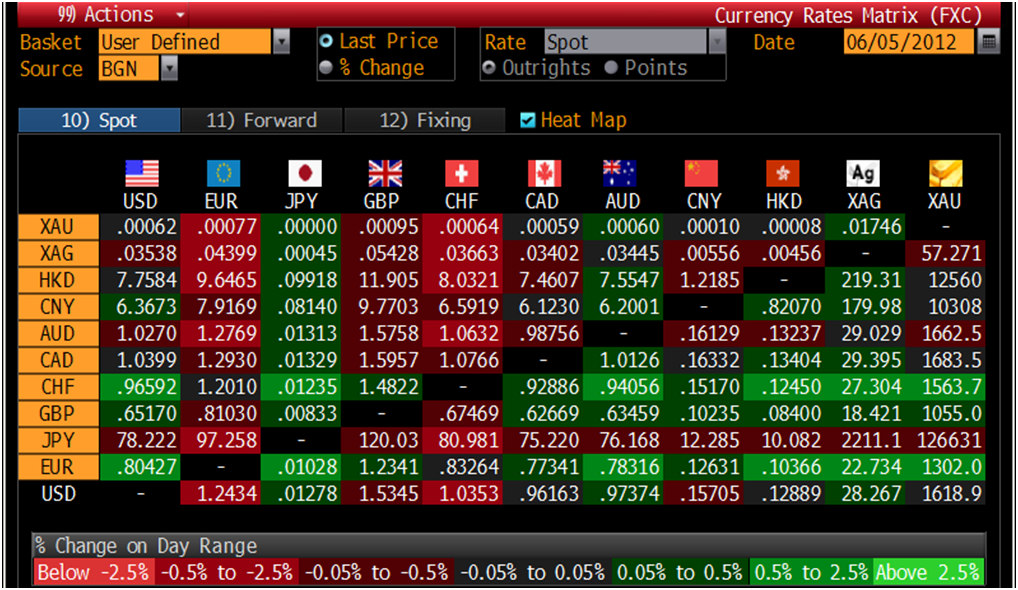 Meanwhile ordinary Iranians are buying gold as a safe haven store of value as the rial currency is losing value and access to foreign currency was being choked off by Western sanctions.

Many Iranians are increasingly choosing to keep savings in the precious metal rather than paper currency.

In January the EU and US agreed to freeze the assets of the Iranian central bank and ban all trade in gold and other precious metals with the Iranian Central Bank and other public bodies in Iran.

Tehran announced at the end of February that it is ready to receive payment for oil supplies in gold as well as the national currencies of importer countries - according to Mahmoud Bahmani, Governor of the Central Bank of Iran.

According to IMF data, at the last official count (in 1996), Iran had reserves of just over 168 tonnes of gold. The FT reported in March 2011 that Iran has bought large amounts of bullion on the international market to diversify away from the dollar, citing a senior Bank of England official.

Currency wars continue and are set to deepen.

OTHER NEWS
(Reuters Global Gold Forum) -- Commerzbank: Gold regaining safe haven status
Commerzbank said in a note on Tuesday that it expects gold to rise further following a minor pause, having regained its safe haven status. "Gold has now successfully bounced off the major 1532.20/1522.48 support zone which is made up of the September and December 2011 lows and has so far shot up to 1630.02. This is marginally above the area seen between the 55 day moving average at 1624.78 and the 38.2% Fibonacci retracement at 1627.90 which has acted as resistance," it said. "A minor retracement back to the 1600 level is now on the cards but the next lower significant 1532.20/1522.48 support area should not be retested any time soon, though," it added. "We expect the precious metal to stay above its late May high at 1584.20 on a daily closing basis in the course of this week and for it to head higher still in the near future."

Sales were 53,000 ounces, compared with 20,000 ounces in April and 62,500 ounces in March, according to the Mint’s website. Sales of American eagle silver coins rose 89 percent in May to 2.88 million ounces from April.

In May, the benchmark gold price fell for the fourth straight month, the longest slump since 2000, as the dollar rallied on the escalating debt crisis in Europe. Silver dropped for three consecutive months.

“People are slowly coming back to gold and silver as prices have fallen,” Scott Carter, the chief executive officer at Los Angeles-based Lear Capital, said in a telephone interview. “The fear trade is bringing some investors to gold.”

(Bloomberg) -- Platinum-Gold Ratio Declines to Lowest Level Since January 10
One ounce of platinum bought as little as 0.884 ounce of gold today, the least since January 10, according to data compiled by Bloomberg.

COMMENTARY
Commentary: Why would Iranians be buying gold? - MarketWatch