Gold is under pressure today despite the likelihood of more QE from the FED, ECB and other central banks and despite the very uncertain and poor macroeconomic outlook.

Positive US data, retail sales grew for the first time in 4 months, may have led to gold weakness and scaled back hopes that the US Fed will take action soon.

On Tuesday, Gold ETF interest increased to its highest level in nearly a month at 2,190.583 tonnes showing how investment demand in the gold ETF is far more ‘sticky’ and long term in nature.

This means that there is a fundamental pillar of support below the gold market which did not exist in the 1970’s.

An important positive development for the gold market is billionaire financiers George Soros and John Paulson have again increased their allocations to gold as seen in the latest SEC filings.

George Soros more than doubled his shares in the SPDR gold trust ETF.

He increased his position in SPDR Gold to $137.3 million in the second quarter from $52 million previously. SEC filing for the second quarter showed Soros Fund Management more than doubled its investment in the SPDR Gold Trust from 319,550 shares to 884,400 shares at the end of June.

In September 2010 (see chart), Soros called gold "the ultimate bubble" and largely dumped his stake in the ETF before gold recorded annual gains in 2010 and 2011 and rose to a nominal high of $1,920.30 per ounce in September.

There was speculation at the time that he may have sold the SPDR trust in order to own far safer allocated gold bars.

Another billionaire investor respected for his financial acumen is John Paulson and Paulson & Co increased its holdings by 26% by purchasing an additional 4.53 million shares of the SPDR Gold Trust to bring entire holding to 21.8 million shares.

It was the first time Paulson & Co had increased its position in the SPDR Gold Trust since the first quarter of 2009, when the investment firm initially acquired 31.5 million shares. It means that Paulson's $21 billion hedge fund now has more than 44% of the company's assets allocated to gold.

Paulson, who became a billionaire in 2007 by betting against the US subprime mortgage market, lost 23% in his gold fund through July as lower bullion prices and slumping mining stocks led to losses.

The increased allocation by Paulson shows that he has much confidence that his allocation to gold will pay off in the long term.

Moore Capital Management LP acquired 120,000 shares of SPDR Gold Trust in the second quarter, a filing showed yesterday. The hedge fund held no shares in the gold fund as of March 31. Moore was also aggressive in selling financial and bank shares such as JP Morgan (JPM), Wells Fargo and US Bancorp.

Gold fell 4% in Q2 but the increased allocations show that some of the smartest money in the world continues to see gold as a buying opportunity. With the Fed having bought $2.3 trillion of debt in two rounds of 'quantitative easing' and all major central banks keeping borrowing costs at a record low gold's fundamentals remain very sound.

Soros' recent renewed allocation to gold has been far less trumpeted than his gold 'bubble' remark and much trumpeted liquidation of gold holdings in May 2011. Some have suggested that Soros was misinterpreted regarding his gold bubble remark and may have meant that gold will in time become the "ultimate bubble". 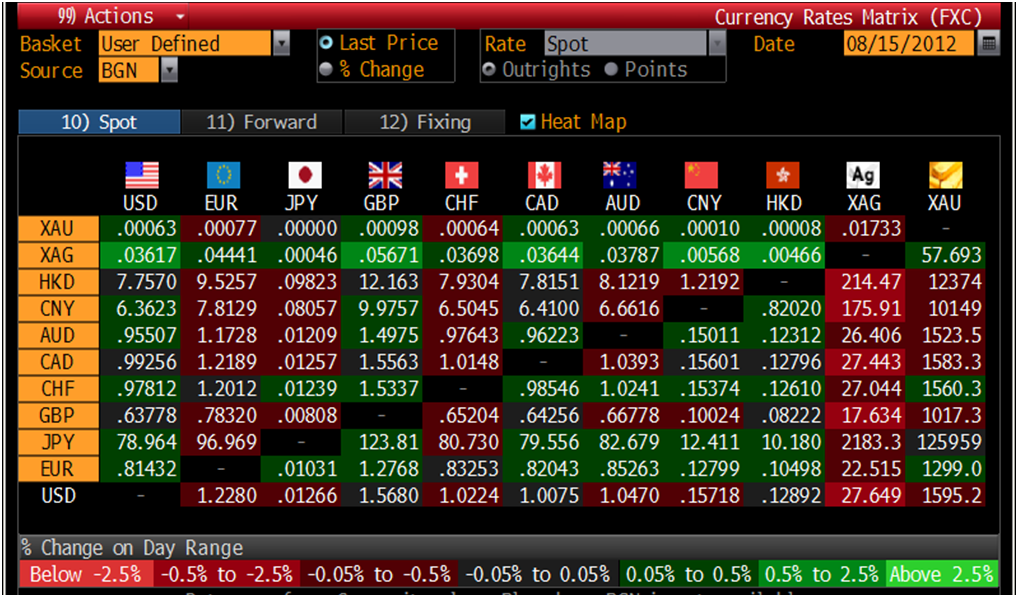 Alternatively, Soros wishes to accumulate a large position in gold prior to prices rising even further and was happy to help dissuade the retail public from entering the gold market until he owns a significant amount of gold.

Some hedge fund managers have been known to talk down an investment while in the process of accumulating.

It could simply be that Soros has changed his opinion regarding gold and does not now view it as a "not safe," "ultimate bubble". This seems likely as he has warned that there is a real risk of a euro break up and is on record regarding having deep concerns regarding the US fiscal situation - both of which are of course bullish for gold.

Paulson told clients in February that gold is his best long term bet, serving as protection against currency debasement, rising inflation and a possible breakup of the euro.

Given Soros awareness of financial risk it is likely that he also owns physical bullion and not just the more high risk shares in the very public SPDR trust.

Other highly respected managers such as Kyle Bass, Greenlight Capital's David Einhorn and Third Point LLC's Daniel Loeb are on record as favouring more discrete ownership of actual physical gold bullion bars - in an allocated format in a secure vault.

We advise our clients – retail, pension and institutional – to do likewise and own physical gold bullion in the safest way possible.

Aaaand It's Gone: This Is Why You Always Demand Physical – Zero Hedge

Which Way Will the Pendulum Swing for Gold? - GoldSeek

“They’re Going to Put the Old System In a Coma”! - CNBC