Currency markets have seen massive volatility this morning after the Swiss National Bank decision to fix the Swiss franc to the euro.

Just prior to the announcement, spot gold for immediate delivery had risen to a new record nominal high of $1,921.15/oz in early morning trading in Europe. 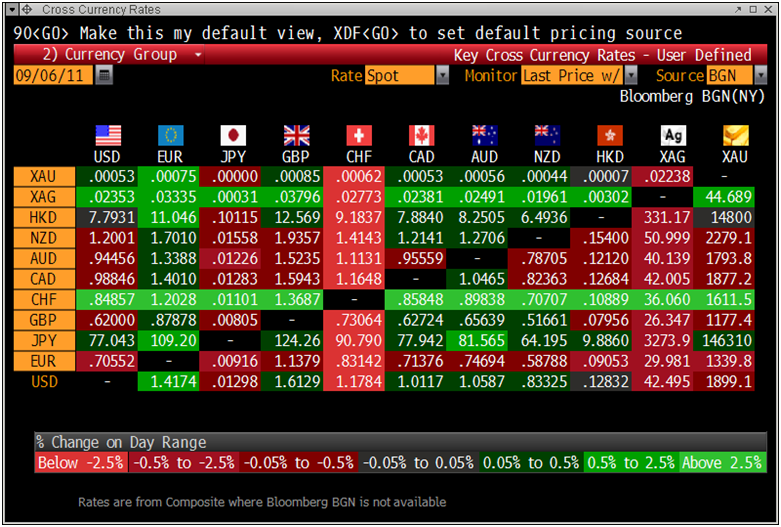 Then just before 0900 hours GMT came the news that the Swiss National Bank has decided to fix the country's exchange rate at 1.20 Swiss francs per euro. The SNB indicated it would buy an unlimited amount of euros regardless of the risk to maintain that value.

The SNB announced the currency fix because of what it called "the current massive overvaluation of the Swiss franc."

It said it will "no longer tolerate" an exchange rate below the minimum rate of 1.20 francs, which it said is still high.

The euro, which had been trading at close to 1.10 Swiss francs before the announcement, surged 9% to 1.2024 in the minutes afterwards.

Given the inherent frailties of the euro, it is more apt to say that the Swiss franc plunged 9% against the euro.

The SNB said in a statement that it "is prepared to buy foreign currency in unlimited quantities."

The SNB has once again clearly indicated that the so called safe haven currency that is the Swiss franc is set to be debased alongside the dollar, the euro, the pound and all fiat currencies.

Gold’s volatility is often overstated and the moves this morning are purely a function of massive volatility being seen in the international currency markets.

This volatility is set to continue and increase in coming months as the ramifications of QE1, QE2, further quantitative easing and injections of trillions of dollars, euros, pounds, yen and Swiss francs into the global financial system are felt.

Such volatility will of course be beneficial to gold as it will lead to further diversification into gold as store of wealth buyers, including central banks, seeking to protect themselves from currency volatility and the debasement of currencies internationally.

While the SNB news has provided a short term boost to the euro, the outlook for the ‘single’ currency is uncertain to say the least, despite massive denial amongst decision makers.

While all the markets are focusing on the SNB announcement today, its timing is interesting as it comes a day before a critical decision regarding the future of the European project, the European Union and the euro itself. 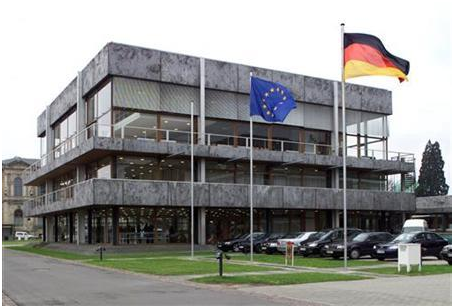 The Federal Constitutional Court will issue a ruling on the legality of last year's bail-out packages tomorrow at 10:00.

The court is expected to demand that the German government does more to ensure "democratic legitimacy" for its support for European wide bail-outs and to set conditions on continuing German support for the policy.

It is also possible that the court could throw the euro into chaos. Many analysts warn that the judges are likely to impose restrictions on the German government that could make decision making in the zone even more cumbersome than it already is.

It is also possible that the panel of judges ban Germany from taking part altogether, a drastic step that would deprive the EU rescue fund of its biggest contributor and undermine the very integrity of the euro.

Given these and the myriad of other macroeconomic, geopolitical and systemic issues facing the global financial and economic system today, it is amusing that some can confidently assert that gold is a bubble.

Unfortunately, this leads to people again being lulled into a false sense of security and to a lack of real diversification.

(Bloomberg)
Marc Faber Says Gold Is No ‘Bubble’ as Price Climbs Above $1,900 an Ounce

COMMENTARY
(Financial Times)
Gold has Endured as a Protection of Wealth for More than 6,000 years

(ZeroHedge)
Bring Out Your Dead - UBS Quantifies Costs Of Euro Break Up, Warns Of Collapse Of Banking System And Civil War

(The Telegraph)
Please, no more QE until really needed‎

(CNBC)
Why Any Euro Exit Would Cause 'Complete Chaos'