Why Has Gold Fallen In Price And What Is The Outlook?

Why Has Gold Fallen In Price And What Is The Outlook? 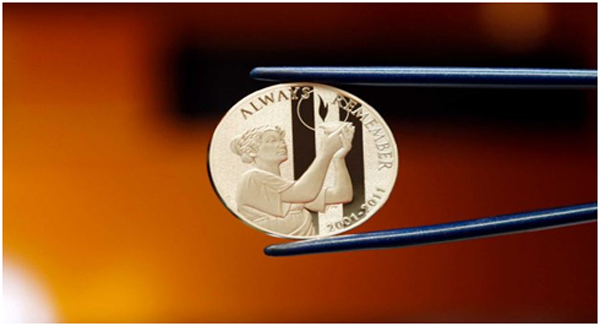 9-11 Silver Medal produced at US Mint next to Military Academy at WestPoint, NY.

Gold edged up in line with the euro as G8 leaders pledged to keep Greece in the eurozone.

Investors remain cautious as the world leaders had no specific plan declared for Greece, who will face new elections next month.  Leftist leader, Alexis Tsipras said he would meet with other EU leaders and negotiate new terms to keep Greece in the eurozone if he was elected.

ETF holdings bounced back from the 3 ½ month low hit last Thursday to 69.884 million ounces on Friday.  ETFs hit an all time high in March when they were at 70.89 million ounces.

There are  few a factors that have led to gold falling in price in recent weeks despite the worsening Eurozone debt crisis and deteriorating economic data from the US and elsewhere.

Gold Has Fallen Due To

• Oil weakness – since the end of February, oil has fallen from $111 a barrel to below $95 a barrel (NYMEX) today. Gold and oil are often correlated and many buy gold to hedge inflation that comes from higher oil prices.

• Gold’s weakness may also have been due to wholesale liquidation in all risk markets due another bout of "risk off" which has seen global equities and commodities all come under pressure.

• Physical demand from retail investors in the western world has slowed down as did demand from India in recent weeks due to the increase in taxes on bullion (since removed).

• Much of the selling has been technical in nature – whereby more speculative elements on the COMEX who trade gold on a proprietary basis have been selling gold due to the recent price weakness and the short term trend clearly being down. This has led to speculative longs now having their smallest positions since December 2008.

Gold’s Outlook Remains Positive Due To

• Central bank demand remains robust and central banks are set to be net buyers of gold again in 2012.

• Demand for physical gold remains robust in much of the Middle East, Asia and the Far East with strong demand seen in particular in Turkey (for Middle East) and in Hong Kong (for China).

• The problems in the Eurozone are far from resolved and the short term panacea policy ‘solutions’ of recent months have almost certainly made matters worse and increased the risk of contagion in the Eurozone whereby periphery nations are forced to revert to national currencies or the euro itself is devalued and debased.

GoldCore continues to believe that gold may rise to the inflation adjusted high of $2,400/oz in the coming years. Given the risk of contagion and currency devaluations in the Eurozone, euro gold should rise to above €2,000/oz in 2013.

Gold remains an essential diversification and those who have a 10% allocation to gold bullion will be rewarded again in the coming months as macroeconomic, monetary and systemic risk is likely to become elevated again.