Despite a 65 percent jump in box office earnings last year, the movie industry still has a long way to go in its recovery from the Covid-19 shock.

At an estimated total of $7.5 billion, Statista's Felix Richter notes that the North American box office had the third worst year since 2000, still trailing 2019 box office earnings by 33 percent. 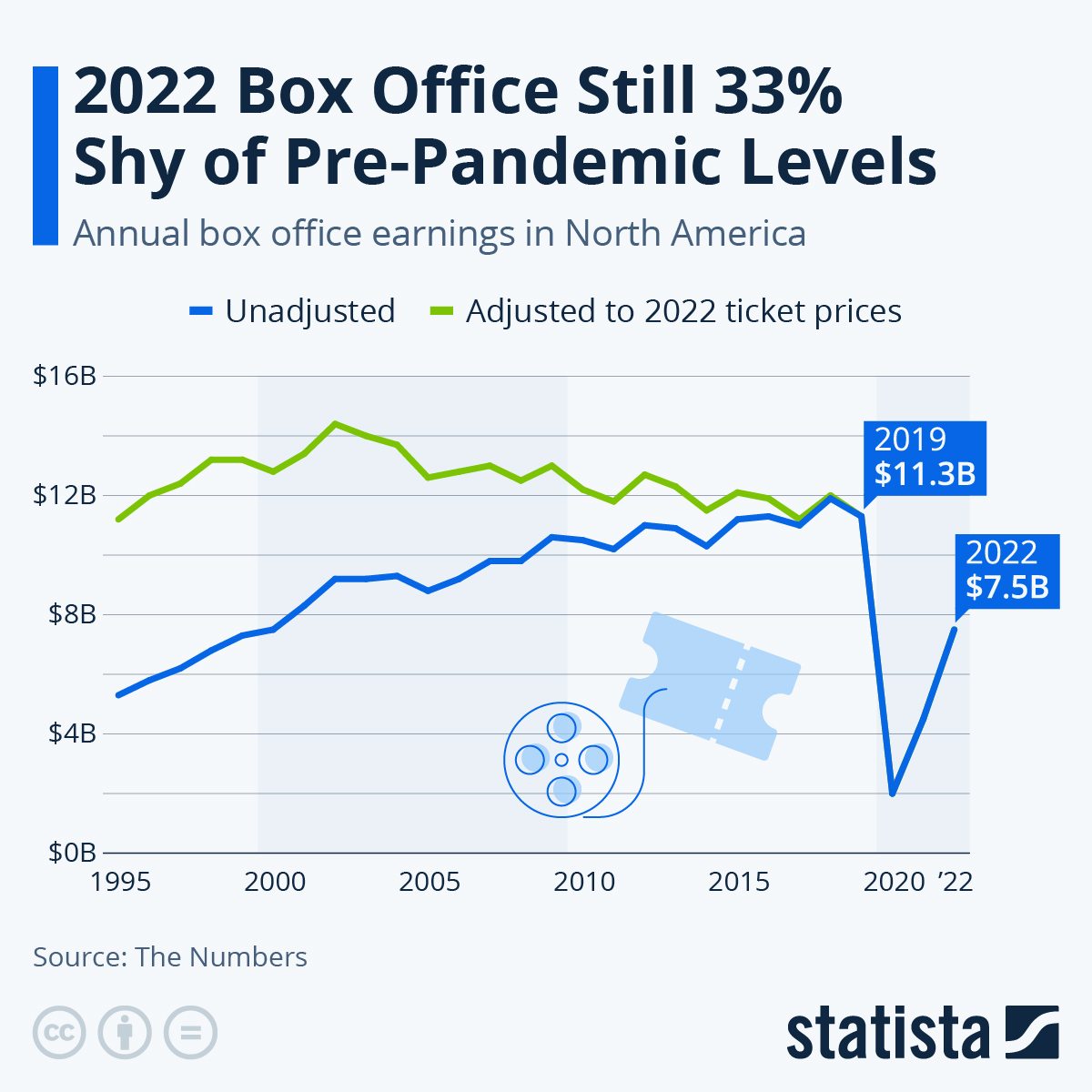 Things are looking even worse when adjusting for ticket price inflation, which makes the 2022 results the third worst year in a long, long time. With roughly 814 million tickets sold in the United States and Canada, movie theaters attracted at least 400 million fewer visitors than in any year between 1995 and 2019, according to industry tracker The Numbers.

Movie theaters and the film industry were hit incredibly hard by the coronavirus pandemic, as screens went dark in most parts of the world in March 2020, when strict social distancing measures were implemented to contain the virus. Box office earnings vanished practically overnight, and film studios were forced to push back movie releases to later in the year, hoping that things would be back to normal by then. Unfortunately, things never went back to normal, as Covid came and went in waves and it took a long time for people to be comfortable enough to return to movie theaters, even after vaccinations had become widely available.

Desperate to generate new revenue streams, studios even did the previously unthinkable in 2021 and started releasing films on streaming services simultaneous to the theatrical release. While embracing streaming as an alternative means of distribution during these special times seemed like a shrewd move, it is proving difficult to put the genie back in the bottle. Consumers have a way of quickly getting used to new realities, and while many people have sorely missed the moviegoing experience, others have long called for the end of theatrical release windows.