The most popular drink in America is sold at a 4000 percent markup and is responsible for tens of millions of discarded containers each day: bottled water.

As Statista's Katharina Buchholz details below, despite U.S. tap water - with some notable exceptions - being safe to drink, around one third of Americans don't consume it at all, while another third is most likely to drink their tap water filtered. 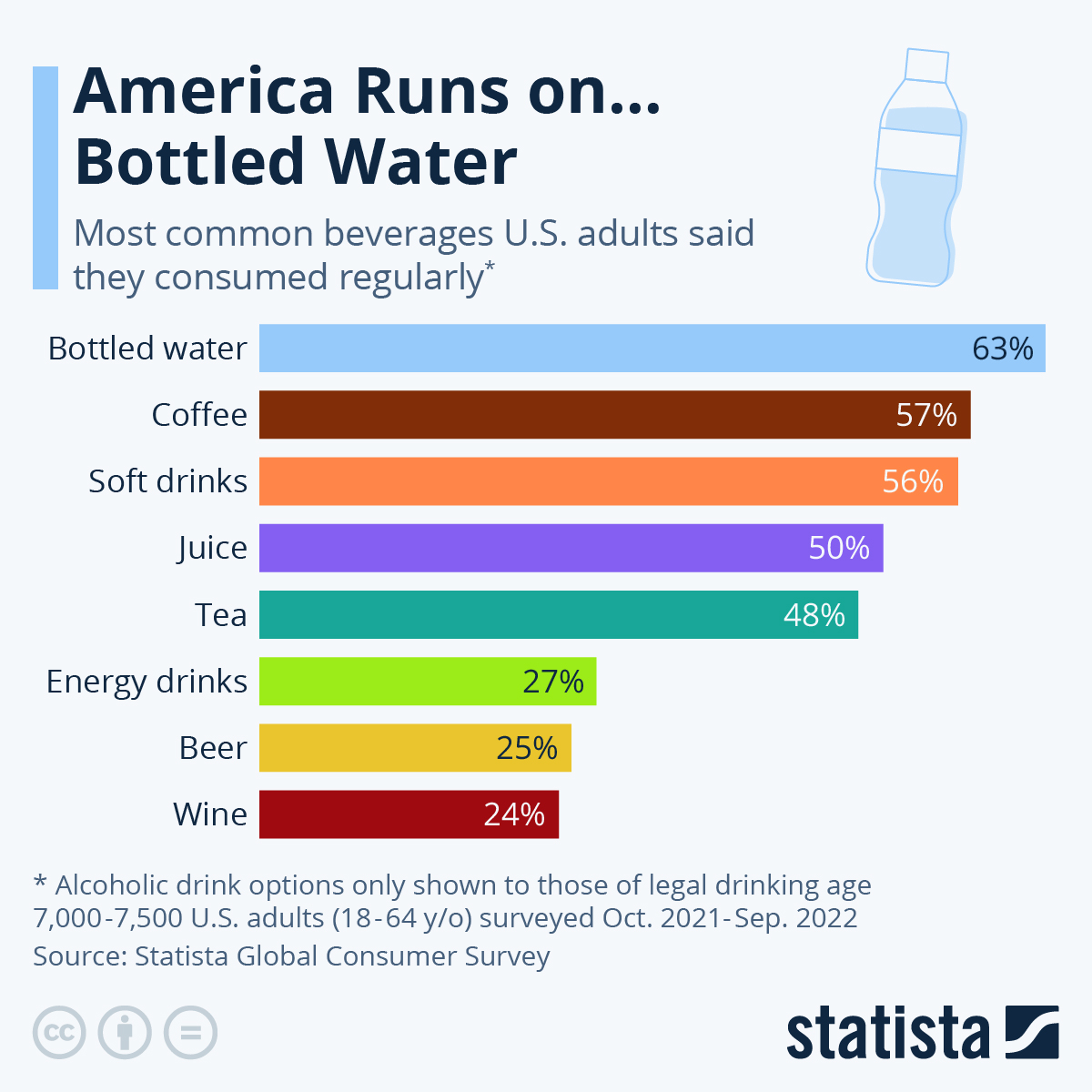 Plastic bottles and plastic bottle caps are among the most common items to pollute oceans. Yet, the U.S. has introduced few regulations to reign it their use.

The Statista Global Consumer Survey shows that 63 percent of Americans consume bottled water regularly, placing the drink ahead of coffee, which only 57 percent said they drank somewhat frequently.

Almost as many people - 56 percent - said they regularly grabbed a soft drink.