What would you do with an extra day of the weekend?

Would you be able to get everything done in just four working days?

As Statista's Anna Fleck details below, several companies in the UK have been trialing just that, and the results are in: a four-day work week can benefit both employers and employees in some industries.

The trialed protocol is intended to not only find the right work-life balance for employees, but to help take care of their mental health and to avoid burnout. 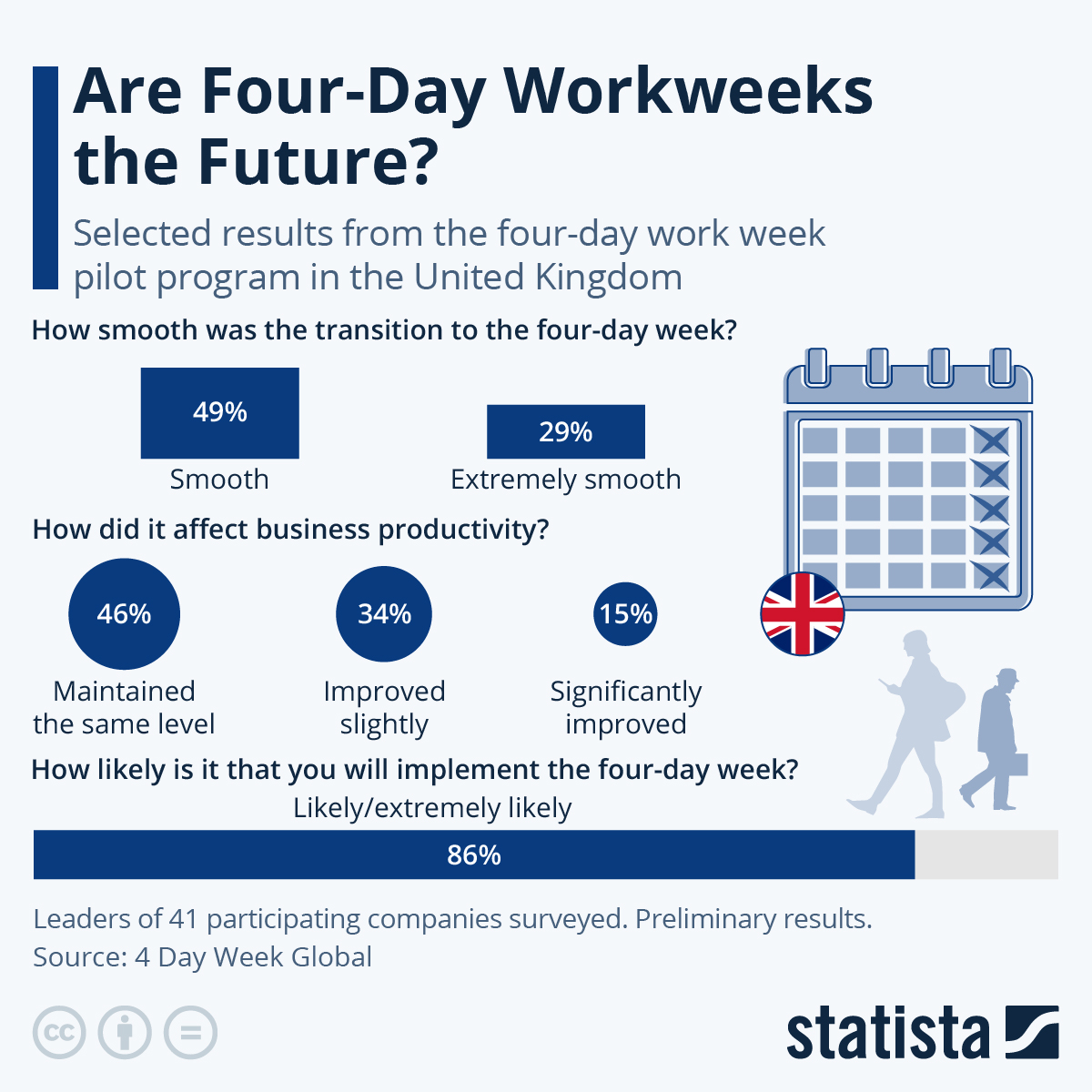 In early June, more than 3,300 employees at 73 companies in the UK began a six-month trial aimed at testing the effectiveness and productivity of a four-day working week. With this goal in mind, employees were given one paid day off per week. The study was conducted by the advocacy group 4 Days Week Global, researchers from the University of Cambridge, Oxford and Boston College and the Autonomy institution.

According to the preliminary results, published last Wednesday, the four-day work week would not generate loss of productivity. In fact, for nearly half (46 percent) of the consulted leaders, the level of productivity remained stable, and in 34 percent of cases it even "increased slightly." On top of this, a high share of respondents said it was either likely or extremely likely that they would continue the policy at the end of the trial period.

﻿Similar experiments are being carried out in Australia, New Zealand, Canada, the United States and Ireland, with plans to replicate the study in Spain in 2023.