While global optimism for 2023 has dropped, despite everything, the world is still on average holding out more hope than not.

As Statista's Anna Fleck reports, according to the latest data from Ipsos, a global average of 65 percent of respondents say they feel optimistic that 2023 will be better than 2022. Yet, as Statista's chart shows, that’s down 12 percentage points from last year and the lowest score recorded since Ipsos started running the survey. 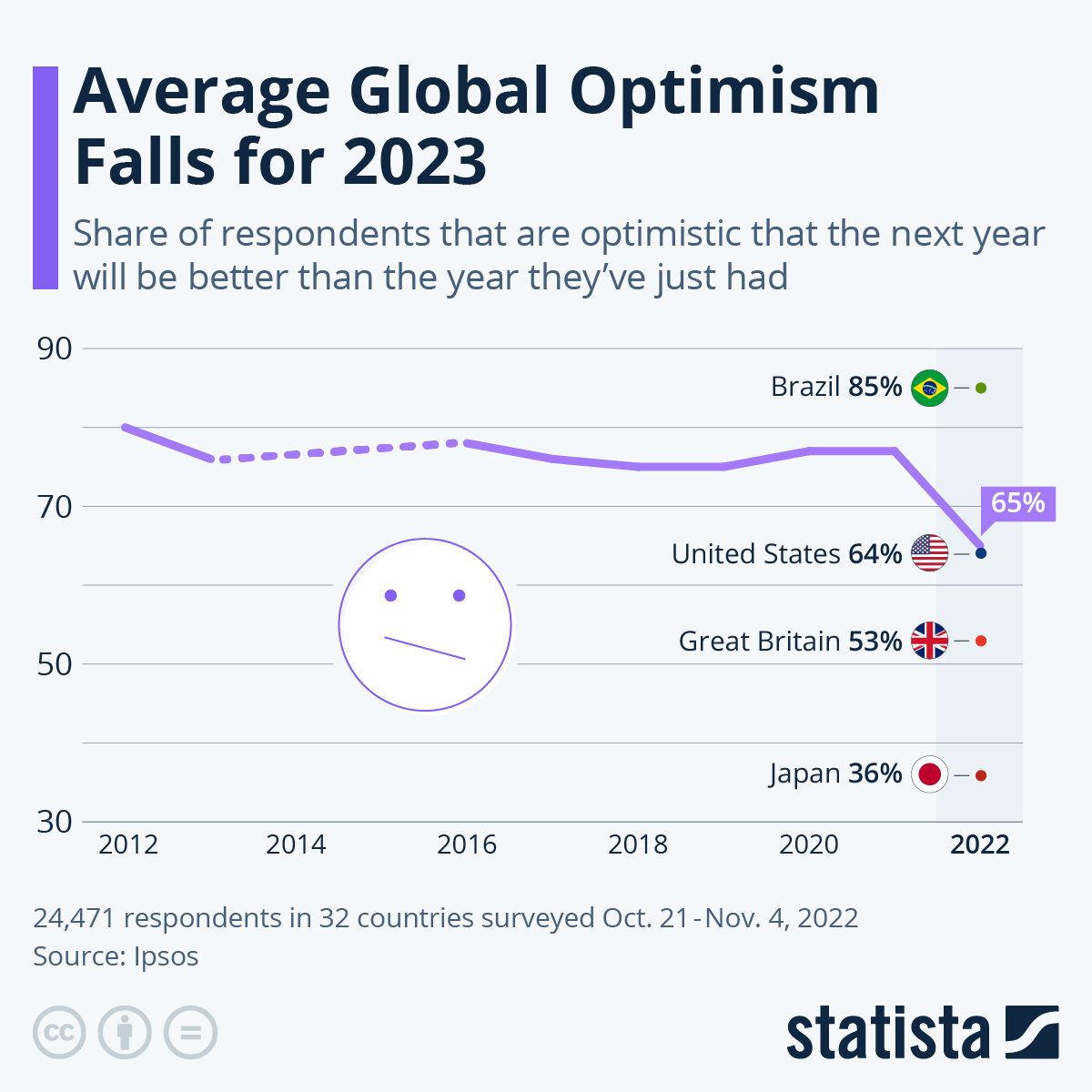 Of course, a global average as a single figure hides the differences between countries.

For instance, when looking at an international breakdown, Brazil has a relatively high share of people feeling positive about the coming year. Out of the 32 countries polled, it comes out on top, with 85 percent of respondents feeling more optimistic about 2023 than 2022. This has risen slightly from last year when 82 percent of respondents said they felt optimistic looking ahead.

At the opposite end of the spectrum stands Japan. The country has only 36 percent of its respondents feeling more positive about next year, which is an 18 percentage point drop from one year before. This is supported by a similar survey carried out earlier this year by Nippon, which similarly found that respondents, especially the younger generation, felt little hope that their country was set to improve anytime soon, partly due to the country having entered an era of declining population and low economic growth.

The UK has a more equal split. Where a total of 87 percent of Britons considered 2022 to be a particularly bad year for the country, over 80 percent of respondents also said it’s likely prices will increase faster than people’s incomes next year, that inflation will be higher in 2023 than 2022, and that interest rates will grow further still.