One of the biggest life questions facing this generation is whether they can and/or want to buy a home for themselves and their family.

As Statista's Martin Armstrong sadly notes, something which has long been the norm in the UK is proving ever more unrealistic for young people in the country and as a new analysis from estate agent Hamptons shows, renting is now the much more affordable option in a number of regions. 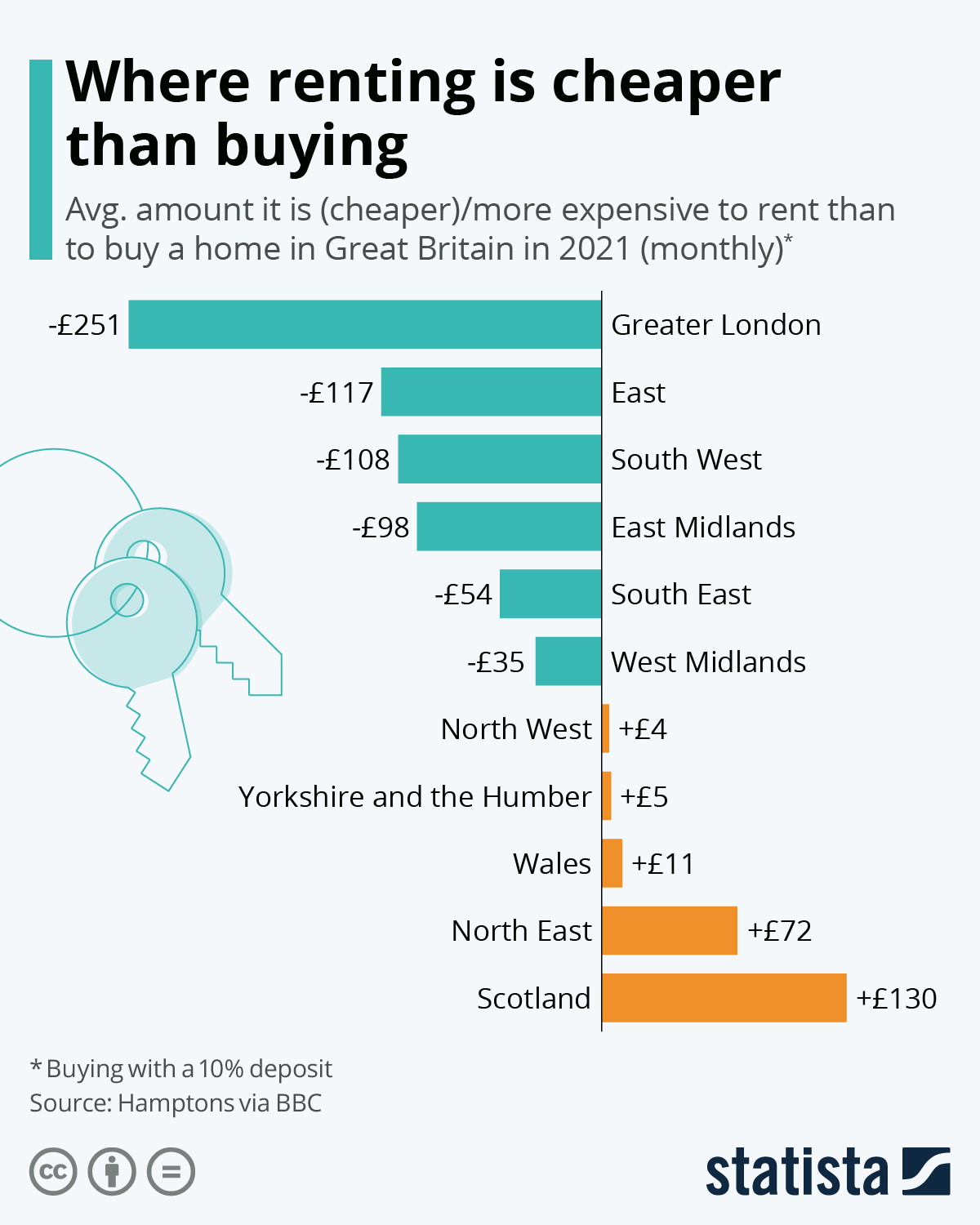 As covered by the BBC, those looking to settle down in London with a 10 percent deposit in their pocket would, despite the potential longer-term benefits of home ownership, be paying an average of £251 more per month than if they chose to rent.

It's a different story in Scotland, where buying property would lead to monthly savings of £130.

Aneisha Beveridge, Hamptons' head of research, said the pandemic was responsible for reversing this six-year-long trend.

"A year ago, lenders were either increasing their rates or withdrawing higher loan-to-value mortgages altogether," she said.

"For first-time buyers in particular this pushed up the cost of paying a mortgage, if they could get one at all, to well above the cost of renting."

There are, of course, a host of other financial and practical factors which potential first-time buyers will consider when deciding to rent rather than buy, or vice versa, which are not captured in this research.