The OECD's latest Education at a Glance report has found that England has the highest university tuition fees in the world. 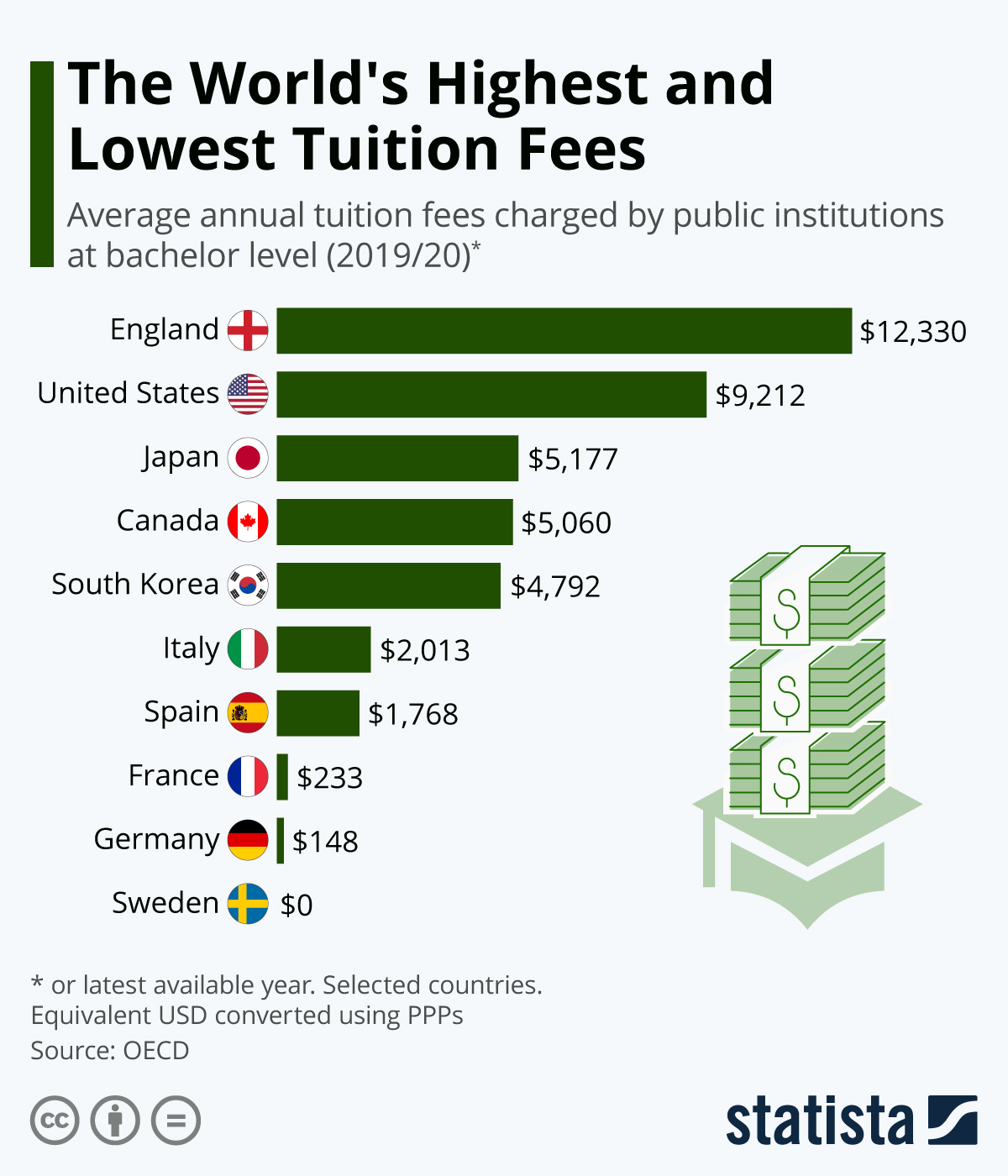 As Statista's Martin Armstrong notes, OECD countries tend to have different approaches to financing a university education with many nations joining England in charging tuition fees and around a third not charging any fee at bachelor or equivalent level.

An average annual fee at an English public institution amounts to approximately $12,330 when converting to USD using purchasing power parity, As well as England, the United States, Australia, Canada, Chile, Japan and South Korea all have tuition fees in excess of $4000. Countries in continental Europe like Spain, France and Germany all tended to have far lower fees by comparison, while Sweden, Norway, Denmark and Finland all have no fees at all.

Since the beginning of the 2000s, annual costs have increased by 700 percent.