TomTom has released its 2019 Traffic Index which shows levels of traffic congestion in 416 cities across 57 countries. 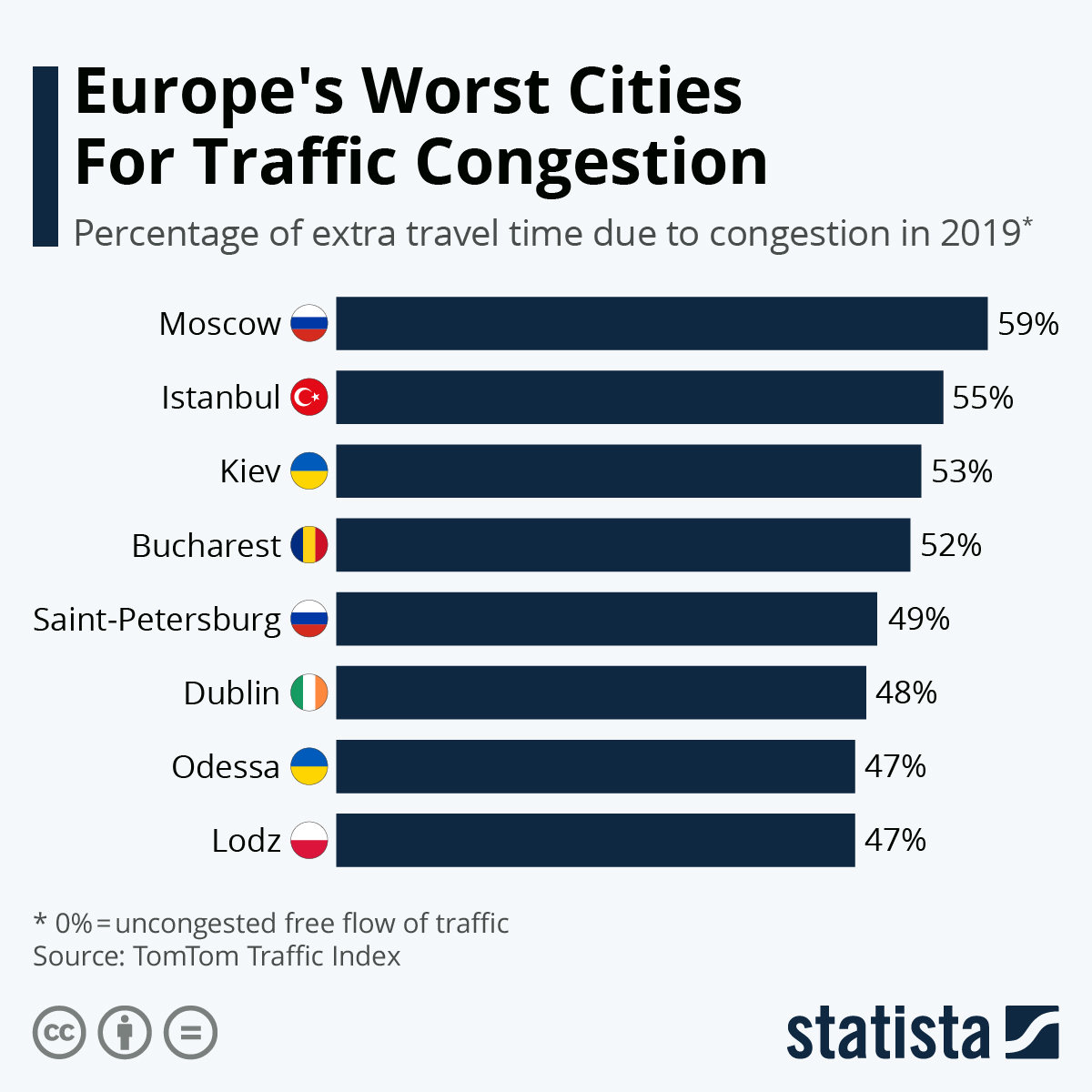 In Europe, Moscow is the most gridlocked city with commuters there experiencing 59 percent extra travel time each year due to the city's traffic problems. As Statista's Niall McCarthy notes, that equates to 225 extra hours stuck behind the wheel or nine days and nine hours each year.

Istanbul is the second-most congested city in the European category of the ranking at 55 percent, followed by Kiev's 53 percent.