In a few short hours, the Cincinnati Bengals will face off against the Los Angeles Rams in the 56th Super Bowl, arguably the biggest event of the year in U.S. sports. However, as Statista's Florian Zandt shows in the chart below, our chart shows, only one athlete playing for either of the two finalists ranked in the top 8 of the highest-selling NFL jerseys in the last week of the regular season according to data from Fanatics, the company behind nflshop.com.

The first spot was claimed by a very familiar face once again. 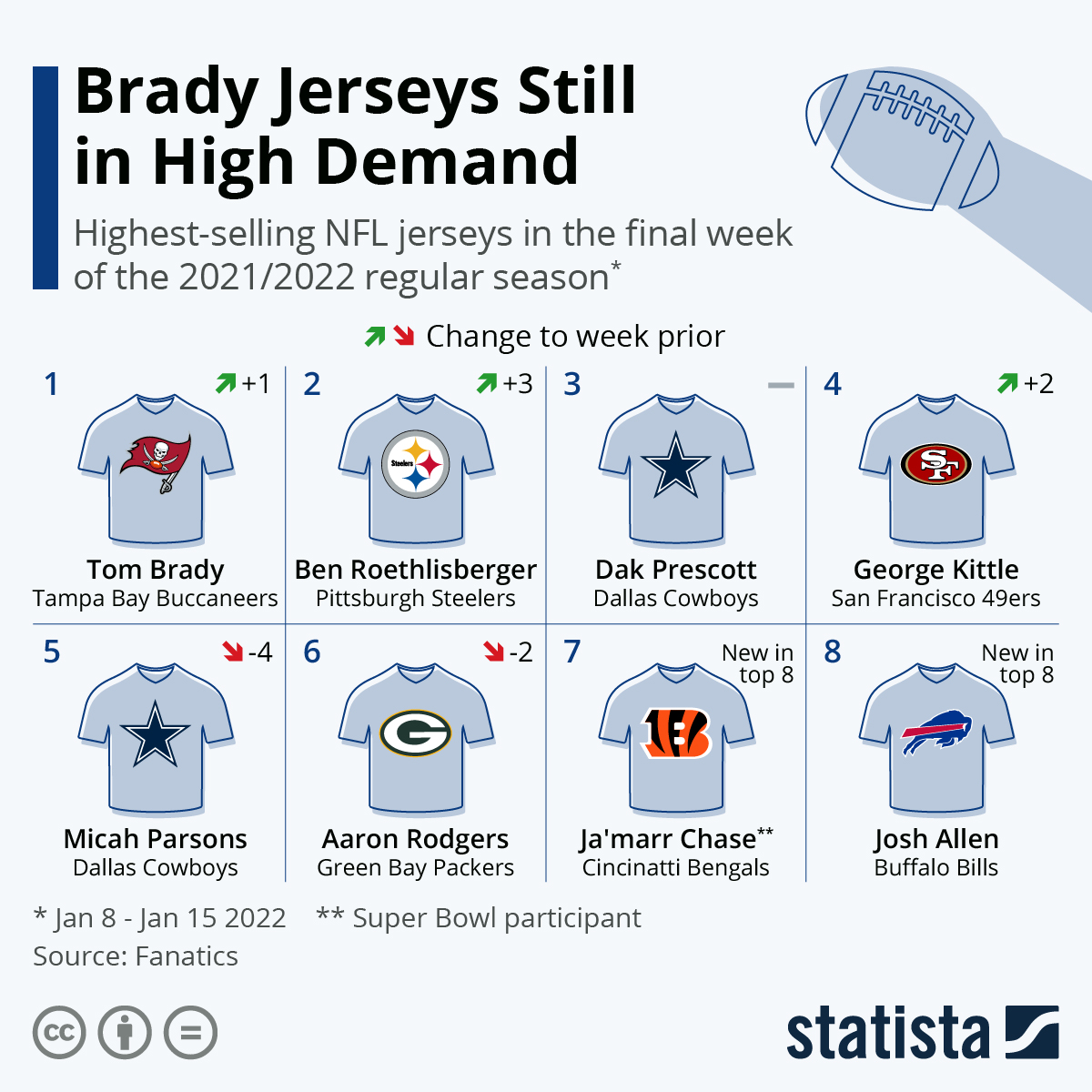 This face, of course, belongs to star quarterback Tom Brady, who announced his retirement on February 1, 2022 after 22 seasons. Brady spent his last two seasons at the Tampa Bay Buccaneers with whom he won the last Super Bowl and is widely regarded as one of the best quarterbacks of all time. While his legacy as an athlete is largely undisputed, the now-former NFL player is not without controversy off the field: Brady has been good friends with former President Donald Trump since 2001, although he did decline a speaker's role at the 2020 Republican National Convention and hasn't officially endorsed Trump's presidential races in 2016 and 2020.

Coming in second after Brady in terms of jersey sales is Ben Roethlisberger, moving up three ranks from the week prior. Both sale increases might be related to one similarity between the two players: Just like Brady, Roethlisberger retired at the end of the 2021/2022 season after spending 18 years with the Pittsburgh Steelers. The sole player from a Super Bowl competitor in the top 8 jersey ranking is Ja'marr Chase of the Cincinnati Bengals. In his first season, the wide receiver broke several NFL rookie records, including most receiving yards in a game.

Even though the final game of the NFL playoffs is still immensely popular in the U.S., its viewership numbers have dwindled since 2015. In 2021, roughly 91 million viewers from the U.S. watched the Super Bowl, while ad revenue amounted to roughly $485 million.