Residents of Greece would have had to pay approximately six percent of their average monthly wage for a full tank of gas this past Monday due to the price hike connected to Russia's continued invasion of Ukraine. As Statista's Florian Zandft details below, this is the highest figure among all OECD countries.

Even with the United States seeing record highs of more than $4 per gallon last week, the nation still comes in last in terms of the average monthly wage share needed for a full refueling as Statista's chart shows. 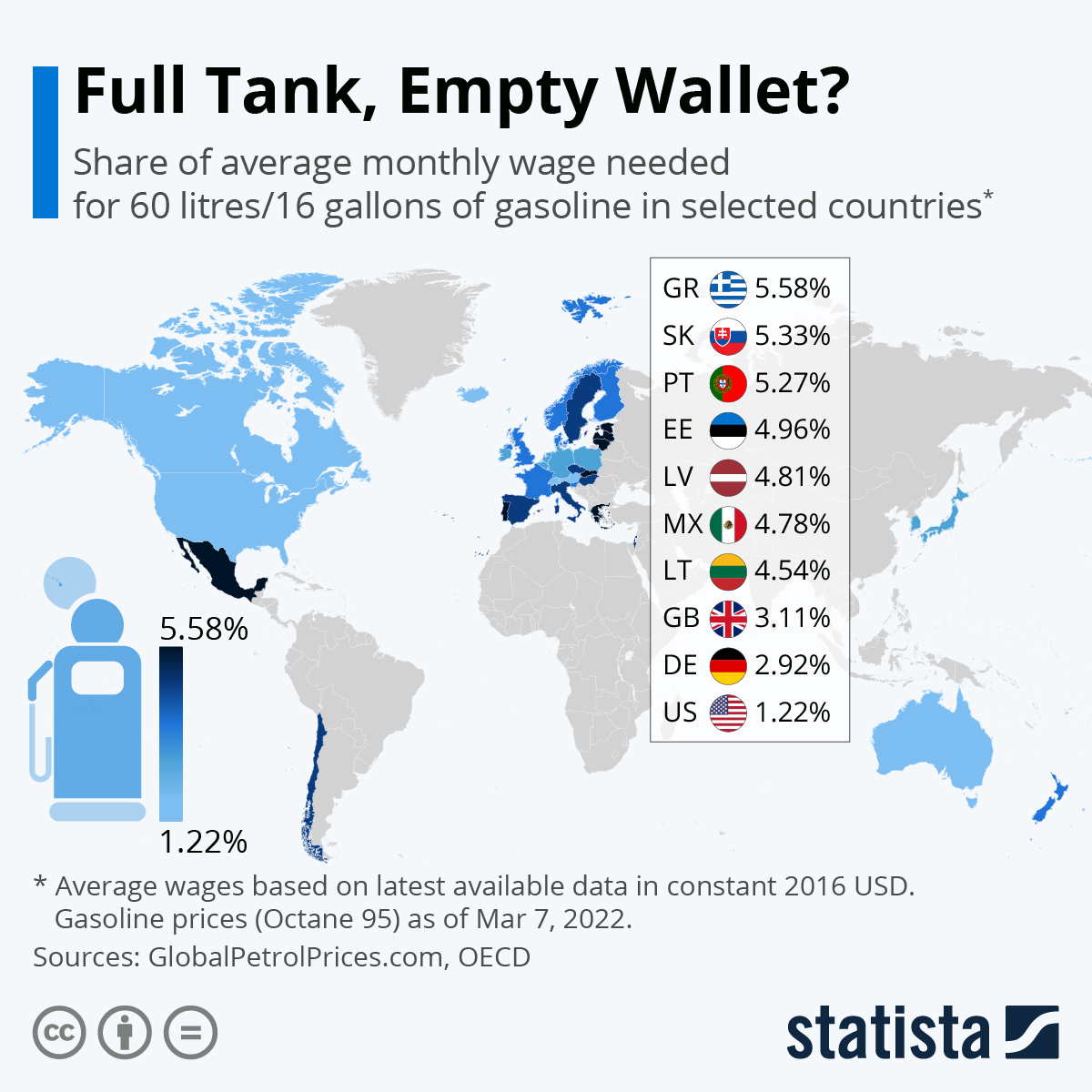 According to combined data from the OECD and GlobalPetrolPrices.com, Americans had to pay 1.2 percent of the country's average monthly wage for 16 gallons of gasoline at the pumps. While their northern neighbor Canada falls into the same bracket with 1.9 percent, their North American Free Trade Agreement partner Mexico had one of the highest shares of average monthly income needed to fill up a 60-litres or 16-gallon tank at 4.8 percent.

This disparity can be partly explained by the general state of wealth and the labor markets in the corresponding countries as well as their ability to produce fuel themselves as is the case for Canada and the United States.

So while inhabitants of Denmark had to pay an average of $2.4 per litre of Octane 95 at the pump on March 7, a full tank would only amount to about three percent of the average monthly wage of roughly $4,900. Greek motorists, on the other hand, had to contend with $2.1 per litre at the pumps against an average monthly income of $2,267.