Following the pandemic shock to the labor market that saw millions of Americans lose their jobs in a matter of weeks, the balance of power has shifted in favor of workers as companies struggled to fill open positions in the swift recovery following the Covid shutdown. In what has become known as “the Great Resignation” or “the Great Reshuffle”, almost 50 million Americans quit their jobs in 2021, hoping for higher pay, more benefits or better career options elsewhere.

However, as Statista's Felix Richter details below, the grass isn’t always greener on the other side, and a sizeable chunk of those who left their previous jobs are now feeling quitter’s remorse. 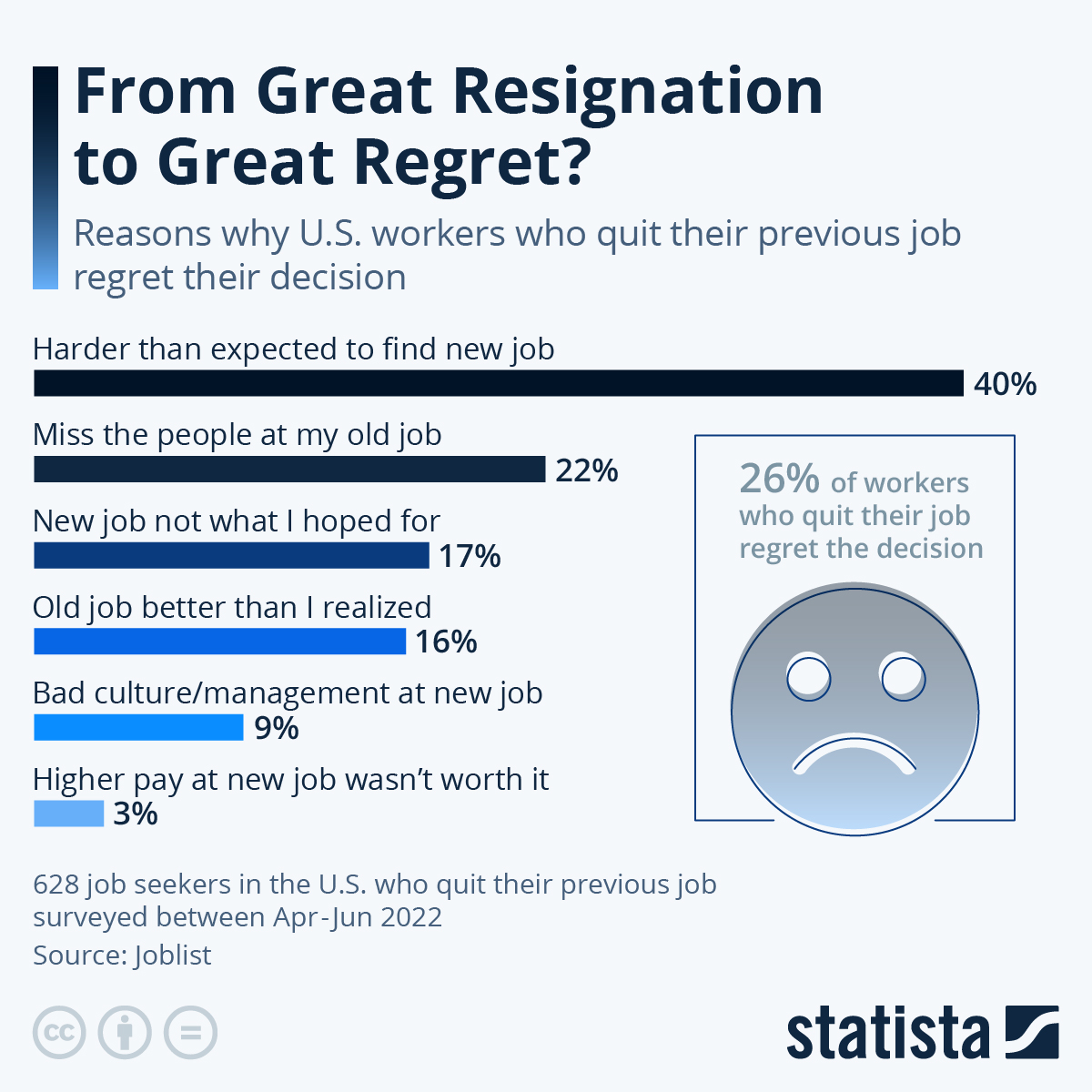 According to a recent survey from job search portal Joblist, one in four workers who quit their previous job say that they regret the decision, citing a variety of reasons for their second thoughts.

The most common reason for workers’ regrets is that they quit without having a new job lined up and are now finding it harder than expected to find one. This comes as a surprise given the current labor market where open positions far exceed the number of unemployed workers. Other reasons for regretting the decision to quit include missing the people at their old company, disappointment in the new job and the realization that the old one wasn’t half bad after all.

According to Joblist, 42 percent of those who quit their job say that their new job hasn’t lived up to expectations but returning to their old job is not really an option for most.

When asked about a possible return to their old employer, 59 percent ruled out that option, while 17 percent said “yes” and 24 percent were at least open to the idea. Education and healthcare workers were apparently most fed up with their old jobs, with 67 percent of workers in the field saying they had no intentions of returning to their previous position.