Knight Frank has released its 15th annual Wealth Report which found that the Covid-19 pandemic has proven good news for the world's super rich, primarily due to surging asset prices that are being driven by lower interest rates and fiscal stimulus.

As Statista's Niall McCarthy notes, the global UHNWI population (an ultra-high-net worth individual has a net worth of $30 million or more) climbed 2.4 percent over the past year with growth strongest in Asia at 12 percent. Growing inequality is increasingly been seen as the greatest threat to future wealth accumulation and support for wealth taxes is rising in many parts of the world with such plans already proposed or in place in Argentina, Canada and South Korea with similar measures likely to be introduced elsewhere.

Considering the massive and growing gap between the super rich and the rest of the world, how much would someone need to earn to join the exclusive and oft-maligned one percent club? The Wealth Report included an interesting subsection that used the company's Wealth Sizing Model to compare requirements to gain access to the top 1%. 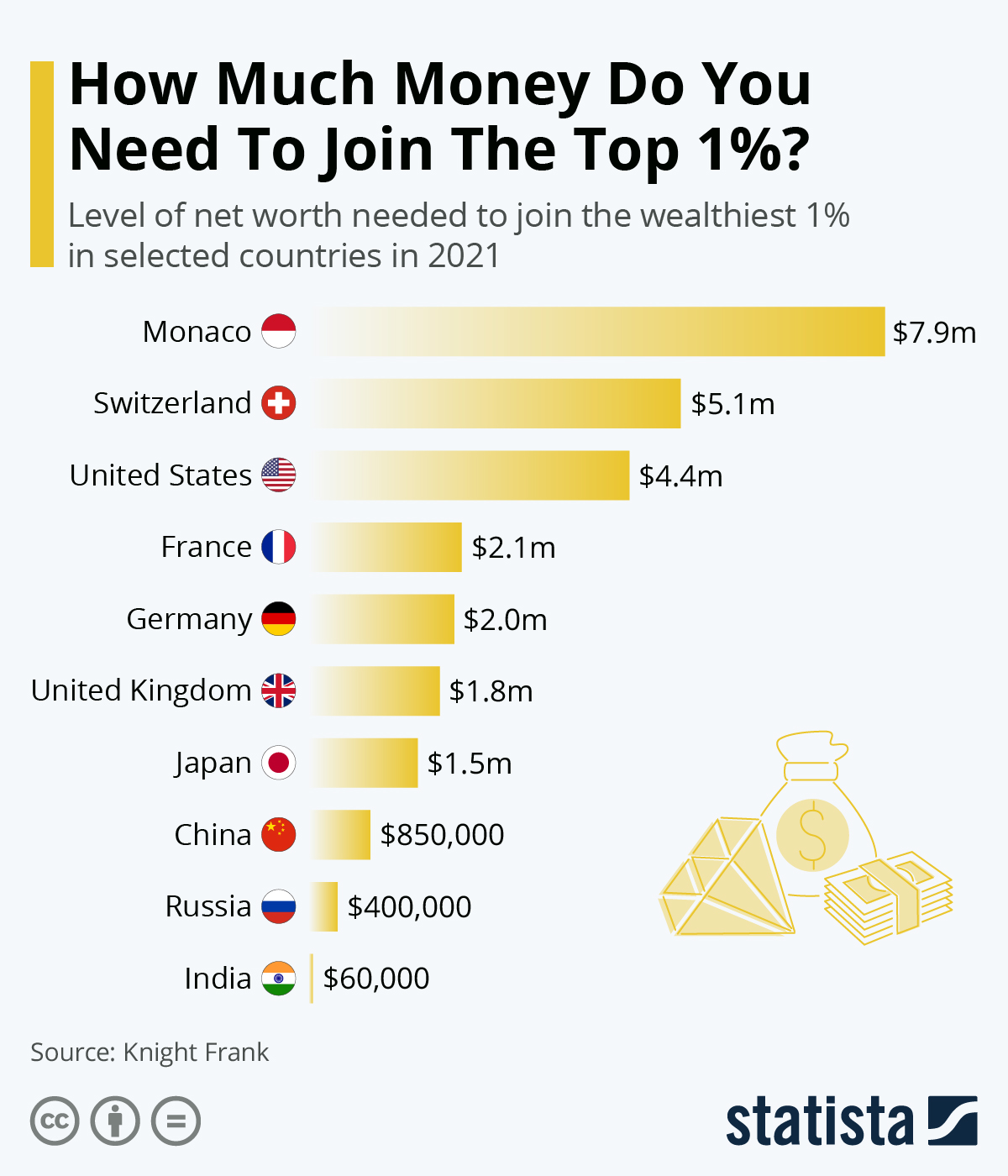 They vary considerably between countries and people would need the deepest pockets in Monaco. The tiny principality is well known as a playground for the super rich and it has one of the densest UHNWI populations on the planet. The entry point to the community is the highest on the planet at $7.9 million. Switzerland is known for its affluence and a cool $5.5 million would be needed to be counted among the country's top one percent. The United States has the world's largest UHNWI population with around 180,000 people holding a fortune of $30 million or more in 2020. Some $4.4 million would gain entrance to the America's one percent club.

Elsewhere, the threshold is considerably lower, particularly in developing countries where the super wealthy community remains relatively sparse. While China is expected to see its entry requirements rise significantly in the coming years, $850,000 was enough to be counted among its one percent community in 2020. India has seen its super rich population grow steadily in recent years but its threshold remains extremely low less than one percent of Monaco's. A mere $60,000 would count someone among India's highest earners, though the status would not last long. Knight Frank predicts that India's entry threshold will double within the next five years.