It appears that COVID has become a concern of the past, at least for the time being.

As Statista's Anna Fleck details below, this perhaps speaks more to the rapid change of new, mounting crises rather than anything else, as the past months have seen droughts, famine, the war in Ukraine, an ensuing energy crisis and skyrocketing inflation.

The chart below visualizes just how much can change in the space of two years. 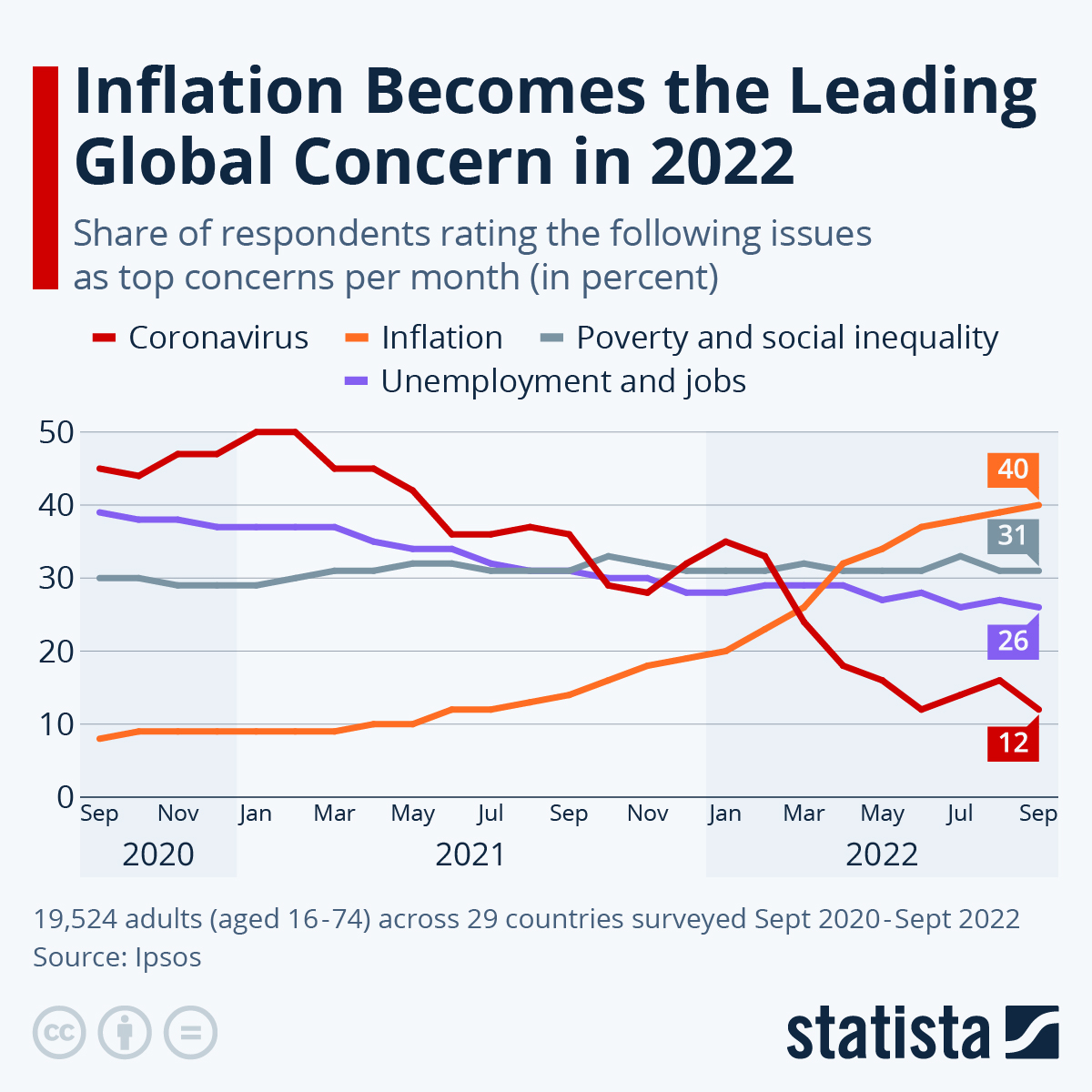 According to a survey of nearly 20,000 adults conducted by Ipsos, as many as 50 percent of respondents considered the pandemic a chief concern in January 2021. It has now fallen to a primary worry of only 12 percent - the joint lowest level since the coronavirus pandemic was added to the monthly survey.

Inflation follows an opposite trend, however, with only 8 percent of adults stating it was a main concern in September 2020, rising to 40 percent saying it was a worry last month.

The countries where most people consider it a major concern for are Poland (67 percent), Argentina (65 percent), Turkey (56 percent) and the UK (56 percent).

The latest data shows that poverty and social inequality come second on the list of concerns as of September 2022, with around one in three respondents around the world selecting it.

When asked whether respondents’ countries were headed in the right direction or not, two thirds of adults said that their country was on the wrong track. Where Saudi Arabians (95 percent) and Indonesians (81 percent) gave the most positive answers, Peruvians (10 percent) and Argentinians (10 percent) were the least optimistic. Meanwhile, the UK and France saw the biggest drops (-9 p.p.).