The UK and Ireland have some of the highest childcare costs in the developed world.

As Statista's Anna Fleck details below, according to data from the OECD, the average working couple in Ireland and the UK spends about a third of their income on childminders and nurseries.

That’s around three times as much as parents in Luxembourg, Spain and Norway. 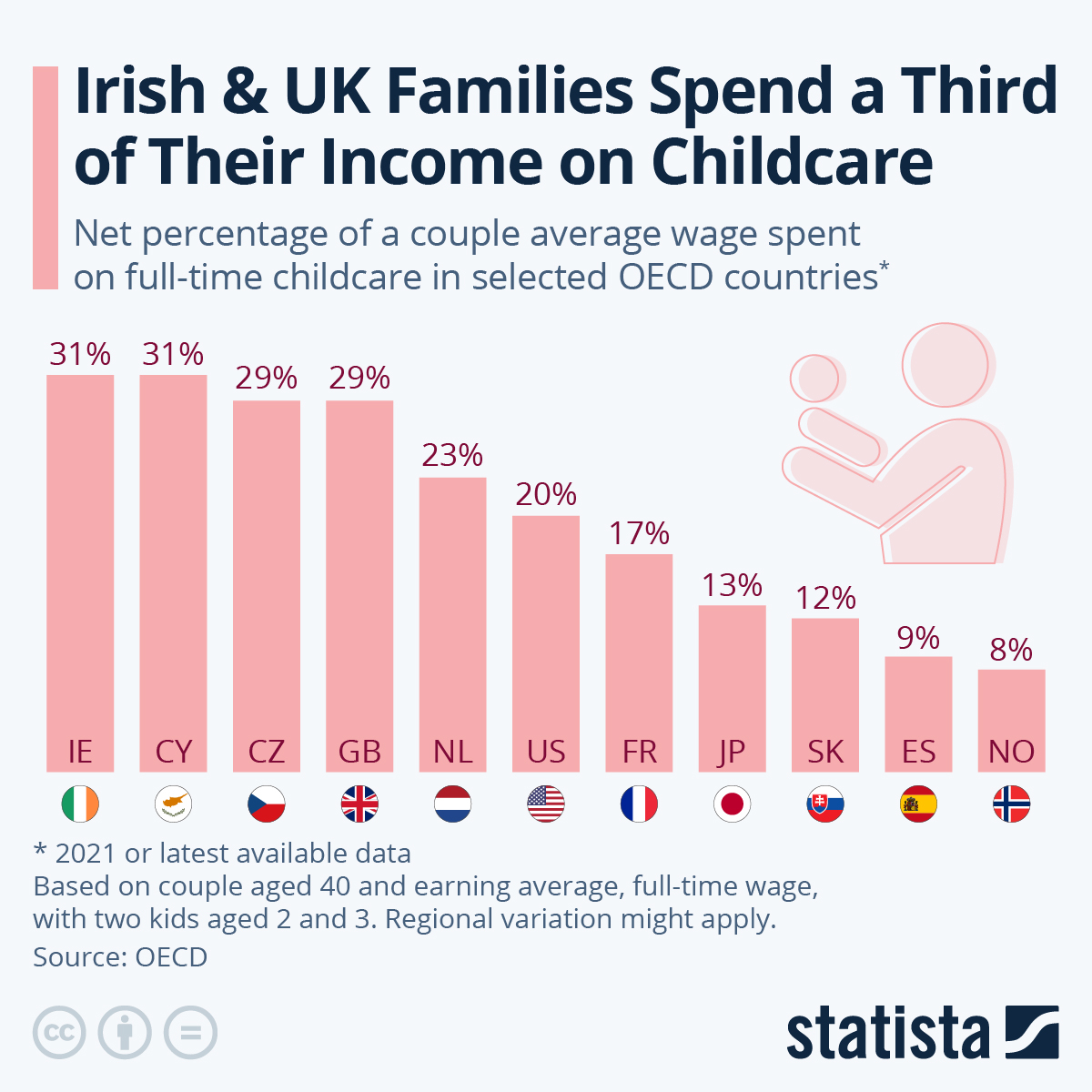 Childcare costs in Cyprus and the Czech Republic are also steep, with families forced to spend on average at least 31 and 29 percent of their income respectively on full-time care for their children.

In the United States, costs are slightly lower (around a fifth of a couple’s wages).

It’s worth noting however, that in countries where benefit rules are not decided on a national level but rather by region or municipality, analysts have sourced data that refers to a “typical” case, for example in the capital.

This chart is based on the data of 40 year old couples that are earning an average, full-time wage, with two children aged 2 and 3.

It takes into consideration wages after childcare benefits have been deducted - whether those are childcare allowances, tax concessions, fee rebates and increases in other benefit entitlements.

As wages stagnate and the cost of living increases, the high prices of childcare are putting families under increased financial pressure.