Manchester is the cheapest city in the world according to its inhabitants.

Statista's Florian Zandt details below that in a survey connected to the annual Time Out Index by TimeOut magazine, only ten percent of Mancunians thought their city was too expensive. As Statista's chart shows, most of the highest-ranking cities can be found on the European continent. 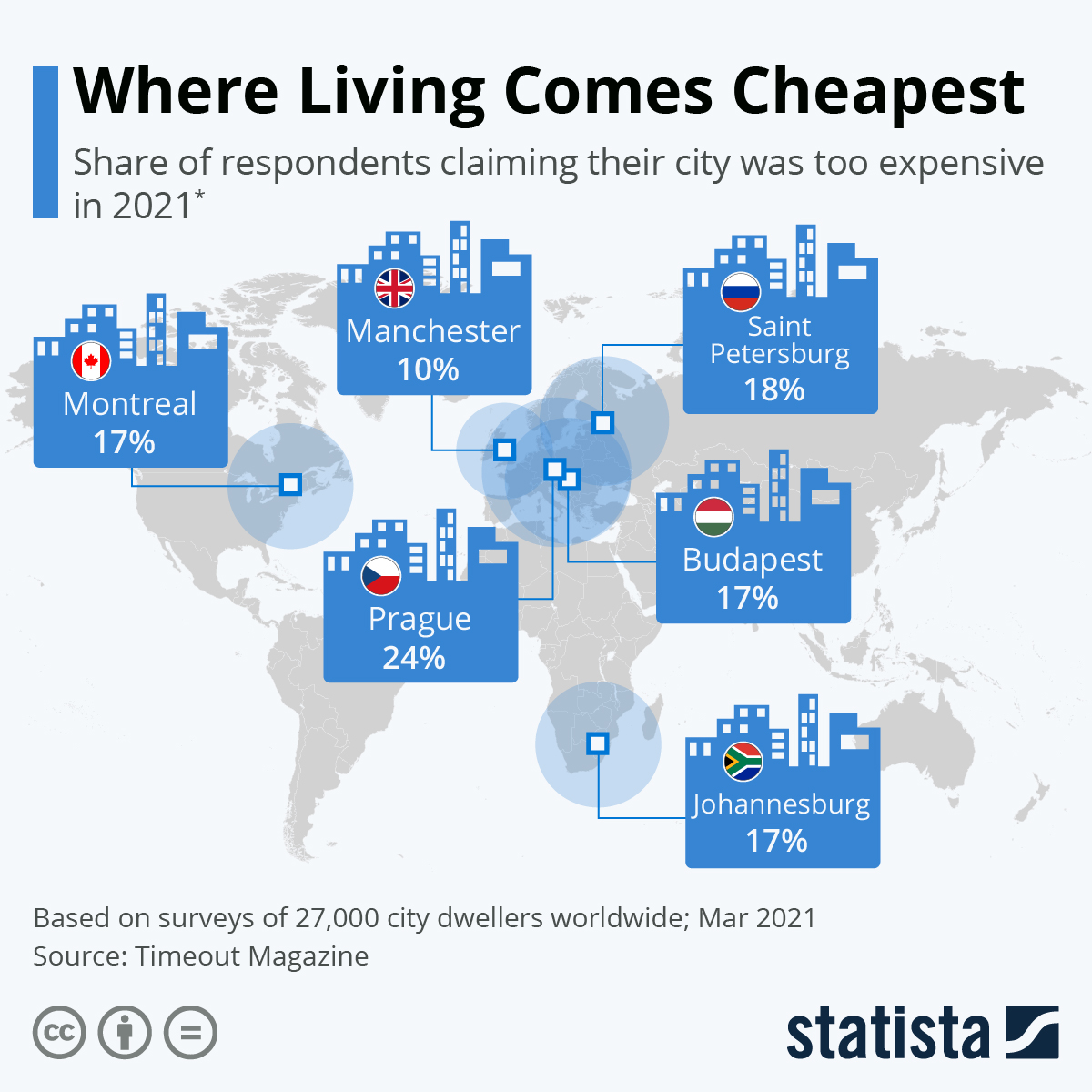 For example, 17, 18 and 24 percent of respondents in Budapest, St Petersburg and Prague, respectively, said that their city was overpriced. Sharing the third place in with Budapest in this ranking of the world's cheapest cities are South Africa's Johannesburg and the Canadian city of Montreal with 17 percent each.

While these results may come as a surprise for some, the other side of the spectrum is host to some of the more usual suspects.

For example, a whopping 99 percent of people surveyed in Zurich claimed that living in the biggest city in Switzerland was too expensive, with 87 and 86 percent of people living in Tel Aviv, Los Angeles and Paris, respectively, thought the same about their home.