Giving up social media or alcohol for Lent are by far the most common ways to engage in modern fasting before Easter, but, as Statista's Katharina Buchholz notes, interest in (temporarily) swearing off meat is rising. This is according to tweets on the topic of Lent analyzed by Bible data site OpenBible.info. 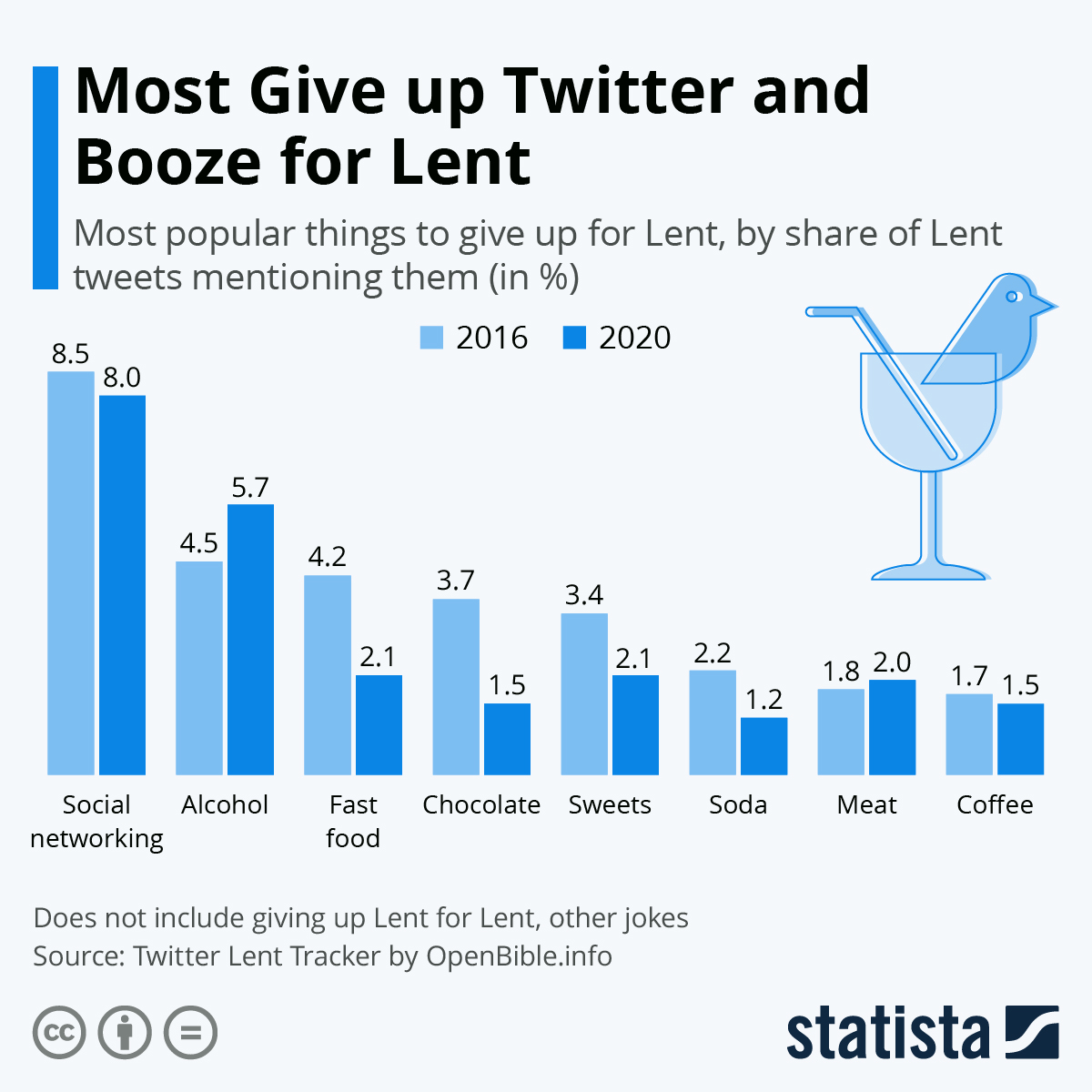 The intention to give up social networking has been continuously high throughout the years, while interest in a sober Lent has also increased. The makers of the Twitter Lent Tracker credit this to the recent rise of dry January. The month has become Lent’s rival fasting occasion for people seeking an alternative to New Year’s resolutions. Just as seen in the Lent trends, giving up meat (and other animal products) for a while has proven popular as Veganuary. As far as social media goes, Twitter was identified as the fast-worthiest - far ahead of Facebook or Instagram -, but this could also be due to the fact that the analysis was carried out on Twitter itself.

Swearing off fast food, soda and sweets has seemingly fallen out of fashion in recent years. Equally, interest in fasting on potato chips has more halved from around 2 percent of all Lent tweets mentioning it in 2017 to only 0.8 percent in 2020. Interest in swearing less went a similar route. Laying off sex has hovered at around 1-1.5 percent over the years, similar to foregoing coffee.

Ash Wednesday on today, Feb 17, marks the start of Lent in 2021. Some Christians fast during this time to commemorate Jesus' 40-day journey into the desert after his baptism. Traditional practices range from going without meat and/or dairy, eating only bread or even nothing at all during the day.