Idaho is America's fastest-growing state, according to data released by the U.S. Census Bureau. Its population increased by 2.1 percent to almost 1.8 million from July 2018 to June 2019. Nevada is the second fastest growing state, followed by Arizona.

As Statista's Katharina Buchholz reports, new residents moving in from other parts of the U.S. have for some years been responsible for the population increase in the U.S.' three fastest-growing states in the Mountain West and Southwest of the country. The fourth fastest-growing state, Utah, is growing because of an excess of births over deaths. 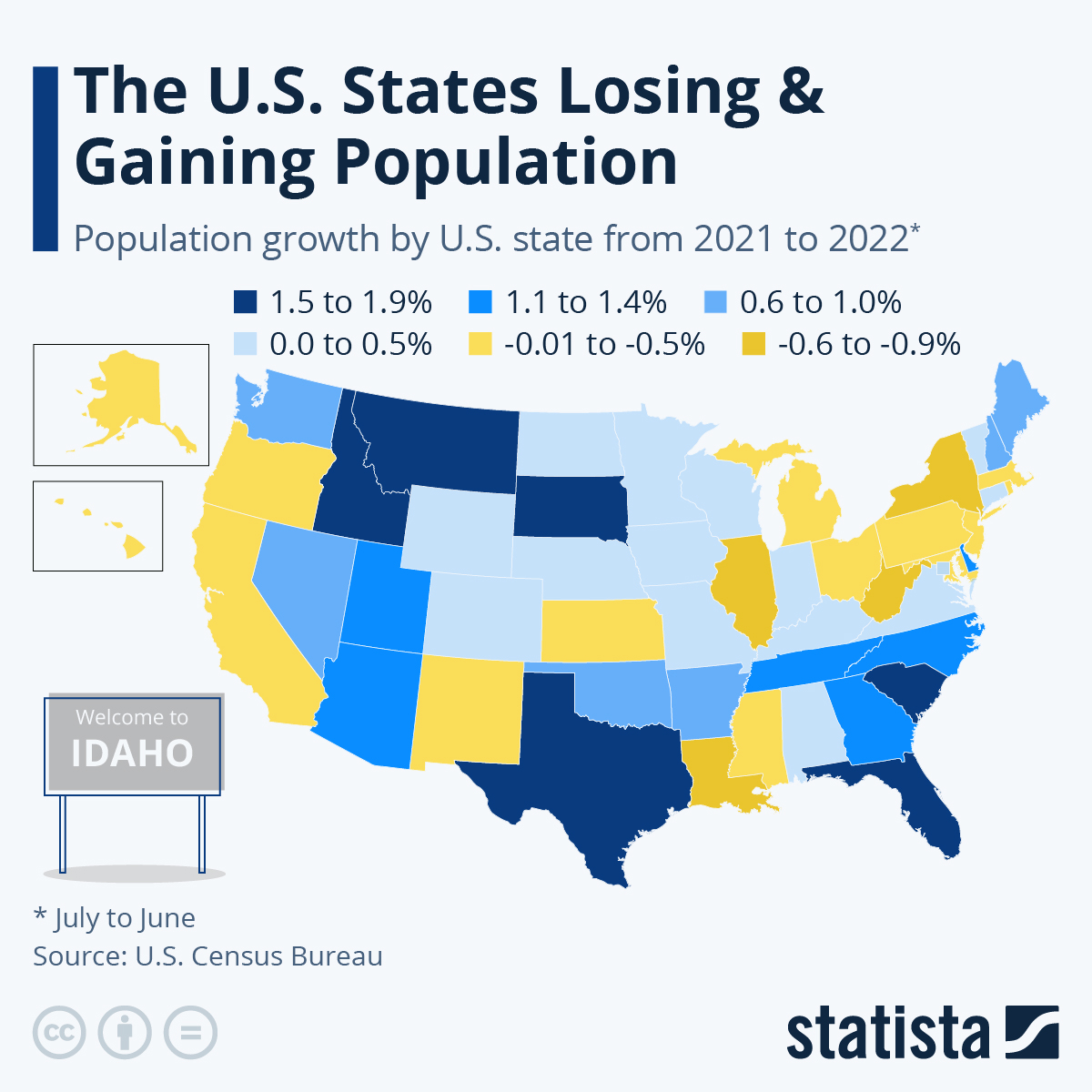 Ten U.S. states decreased in population - if only slightly - between the two years.

Even before the coronavirus pandemic, New York state was among them.

The state has lost population due to a decline in immigration that used to make up for people moving away. Population decline affected states in the Northeast as well as West Virginia, Illinois, Louisiana, Mississippi, Alaska and Hawaii.