According to reports from Bloomberg and W42ST, Uber has been rolling out its collaboration with New York City taxis which the groups had agreed on back in March.

Statista's Katharina Buchholz reports that under the agreement, cabs can be ordered using the Uber app as long as drivers opt in. Taxis will be offered at the same pre-calculated fares usual for Ubers and will be priced at the level of UberX.

The unlikely alliance between the two actors long considered mortal enemies was first announced for New York City, but has since been expanded to Brussels and a nationwide Italian cab company as well as providers in Spain, Greece, Germany and Austria. Yet, the New York deal remains most remarkable as Uber has been relegated to licensed taxis business in European countries anyways. So how did it come about in such a highly competitive and lucrative market for taxis and ride-shares like New York City?

According to March reports by The Wall Street Journal, Uber had been struggling with driver shortages amid the U.S. labor crunch, which led fare rises. A look at the development of average daily taxi and ride-hailing rides in New York City by the NYC Taxi and Limousine Commission aptly shows the struggles Uber as well as traditional taxi companies have been going through since the onset of the coronavirus pandemic. The number of all rides in New York City plunged in early 2020 and neither taxis nor ride-hailing have fully recovered yet. 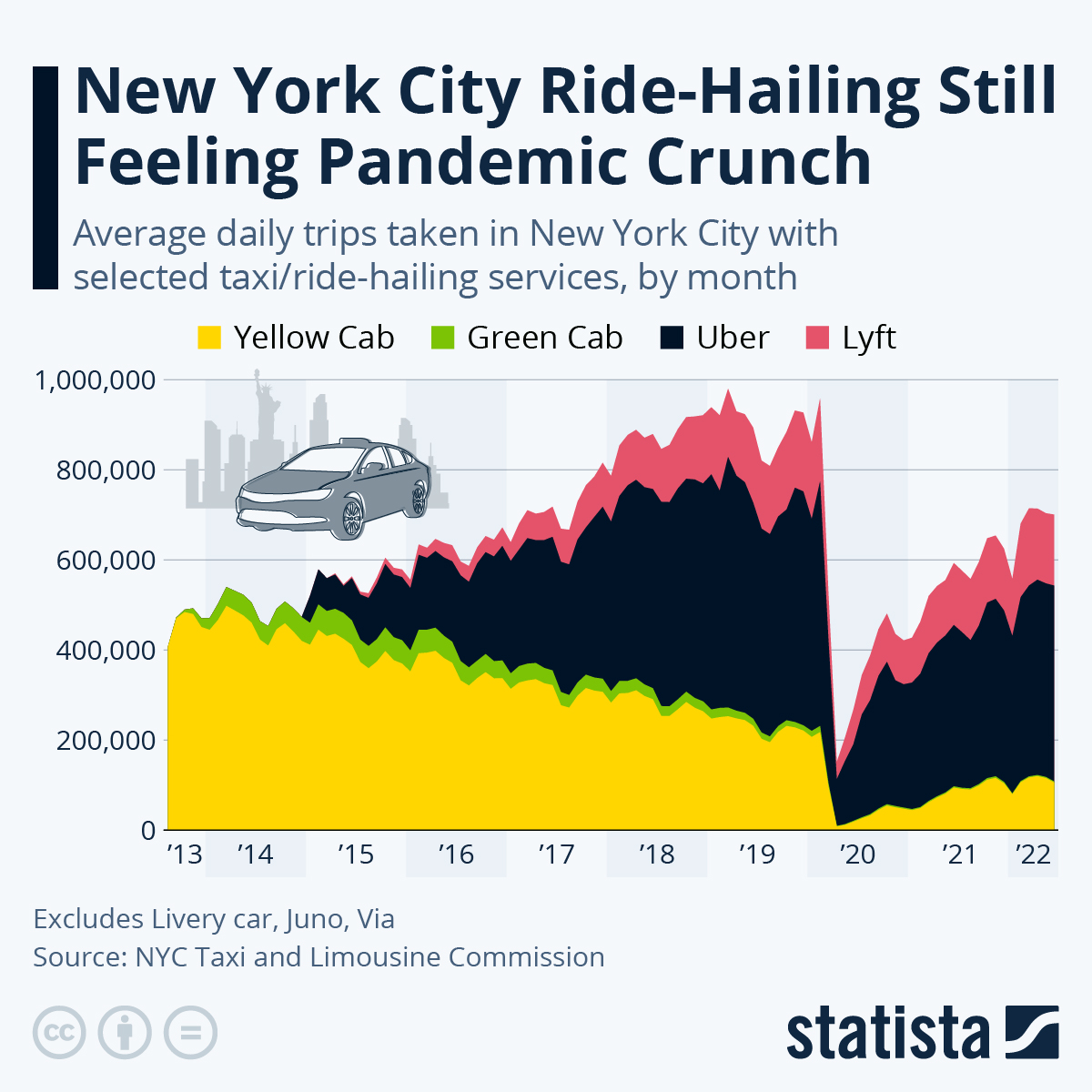 While ride-share drivers more easily entered other industries when business was down in the worst times of the pandemic, taxi drivers and operators were more likely to stick around but are now acutely looking to make up for pandemic losses. This twist of events causes taxi drivers of all people to be exactly the personnel that Uber is looking for at the present moment. But Uber wouldn’t be Uber if it didn't use the opportunity to go all out on a new strategy. As part of the course change, Uber’s global mobility chief Andrew Macdonald said in March that his company wanted to list every taxi in the world on its app by 2025.