As many as one in four Londoners did not own savings of at least £1,500 right before the full effects of the cost-of-living crisis began to set in, according to data from the 2022 Survey of Londoners.

This means the situations of Londoners have likely worsened since this data was collected - especially given the recent reports that 80 percent of UK customers have under £500 of savings in their accounts.

The following chart, from Statista's Anna Fleck, provides details on disparities that already existed and insight on which groups may be more vulnerable as a result now. 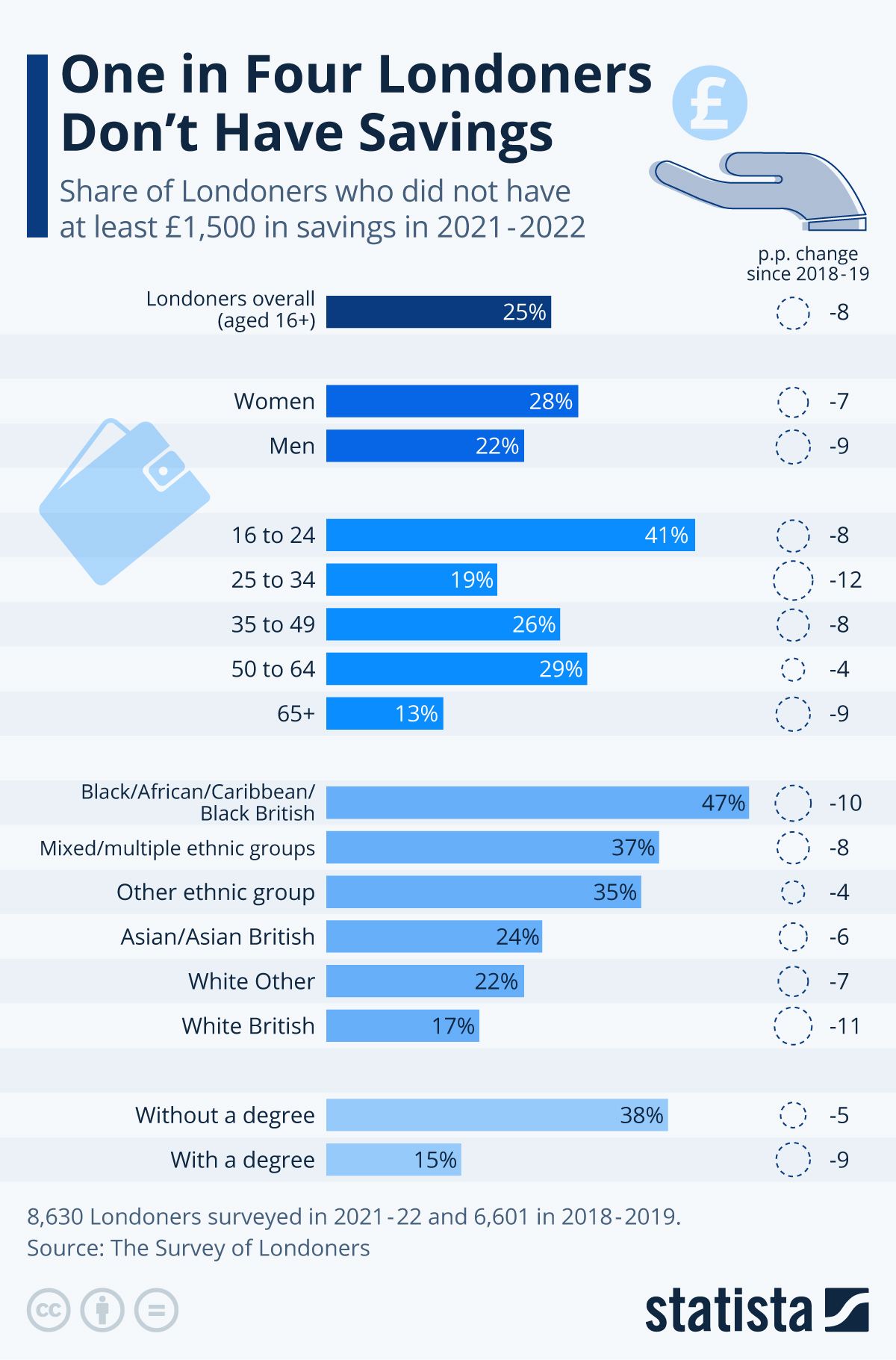 When looking at a breakdown of Londoners by different groups, it becomes clear that the average hides significant inequalities.

For instance, fewer women (28 percent) had £1,500 saved than men (22 percent), and younger Londoners (41 percent), those without a degree (38 percent), or those with a disability (36 percent) also had a higher likelihood of not having as much money in the bank as their counterparts.

The data clearly highlights patterns of social inequalities persisting across different ethnic groups, with nearly half (47 percent) of Black Londoners saying they did not have savings in 2021-22, versus only 17 percent of White Londoners.

As Statista's chart shows, when the survey was taken, the situation had improved across all groups since 2019, when one in three Londoners did not have £1,500 of savings. One reason for this, according to the Bank of England, is that a lot of people were able to save more during the coronavirus pandemic - especially higher-income households and retirees - as a result of household spending being down.

Analysts chose the savings amount of £1,500 as an estimate for how much money someone living in London would need as a buffer for unexpected costs such as boiler breakdowns, car MOT repairs and loss of income.