Several studies have found that the risk of contracting severe Covid-19 that can result in hospitalization, ICU admission, mechanical ventilation or death increases with age as well as the presence of underlying health conditions.

In the United States, the Centers for Disease Control and Prevention (CDC) recently released a study showing that a considerable share of the American population has some form of underlying health issue, which, as Statista's Niall McCarthy details below, places them at risk from severe forms of the virus. The study's findings are based on the 2018 Behavioural Risk Factor Surveillance System (BRFSS) and U.S. Census population data and it determined that 40.7 percent of U.S. adults (aged 18 and over) have a pre-existing health condition. 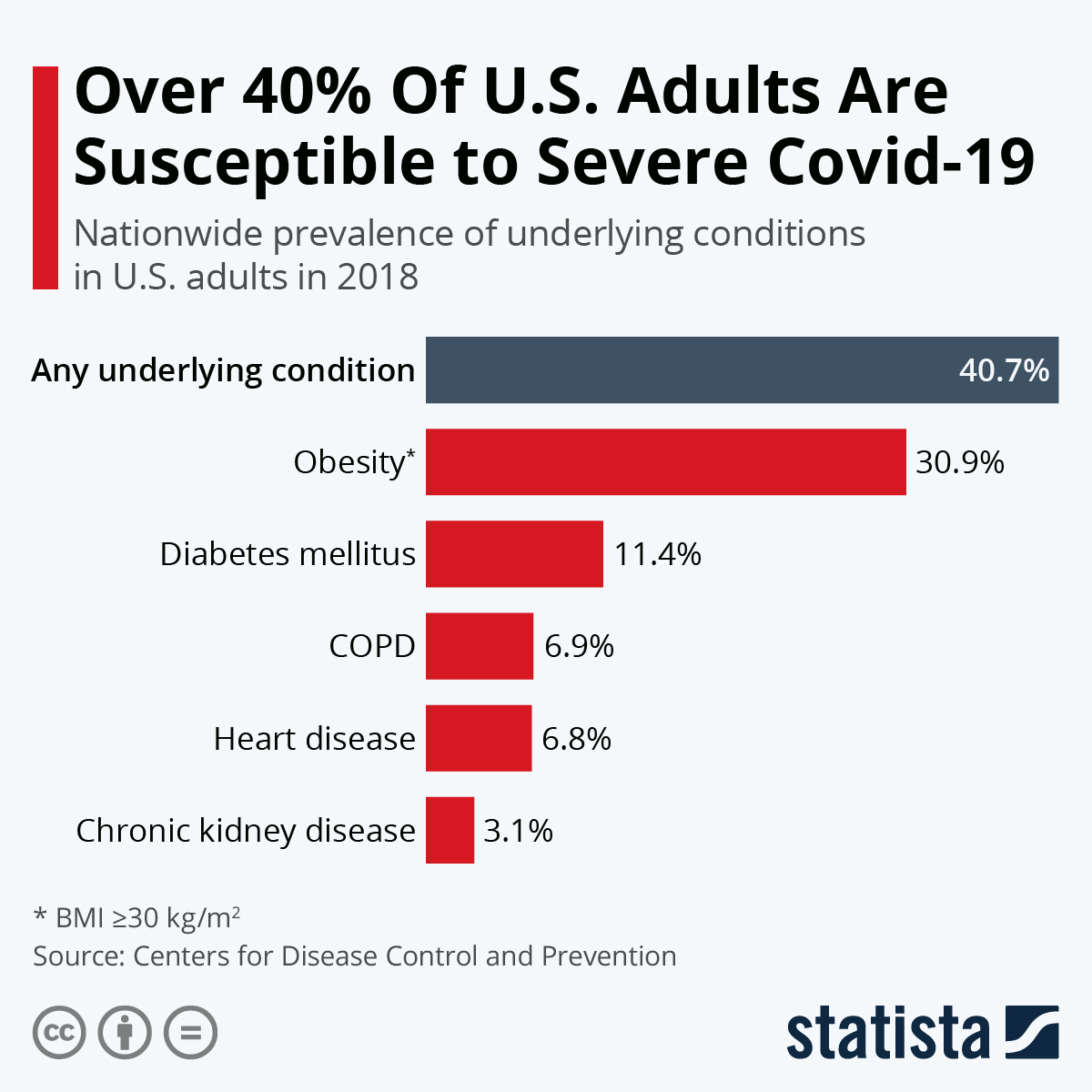 The most prevalent condition in the study is obesity, affecting just over 30 percent of Americans and it followed by diabetes which has a national prevalence of 11.2 percent.

Chronic obstructive pulmonary disease (COPD) and cardiovascular disease have a prevalence of just under 7 percent while chronic kidney disease is at approximately 3 percent. The CDC stated that "while the estimated number of persons with any underlying medical condition was higher in population-dense metropolitan areas, overall prevalence was higher in rural nonmetropolitan areas."

It also added that "the counties with the highest prevalences of any condition were concentrated in Southeastern states, particularly in Alabama, Arkansas, Kentucky, Louisiana, Mississippi, Tennessee, and West Virginia, as well as some counties in Oklahoma, South Dakota, Texas, and northern Michigan, among others".