When the COVID-19 pandemic hit the United States in March 2020, forcing gyms to shutter and public transportation to suspend operation, millions of Americans re-discovered bicycles as a safe, socially-distanced form of physical exercise and transportation. As Statista's Felix Richter notes, the bike boom hit retailers unprepared, causing new bicycles to become a scarce commodity, exacerbated by the fact that global bicycle supply was also constrained due to Covid-19.

According to inflation-adjusted figures published by the U.S. Bureau of Economic Analysis, Americans spent $7.0 billion on bicycles and accessories in 2020, up from $6.1 billion the year before. The trend continued in 2021, when consumer spending on bicycles and accessories reached almost $8 billion. Looking at seasonally adjusted quarterly figures, bicycle spending peaked in Q2 2021, when consumers bought bikes and equipment at an annual rate of $8.3 billion compared to pre-pandemic spending of around $6 billion per quarter. 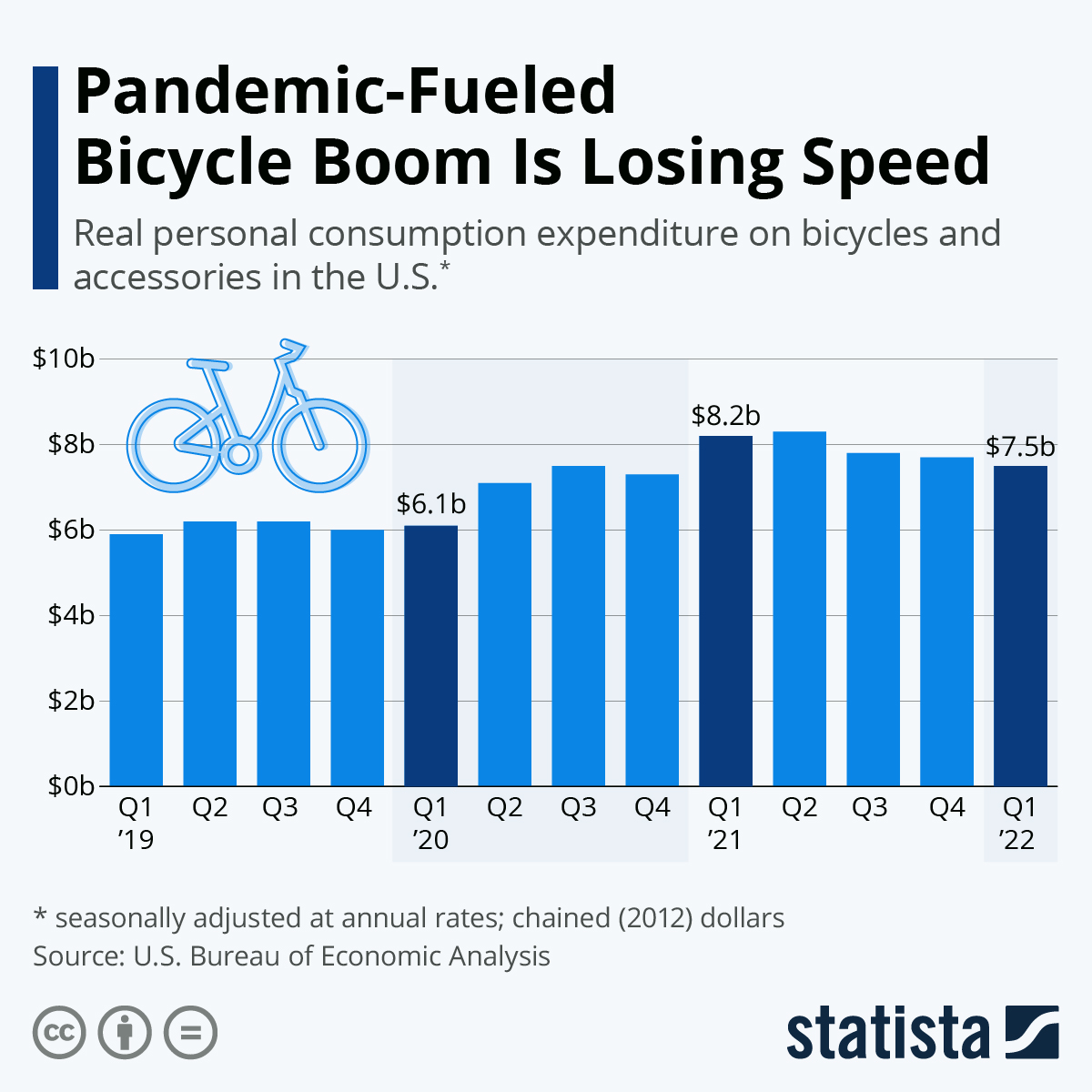 However, at an annual rate of $7.5 billion, spending remains above pre-pandemic levels; fueling hopes that the industry could remain in a higher gear compared to pre-Covid days.