Data shows that 16,000 Chinese and 7,000 Indian high net worth individuals moved out of their respective countries in 2019. The study by AfrAsia Bank covered only individuals with a net worth of $1 million to $9.9 million, who took up residency in a new country and spent at least half of the year there.

While these millionaires for China and India constituted only a loss of 2 percent of their HNWI population, Statista's Katharina Buchholz notes that the relative outflow from Russia and Turkey was higher at 6 and 8 percent, respectively.

According to the report, work opportunities, tax and financial concerns were among the reasons HNWI were deciding to make these moves. But the decision could also be of a personal nature. Better health care systems, better education systems, safety, a better standard of living and - last but not least - escaping an oppressive regime also led to HNWI picking a new home. 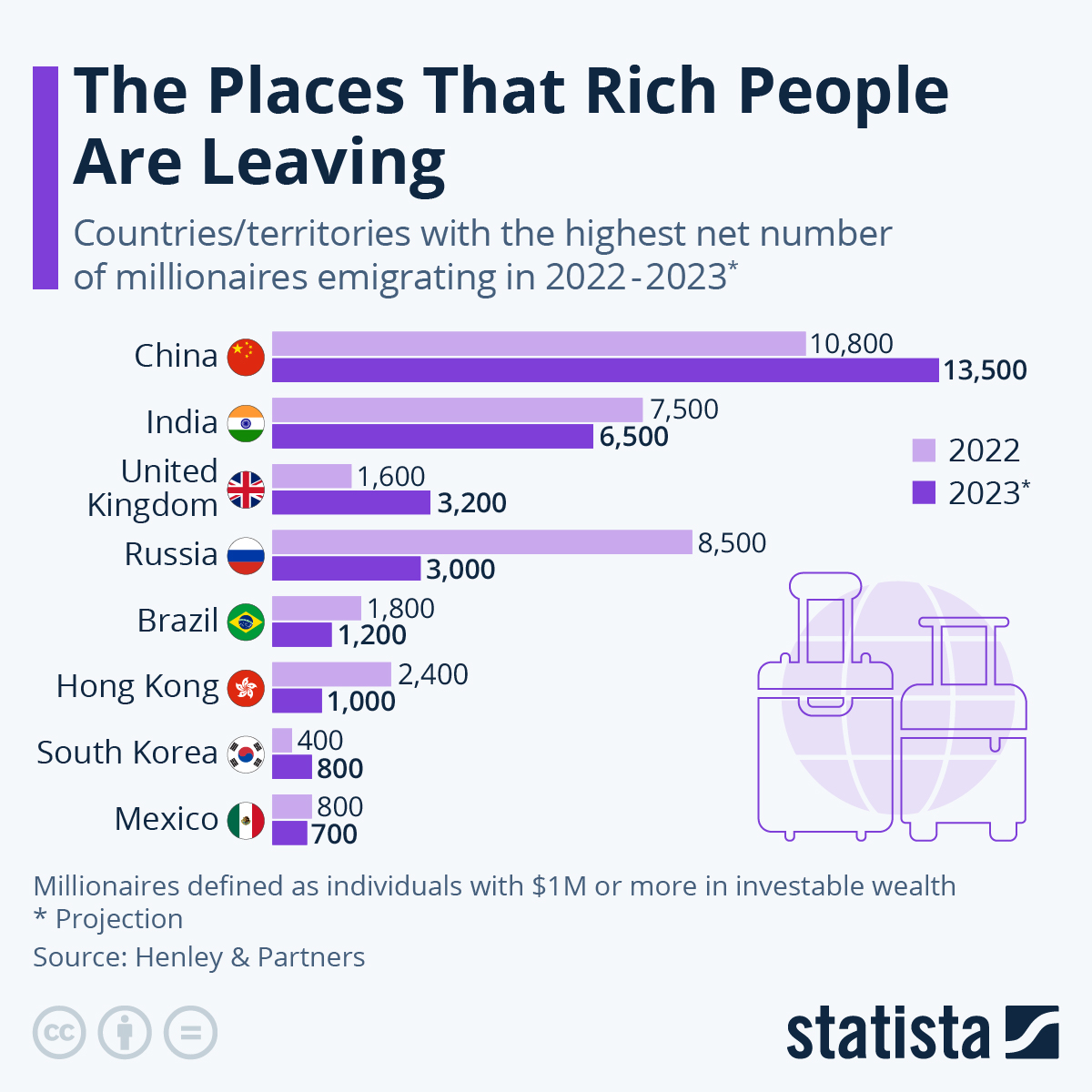 Australia topped the list of receiving countries, attracting 12,000 HNWI in 2019, which upped its HNWI count by 3 percent.

Portugal and Greece were also among the top 10 of countries attracting HNWI. In addition to their sunny climates, both countries run investor programs which grant access to EU residency and citizenship. Only around 30 percent of HNWI emigrate using investor visas, however. The majority actually uses traditional means like work visas, family visas or gaining a second passport through ancestry.