Only three countries in the European Union observe a strict ban on sex work, criminalizing both the buyers and sellers, with France, Sweden and Ireland following the so-called Nordic model of neo-abolitionism which makes soliciting sex workers illegal. Overall, as Statista's Florian Zandt details below, the EU member states have a rather lenient approach to people voluntarily offering sexual encounters in exchange for money, as Statista's chart shows. 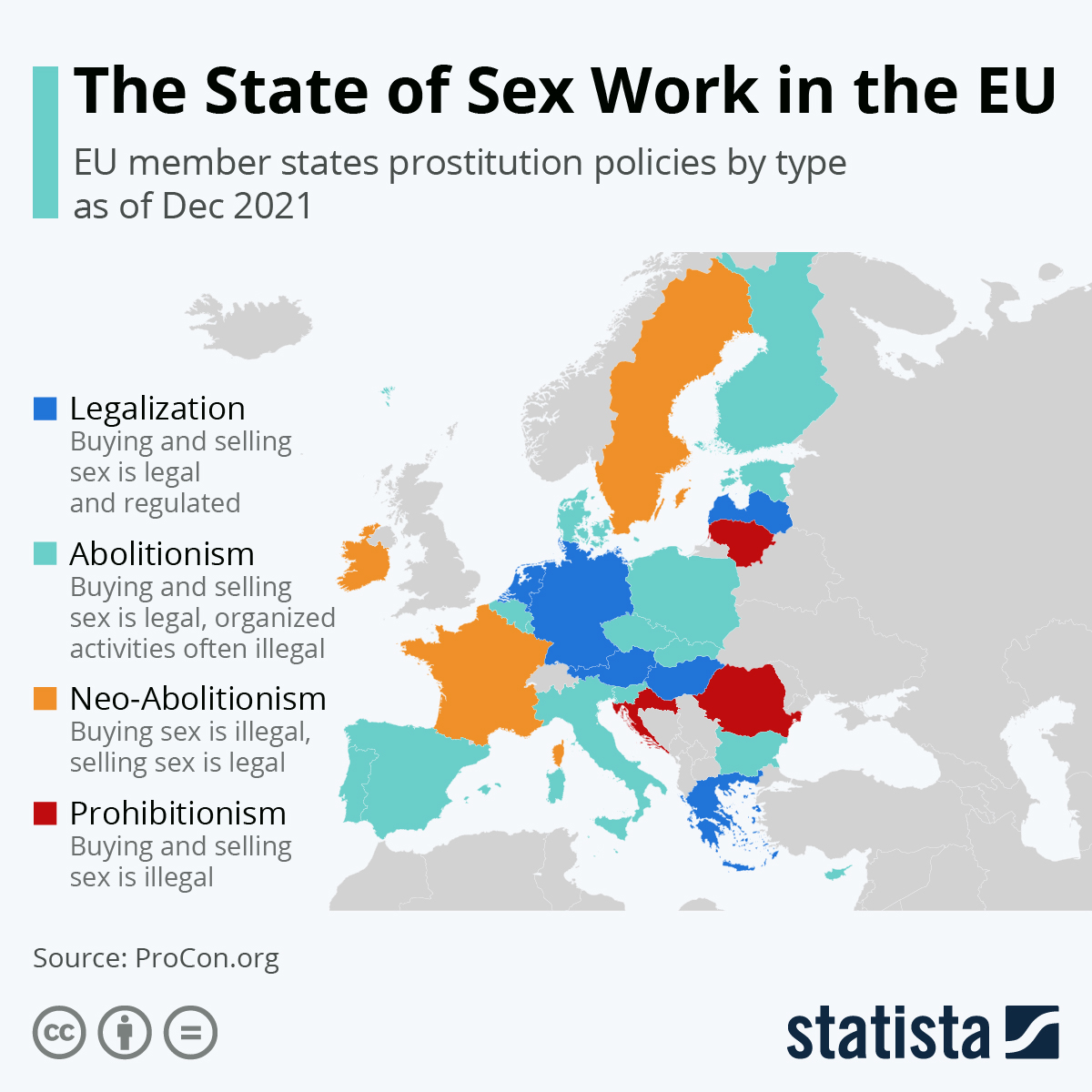 Countries like Austria, Germany and the Netherlands are at the forefront when it comes to incorporating sex workers into the regular working populace. In Germany, for example, the Prostitution Act passed in 2002 enables sex workers to enter regular work contracts, which in theory offer protection under labor law and require them to get registered and pay taxes. In reviewing the effects of this law in 2007, the government concluded that working conditions had only improved for 35 percent of sex workers in the country. The Netherlands legalized the trade as early as October 2000 and allowed freelance and hired sex workers to join official unions, with polls across the populace showing widespread support for the idea of sex work as a regular job and the legitimization of brothels in years prior.

While sex work is an ancient trade, it's still a hot-button issue not only on International Day To End Violence Against Sex Workers observed each year on December 17. Organizations like the European Sex Workers' Rights Alliance and the Global Network of Sex Work Projects call for an end to human trafficking while recognizing the demands of voluntary sex workers to de-stigmatize the practice and to give workers control over their own bodies and means of income. On the other hand, some human rights groups and second-wave feminists call for a complete abolition and criminalization of all paid sexual encounters, at least concerning the buyer's side.