Like many other businesses, America's breweries were desperately trying to stay afloat in the sea of economic devastation brought along by the Covid-19 pandemic.

Shuttered restaurants and pubs hit sales hard, taproom transactions evaporated and the distribution of kegs ceased. A Daily Beast article from May 2020 warned that 3,600 of America's breweries could go out of business and that coronavirus could kill craft beer.

However, as Statista's Martin Armstrong reports, fast-forward to 2021 though, and it seems reports of craft beer's demise have been greatly exaggerated. 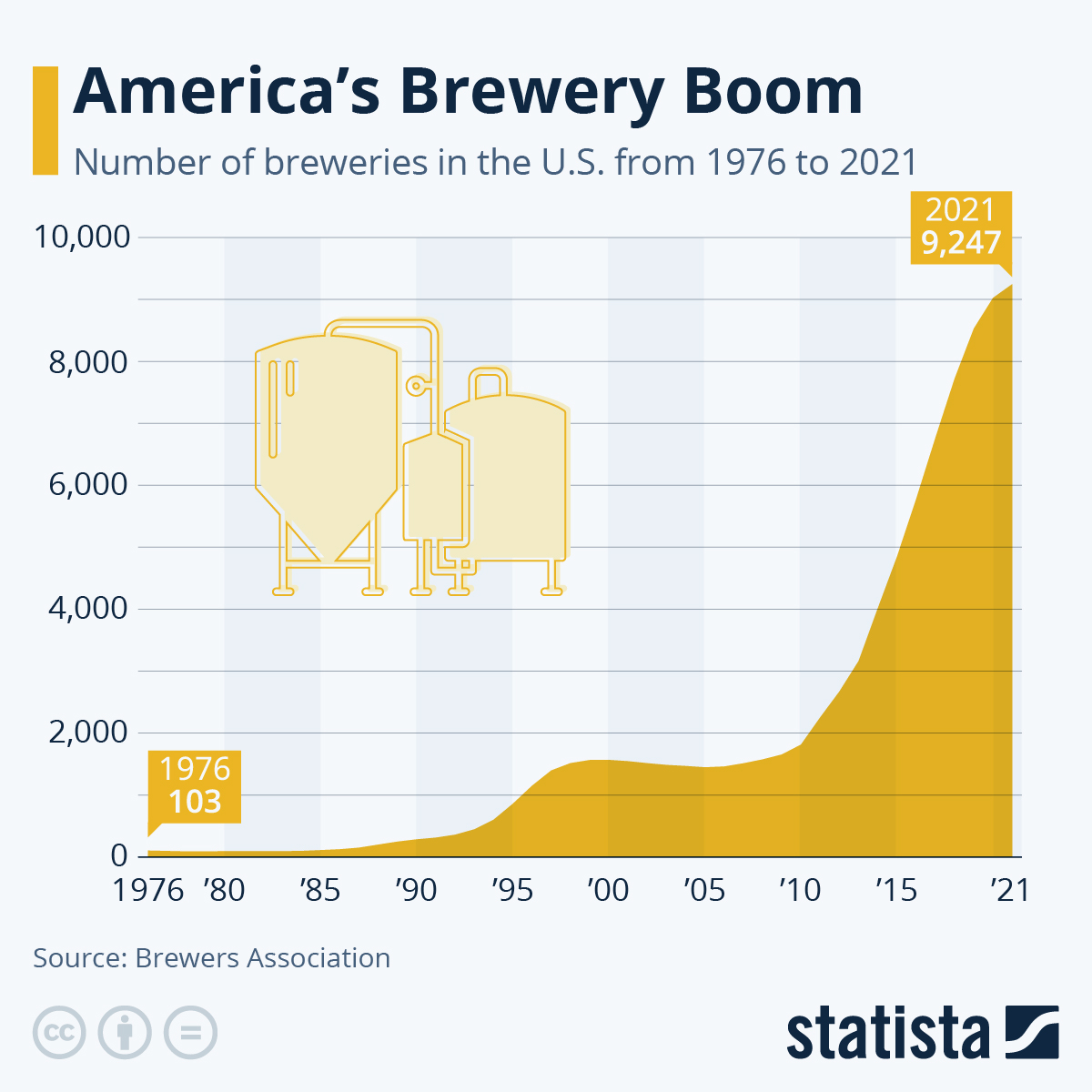 While the Brewers Association's midyear report for 2020 did indeed show that the U.S. beer scene was facing an unprecedented challenge, it certainly wasn't the doomsday scenario some were expecting. Volumes declined 10 percent during the first six months of the year compared to 2019 while the brewery count grew by 737. That is slower than the 1,000 new breweries added by mid-year 2019 but still an impressive performance given the situation. The latest figures, for 2021, reveal a more subdued but still healthy rate of growth: "Overall U.S. beer volume sales were up 1 percent in 2021, while craft brewer volume sales grew 8 percent, raising small and independent brewers’ share of the U.S. beer market by volume to 13.1 percent".

This International Beer Day, brewers can surely take heart from the incredibly successful decade they have behind them. Historically, the U.S boasted 4,144 breweries in 1873, a number that fell drastically by the middle of the 20th century. After Prohibition, the brewery count grew extremely slowly and as recently as the 1970s, the country had fewer than 100 functional breweries. 1978 was particularly poor with the count falling to just 89. Amid the craft beer explosion, such a low number is now unthinkable.

Up until the pandemic, the biggest problem thirsty revelers was the near infinite number of beers to choose from. According to the Brewers Association, the brewery count has grown spectacularly over the past 10+ years. In 2006, the U.S. had 1,460 of them and by 2019, the count had skyrocketed to 8,530. In 2021, that figure rose to 9,247.