A social safety net is synonymous with a failsafe for many, but, as Statista's Katharina Buchholz notes, in the case of the U.S. Social Security system, additional action is needed to ensure it stays that way.

The annual OASDI trustees report by the Social Security Administration, covering old-age, survivors and disability insurance, shows that under the present circumstances, the asset reserve dedicated to the benefit program could be depleted sooner rather than later. Under the report’s intermediate scenario, asset funds would run out sometime in 2034, while this could happen as soon as 2031 if the administration was to shoulder a high volume of costs in the upcoming years. Under the low-cost scenario, the fund could remain solvent until 2052 or even longer, depending on the calculation. The intermediate date moved forward by one year since last year’s report as the COVID-19 pandemic seriously diminished Social Security’s income in payroll taxes.

The system’s expenditures have been above its income for some time – with the difference being taken out of the asset fund and the interest it creates - but the gap has been widening over the years. While in the early 1980s, summarized OASHI costs only exceeded incomes by around 15 percent, that gap grew to almost 26 percent in 2021. As Baby Boomers retire and Americans are having fewer children, the balance between those who are working and funding social security and those who are receiving old age, survivor or disability benefits continues to tip. 2021 marked the first year when interest earned on the fund could no longer bridge social security’s spending gap, sending the asset reserve into a downward spiral. 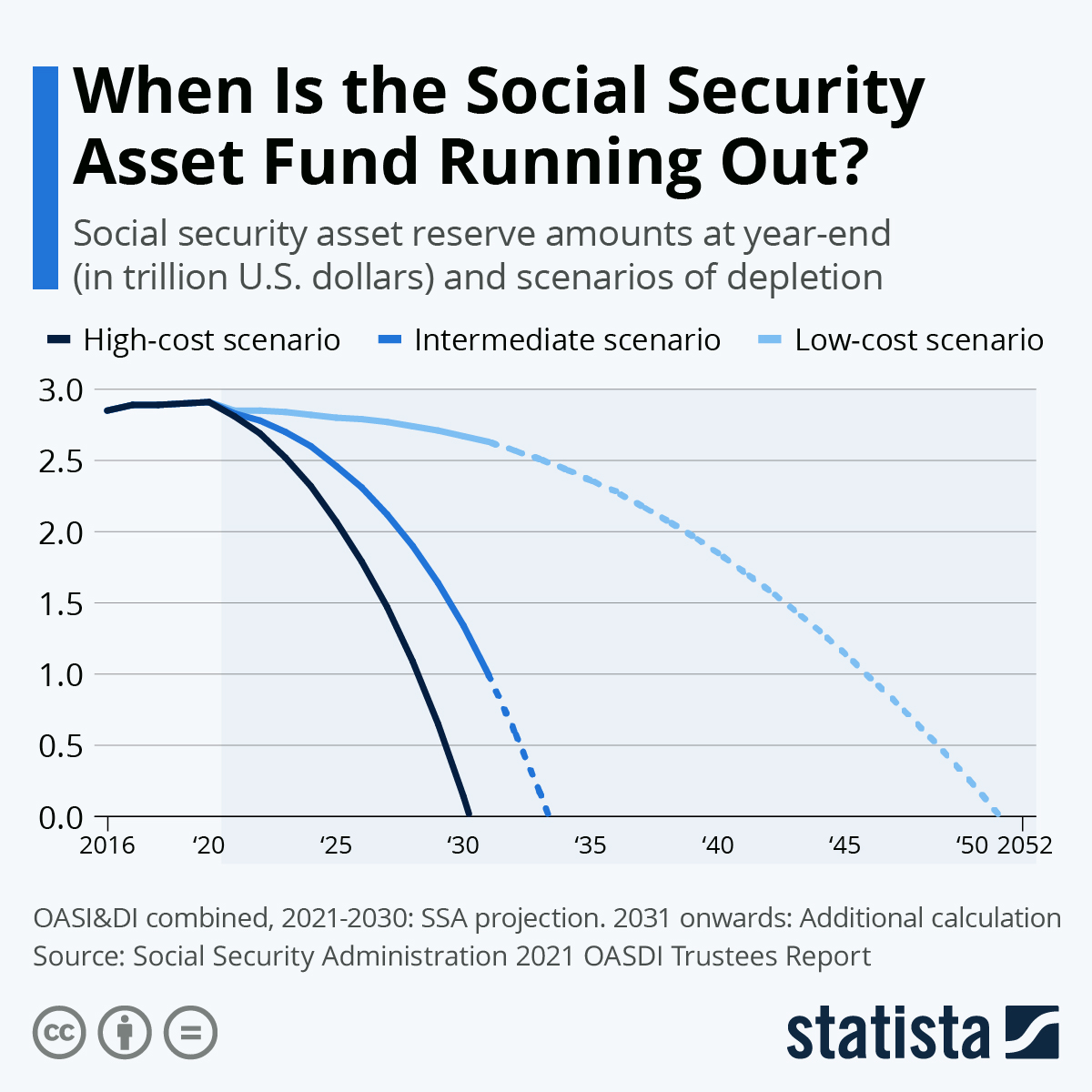 Because Social Security services are funded by the payroll tax on a pay-as-you-go basis, the income-cost gap equals the amount the administration would no longer be able to pay out if the fund would in fact be depleted. In order to stop funds from running low, Congress would have to act to provide additional revenue to Social Security, for example by raising the dedicated payroll tax, to lower its cost by cutting benefits or attempt a combination of both.