New initial estimates by Eurostat have revealed the potential effect the pandemic year 2020 had on the most economically at-risk in the European Union.

The losses in employment income were largely due to the unprecedented rise in the number of workers absent from work or working reduced hours. However, the usual government transfers and taxes as well as temporary policies helped to offset the impact of the COVID-19 crisis on disposable household income. 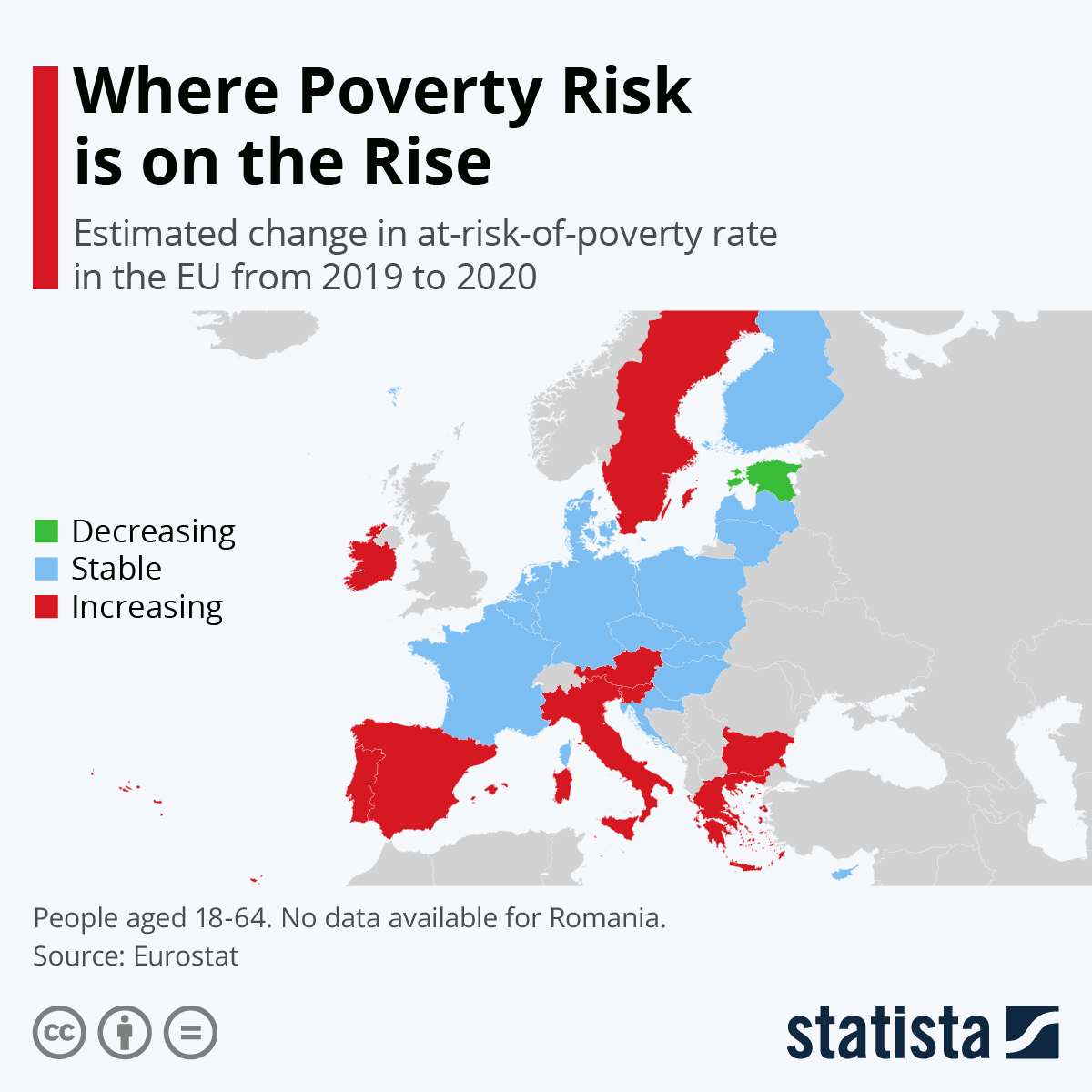 Elsewhere, the situation remained more or less static, while Estonia record a decrease.