Indian industrial magnate Mukesh Ambani made headlines recently when he entered the more-than-exclusive club of those with $100 billion or more in net worth. Currently, eleven men can call themselves members of this elusive bunch.

Tech billionaires dominate the global $100 billion club – and they are exclusively at home in the United States. Even though Tesla CEO Elon Musk – currently the richest person in the world – is arguably a hybrid case, the only tycoon other than Ambani who made it this big in consumer or industrial products is Frenchman Bernard Arnault. The third non-techie, Warren Buffett of investment group Berkshire Hathaway, also hails from the United States. 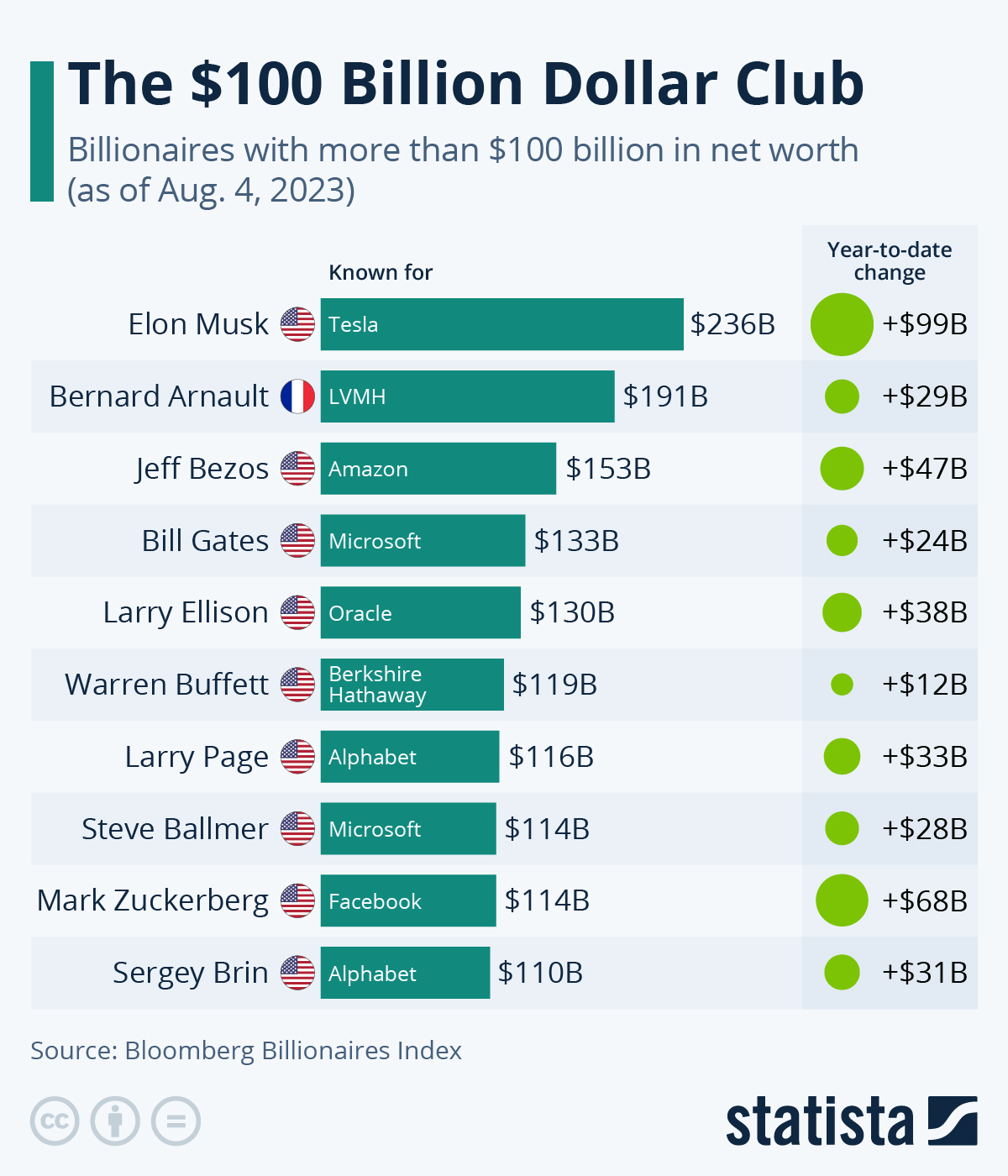 In comparison, the global 1 percent are a group of around 80 million people, while the global 0.1 percent still comprises 8 million individuals – making the $100 billion club the equivalent of the global 0.0000001 percent.

But, as Statista's Katharina Buchholz notes, the entrance of Ambani as the second non-American and first person from a developing country is likely only the beginning of a diversification of the $100 billion club that could start very soon.

According to data available through the Bloomberg Billionaires Index, eight billionaires could surpass the $100 billion barrier in the next four years, given that they continue to grow their fortunes at the same rate as they did between January and October 2021. 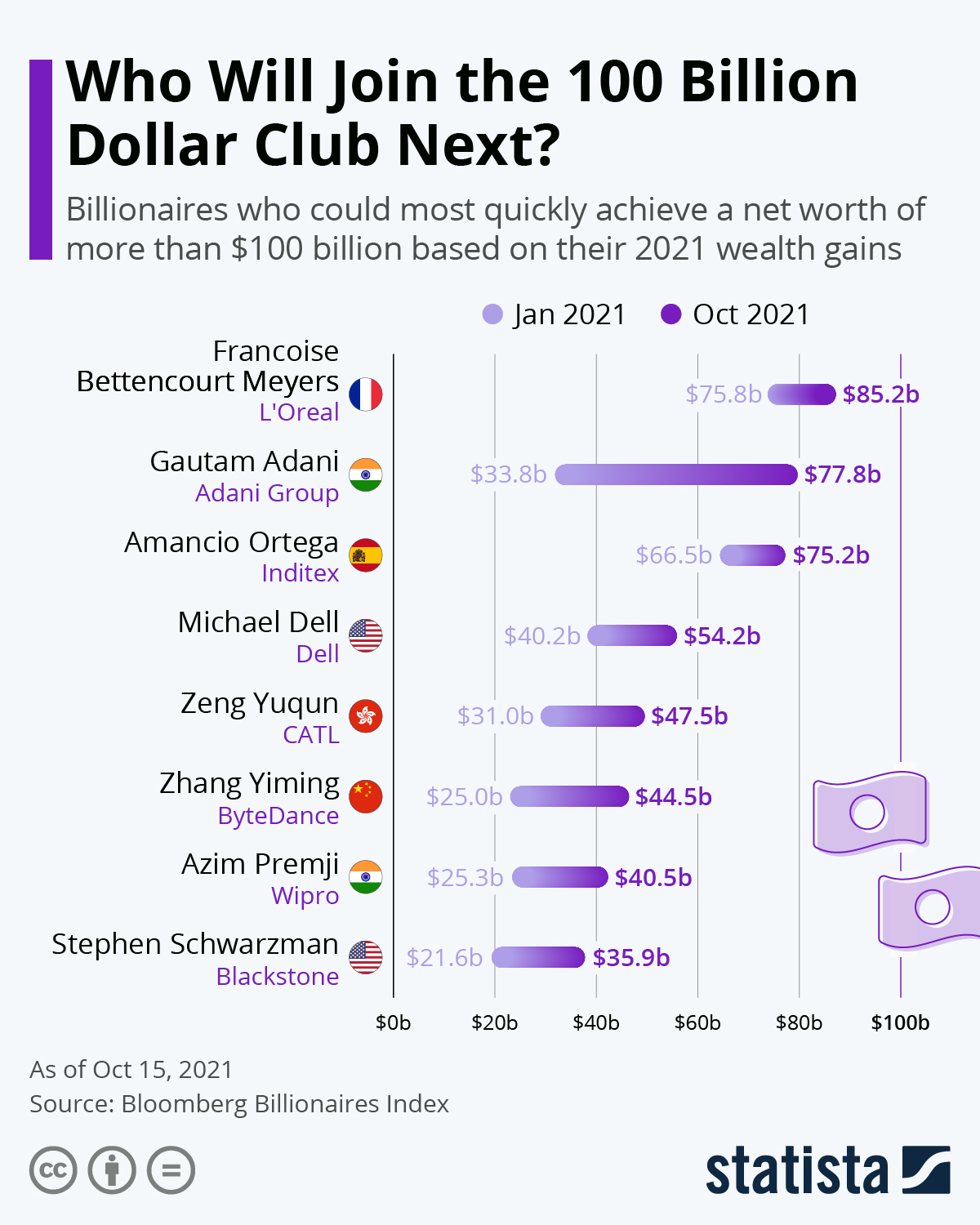 A second Indian, Gautam Adani of port operator Adani Group, could theoretically surpass the line in around five months, while the first woman who could join the club - French L'Oreal heiress Francoise Bettencourt Meyers - is still a potential 1.3 years away. A Chinese or Hongkongese member would join in early 2024, according to the calculation.

Of course, billionaires' net worth is tied to the volatile stock market and fortunes can change very quickly. Yet, the amount of contenders which are from more diverse backgrounds suggests that the list of the obscenely rich will start to look different in the future one way or another.