According to the United States Elections Project, at least 32 million people had cast their ballots as of November 2 for the midterm elections.

Of those, as Statista's Anna Fleck reports, roughly 13 million people voted in person nationwide, while more than 17 million returned their ballot by mail. 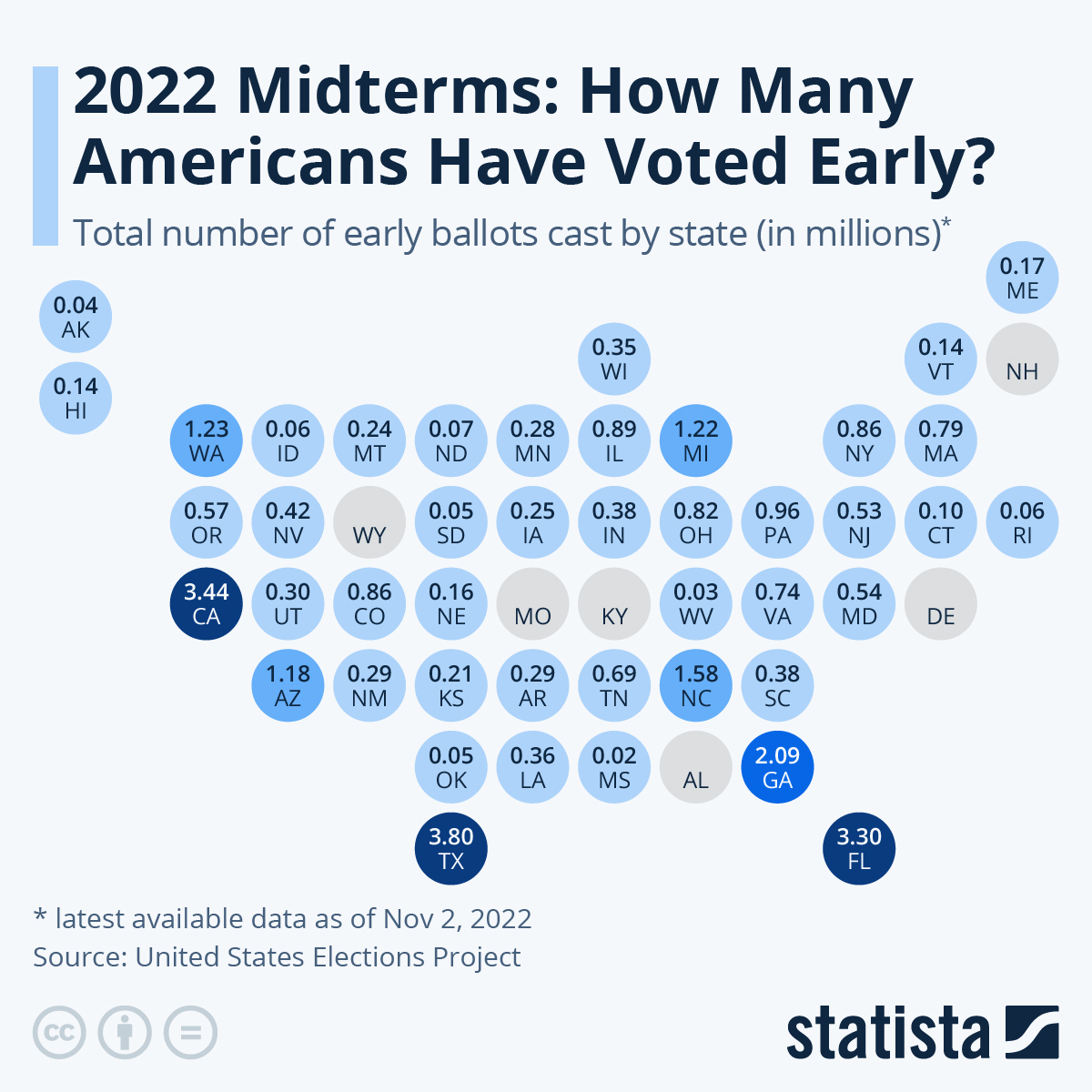 Fewer votes have been cast so far this year than in 2018, when the last midterms were held. Then, a total of 39 million ballots were counted, according to the U.S. Elections Project. However, this year’s figures will likely rise further before Election Day itself, since a total of 57 million mail ballots had initially been requested.

As Statista's chart above shows, the early voting wave has been highest in the states that have the biggest populations. Texas has led the way with nearly 3.8 million votes, followed by California with 3.4 million and Florida with 3.3 million.

The U.S. Elections Project found that in terms of demographics, 44.2 percent of early voters were Democrats, versus 33.5 percent Republicans, and 22.3 percent independents.

The over 65 year olds currently make up the biggest group at 46.2 percent of early voters nationwide, followed by 40.3 percent aged 41-65. Women also make up the slightly larger share at 54 percent, versus men at 44.8 percent.